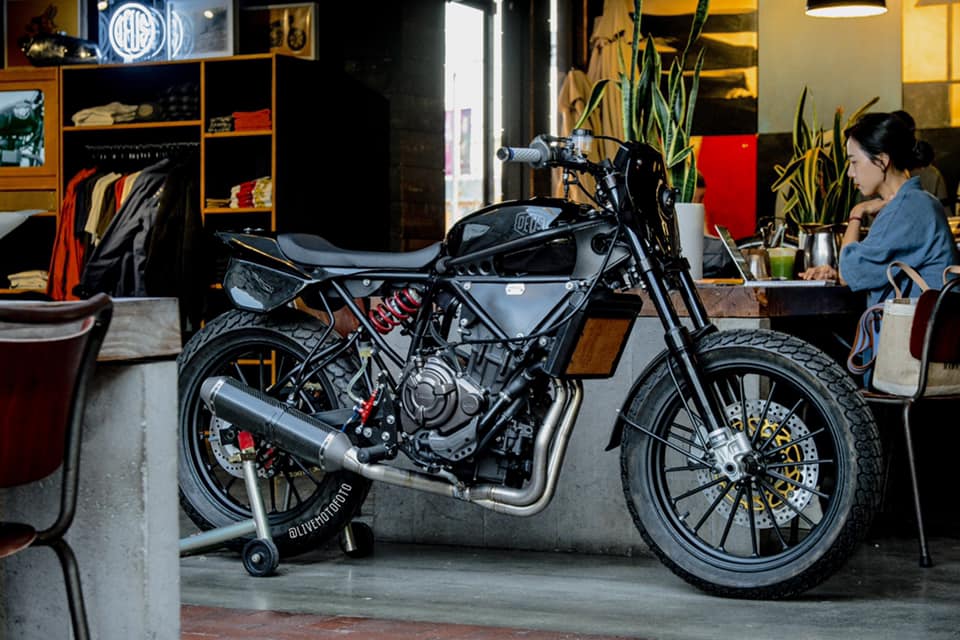 The Framer FZ-07 Tracker by Deus

Woolie does it again

There’s no doubt we’re huge fans of Michael “Woolie” Woolaway. As the Motorcycle Design Director of Deus Ex Machina USA, he has built some stunning custom bikes for celebrities and a few lucky regular Joes too. Not only is Woolie soft-spoken and incredibly modest, the dude is fast as hell on two wheels himself. We were in love when Woolie released a CR500 tracker for MotoGP legend Dani Pedrosa. His latest build, The Framer, appears to be the big brother to that Dani’s tracker. One capable to tearing down an American Flat Track full-mile oval…and kicking some ass along the way! 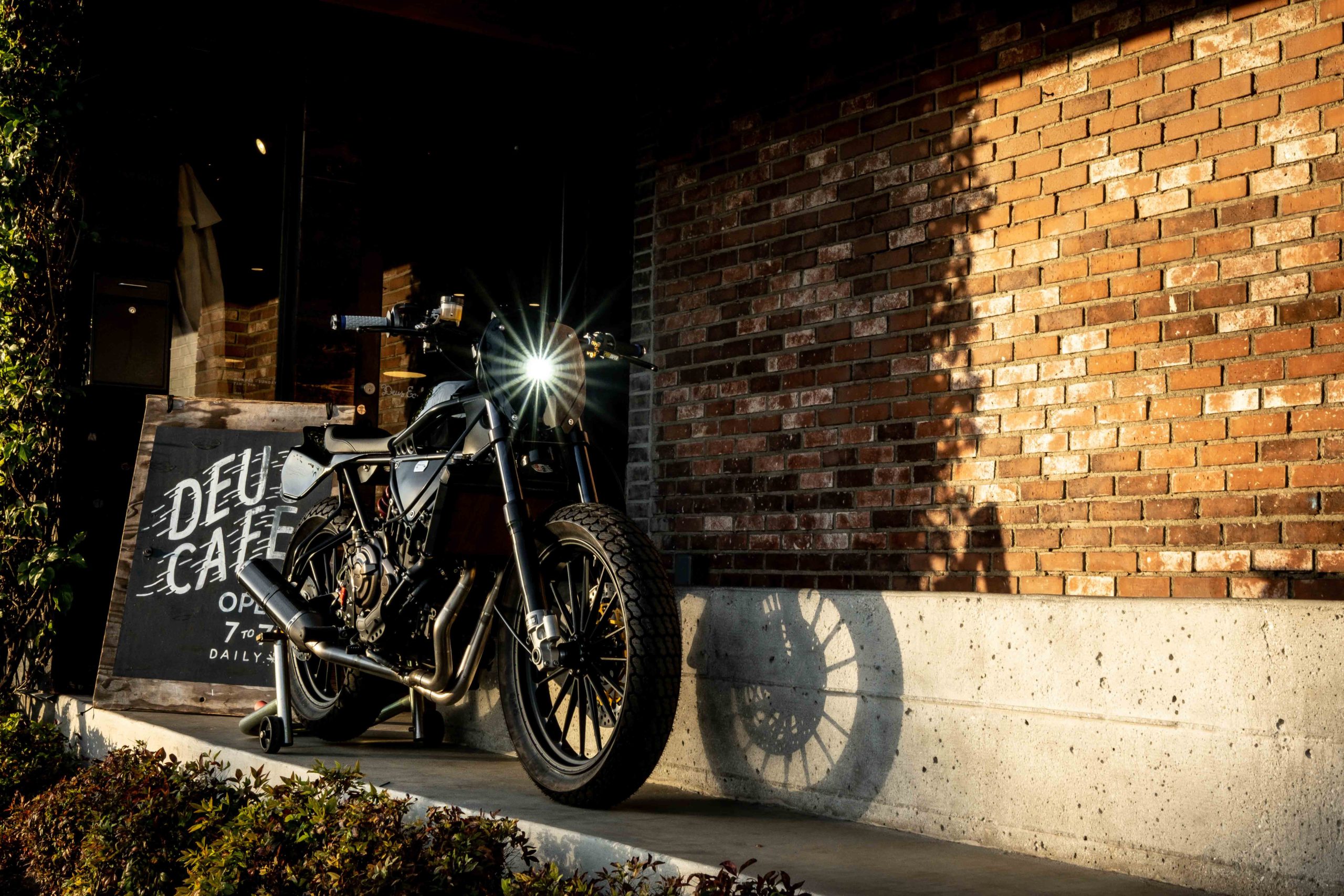 For Woolie and Deus’s latest build, they set out to create a proper American Flat Track mile racer for the street. A motorcycle capable of winning the Springfield or Sacramento mile that just so happens to have a headlight turn signals and a license plate. Affectionately nicknamed, “The Framer.” 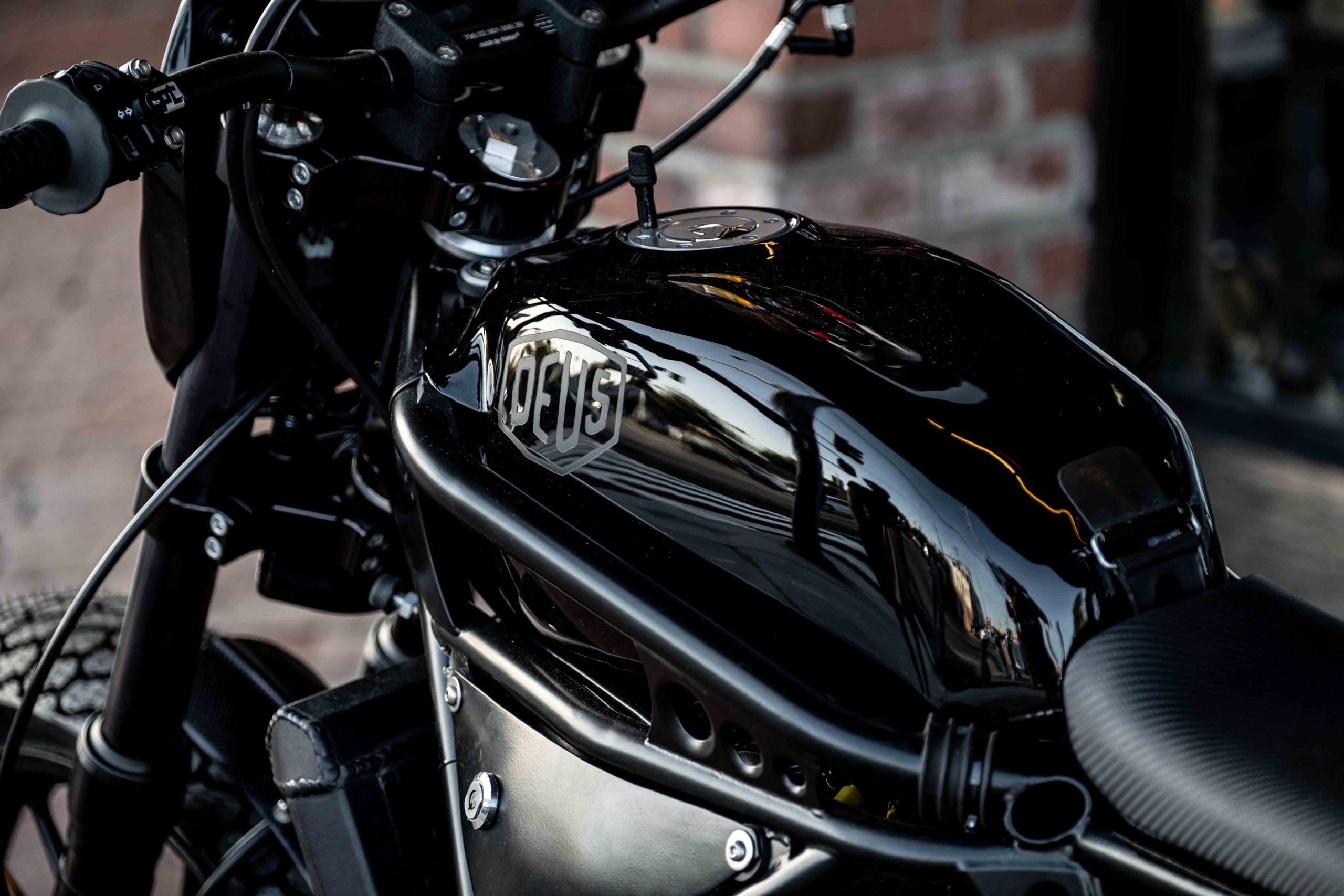 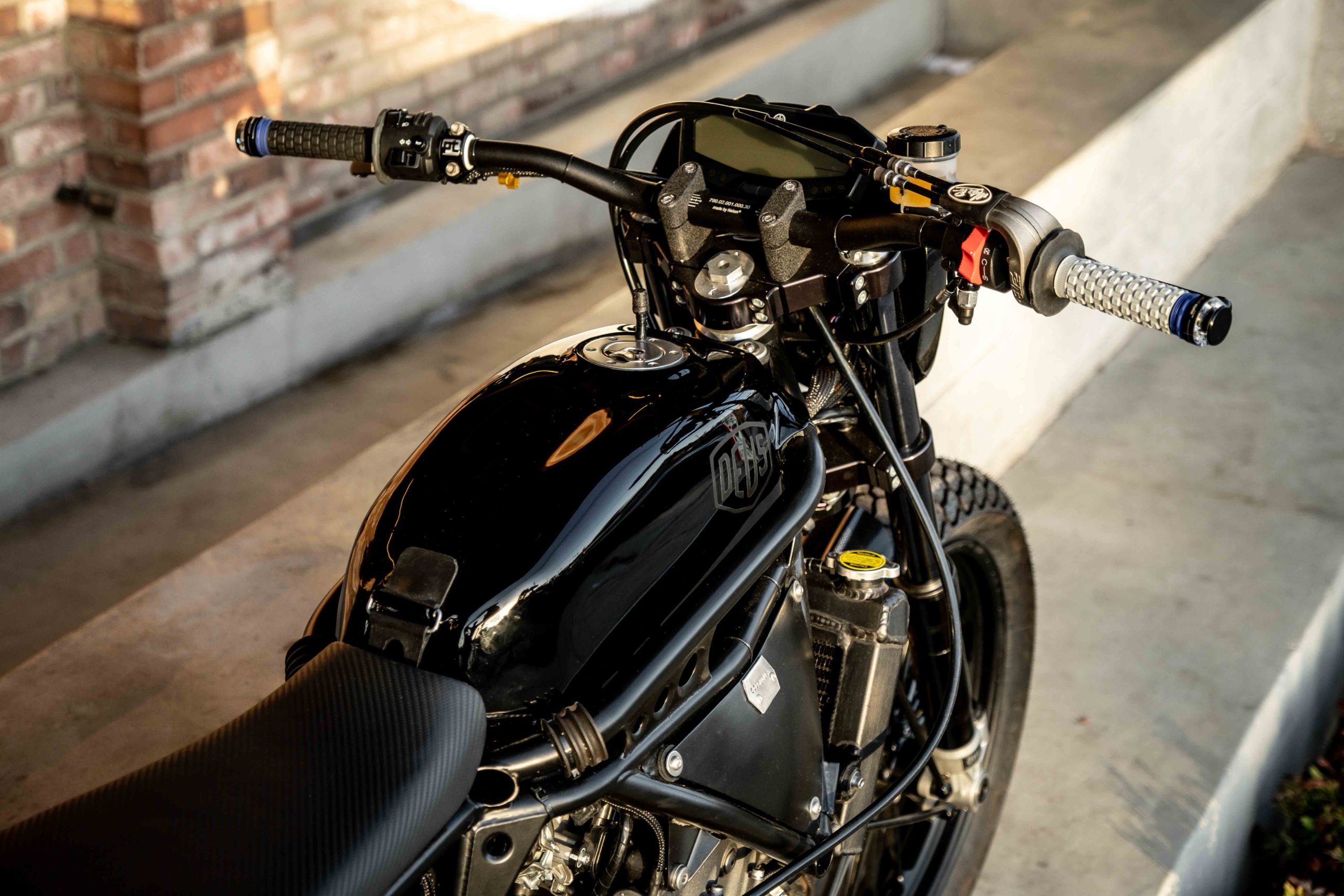 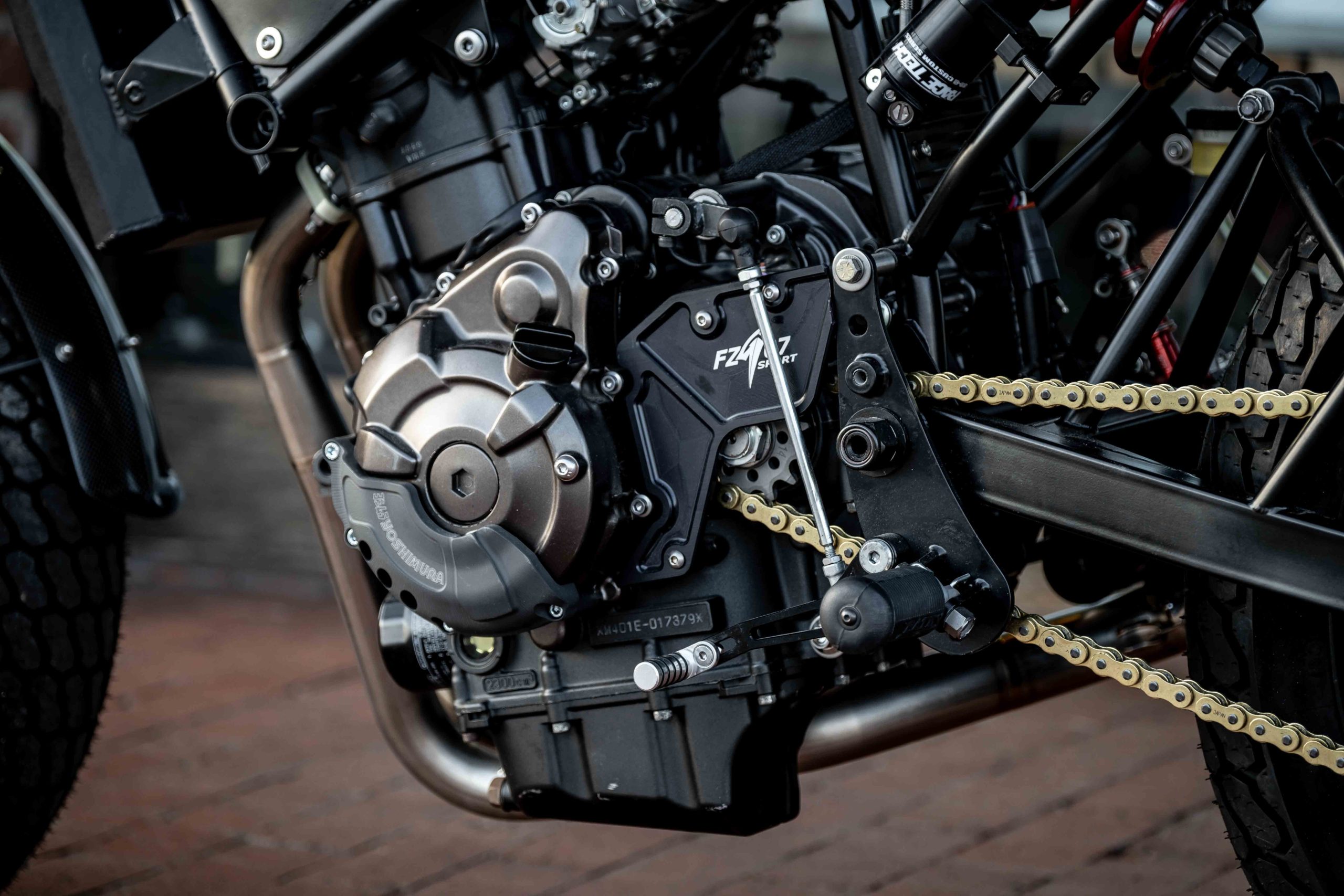 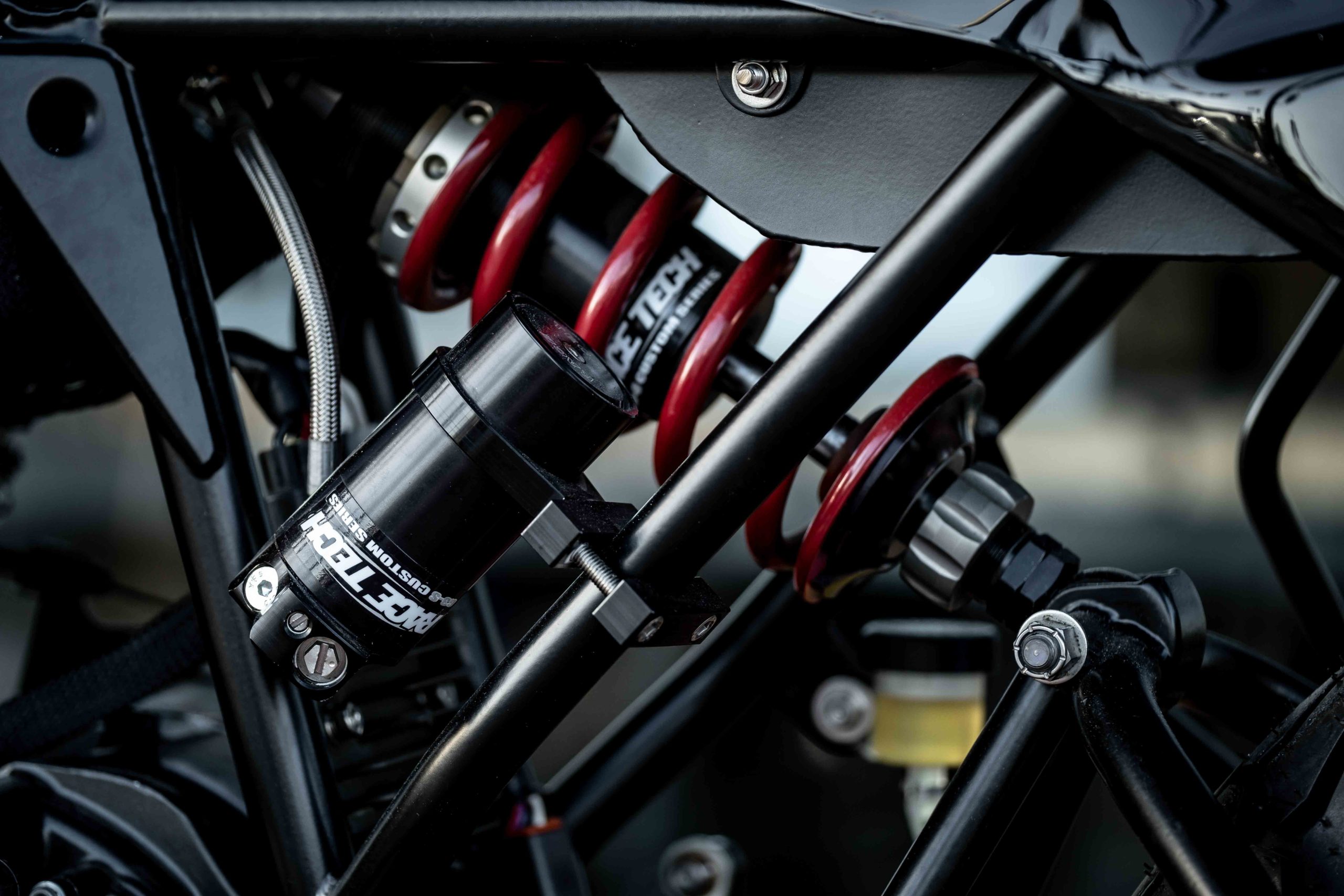 Legendary Flat Track chassis designer Jeff Cole assisted with the layout and geometry, his last official frame layout before retiring. Built from high-grade .60 Chromoly the frame for the Framer was meticulously designed around a custom fuel tank, where special considerations had to be made to ensure a fuel capacity that was street bike worthy without compromising the machines race derivation. 1100-0 aluminum was used to hand fabricated custom body pieces that give the bike its overall Flat Track Race aesthetic while hiding the wringing and electronics, including the fuel tank, front fender, and tail section topped by a handcrafted Saddleman seat. 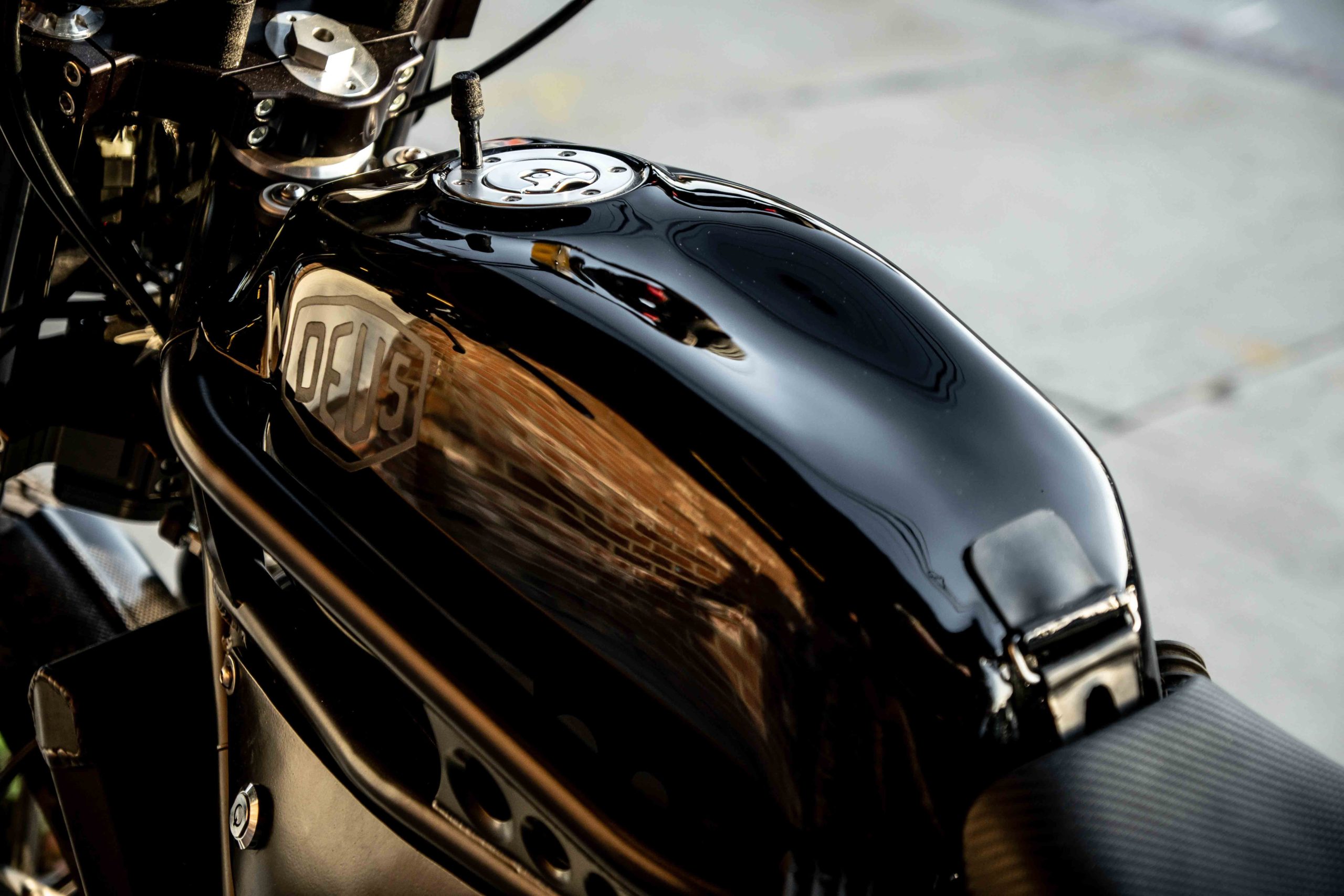 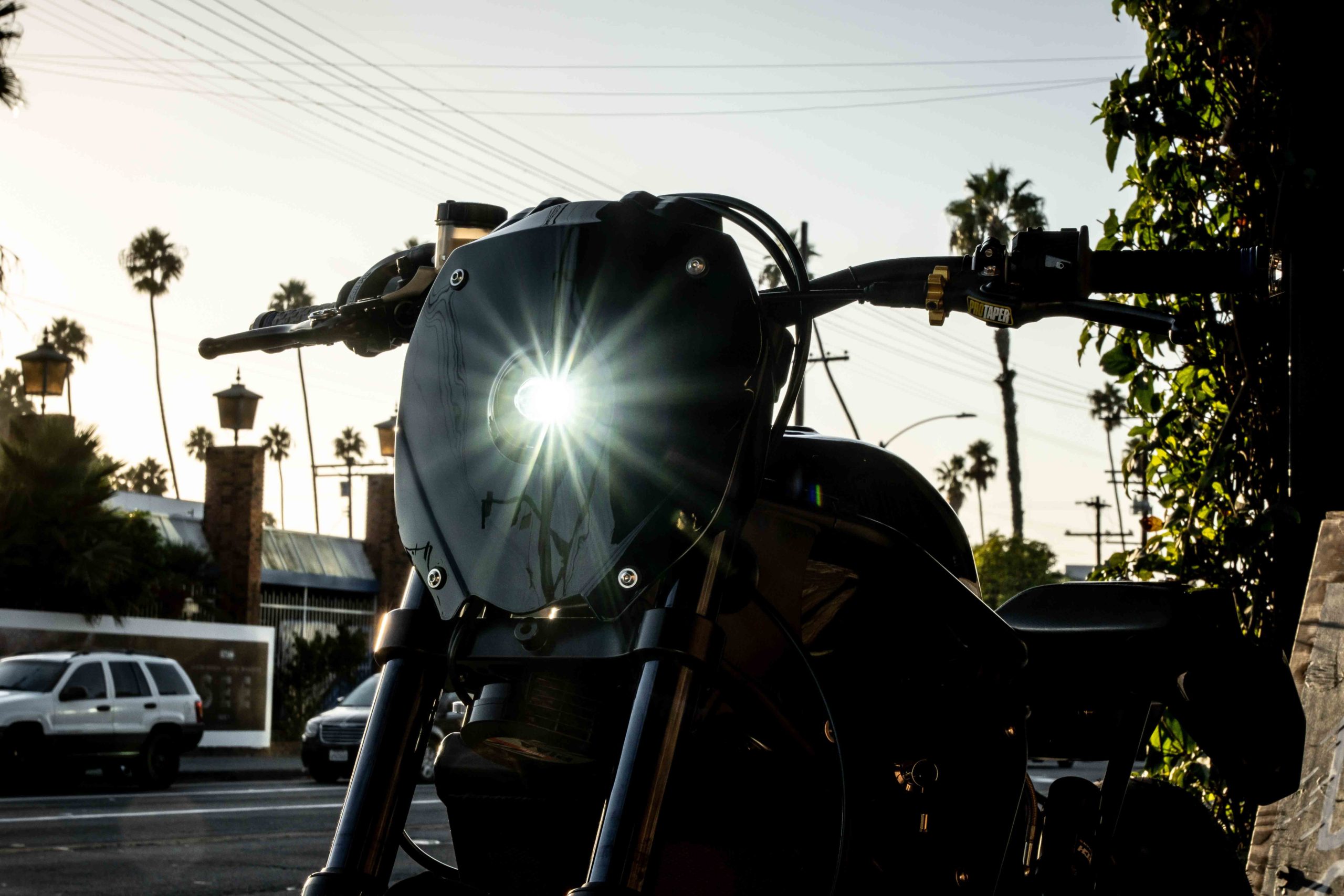 A set of race-proven 19” Roland Sands Traction wheels wrapped in Mitas DOT approved rubber ensure performance and grip. A four-piston full-floating quick-release Brembo brake setup in the rear and a 320 mm full-floating stainless-steel rotor with an M50 caliper up front efficiently gets the stopping done. 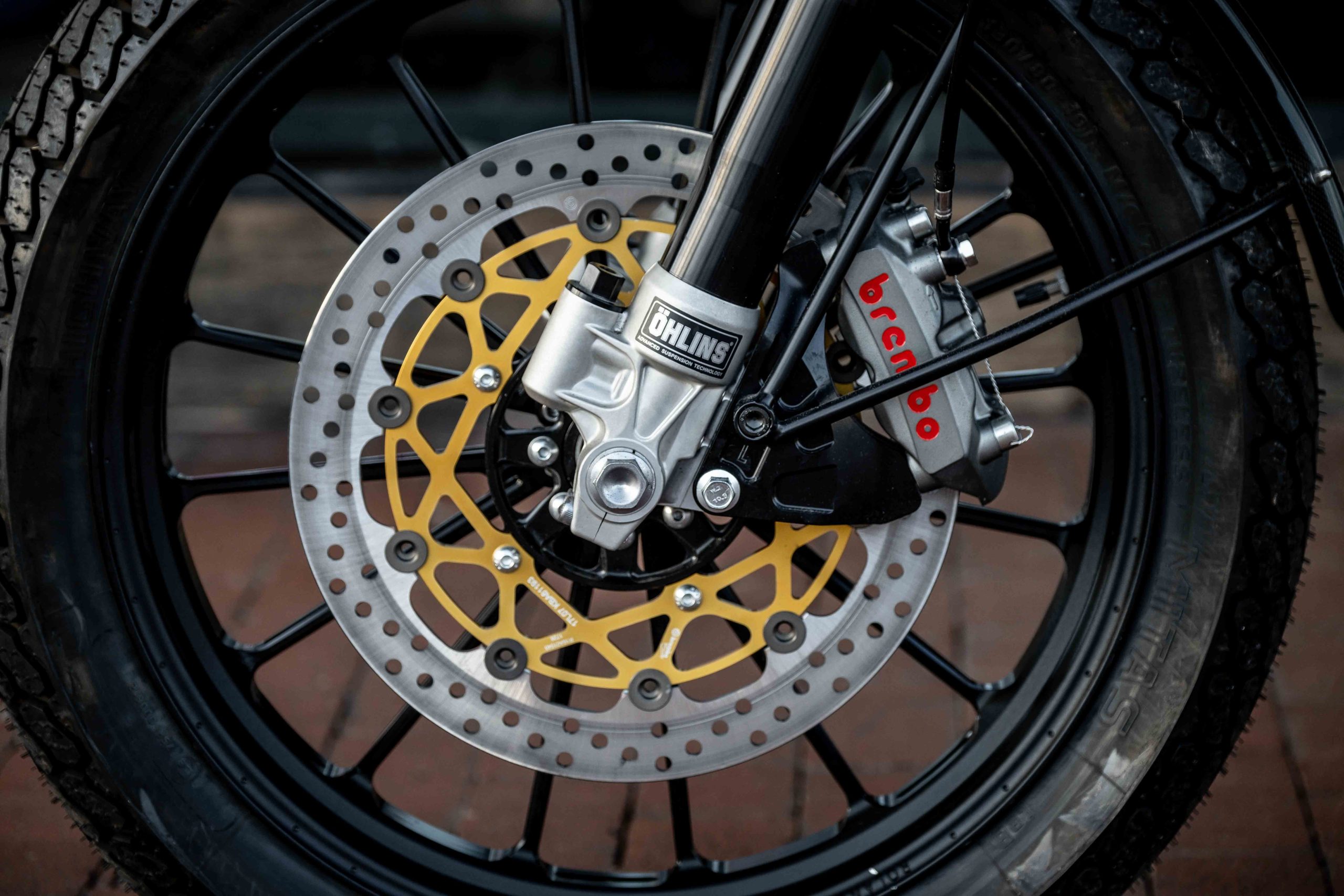 The bodywork was painted in “Black Candy” is a secret blend of paint that absorbs even in the harshest light giving the faintest reflection, giving the bike a personality that exudes style, performance, and hint of wickedness.

“The bike resembles a “big brother version of the Honda CR500 Street Tracker built for Dani Pedrosa, where his was a Short Track racer, this is a proper mile bike with third gear wheelies all day” – Woolie. 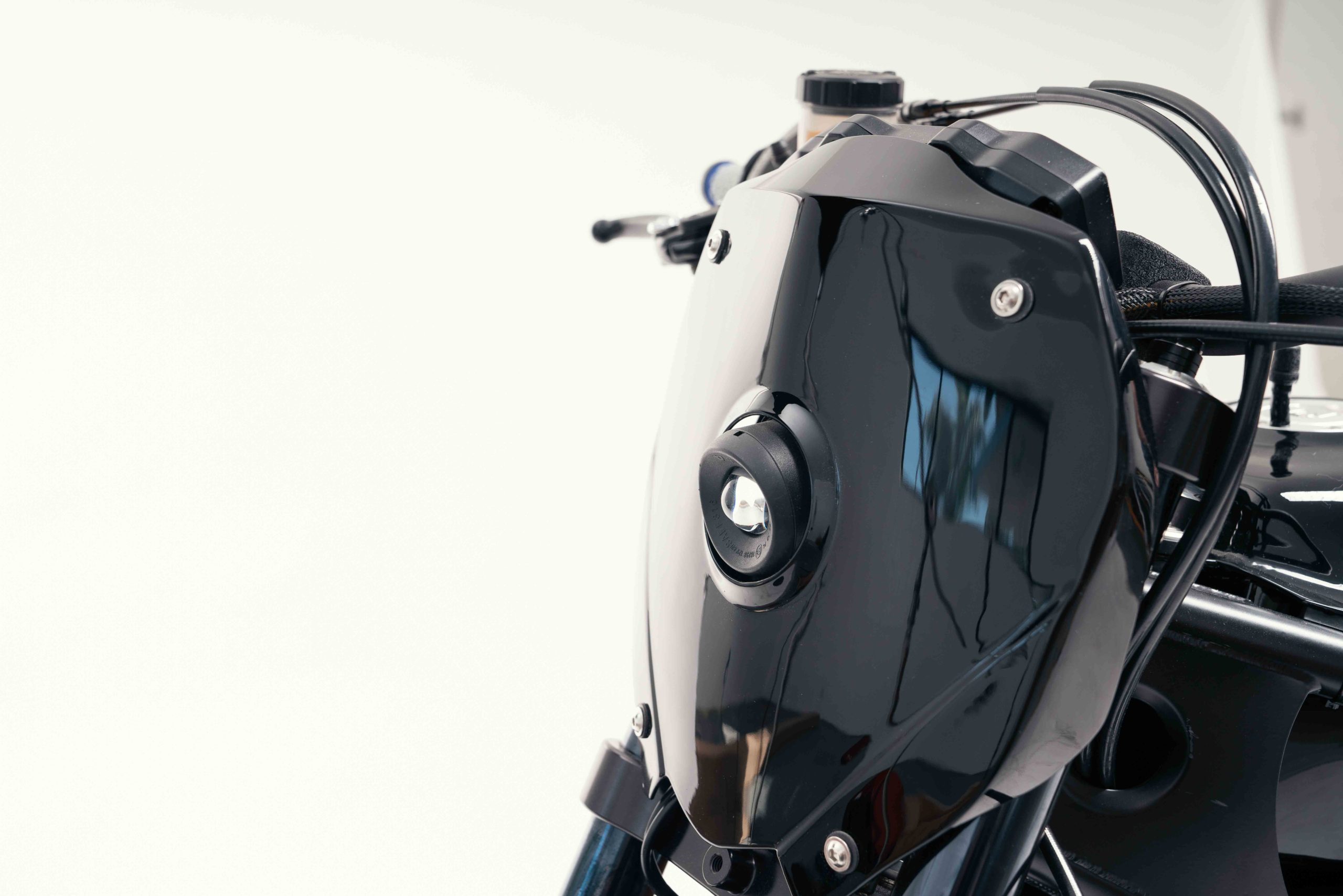 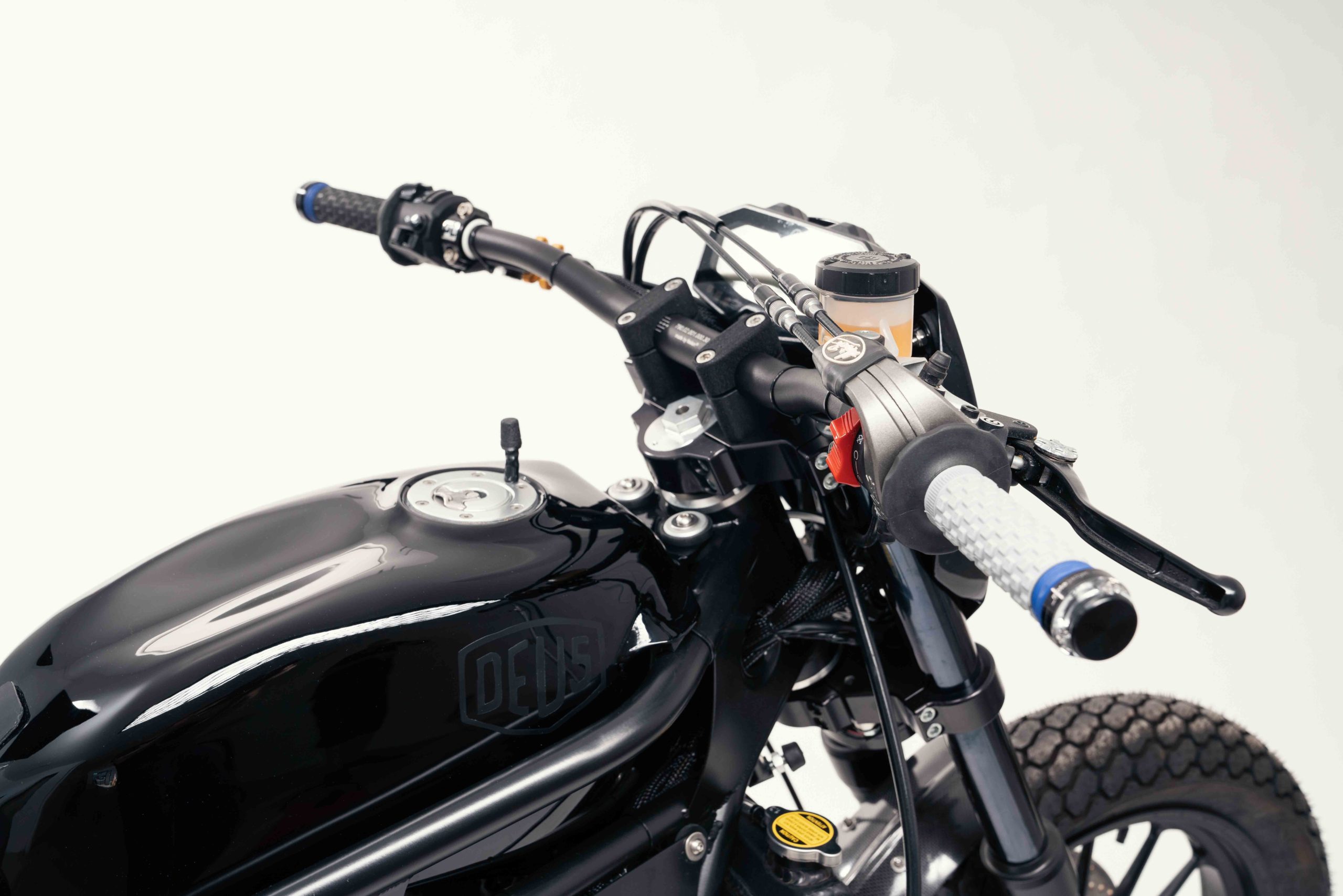 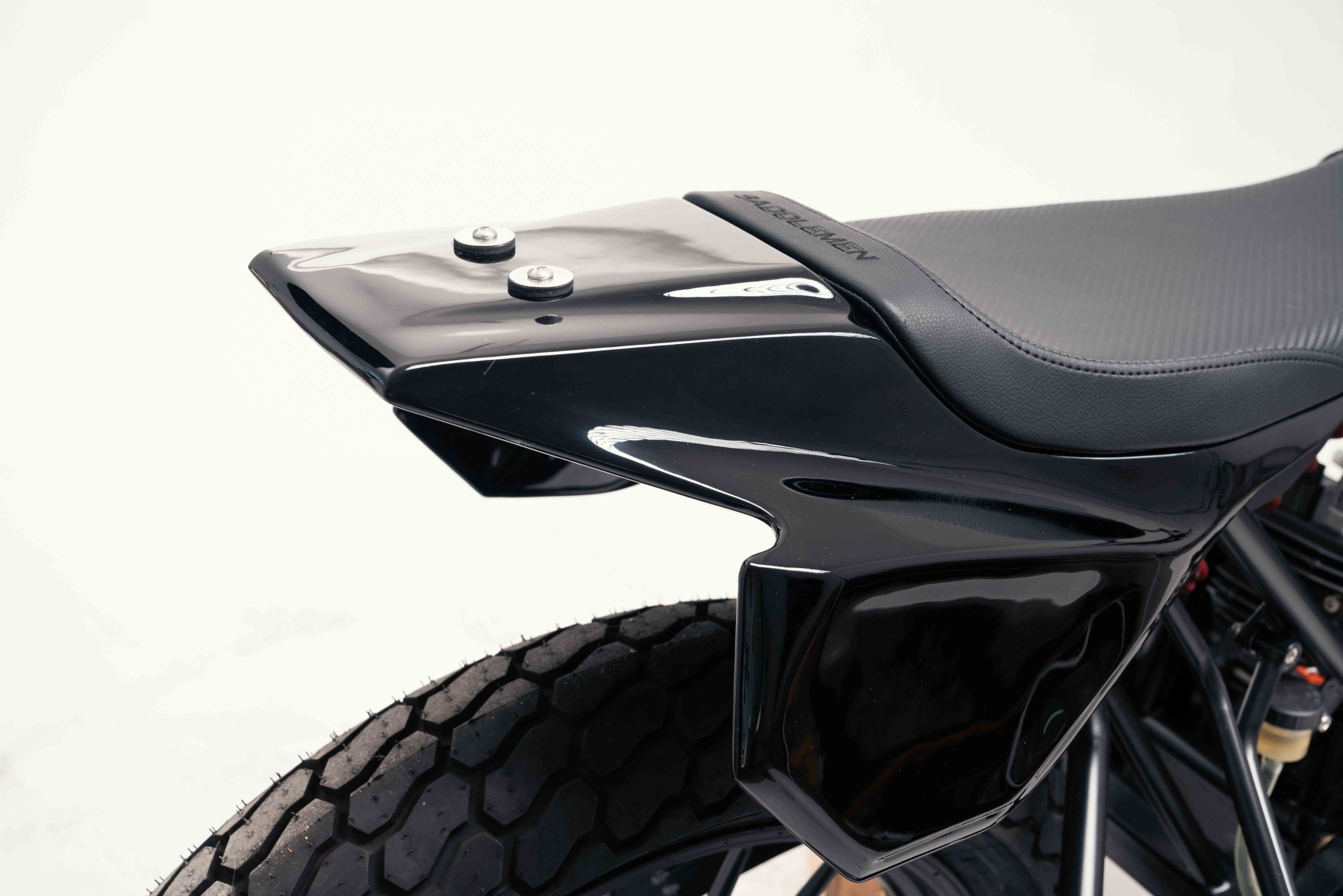 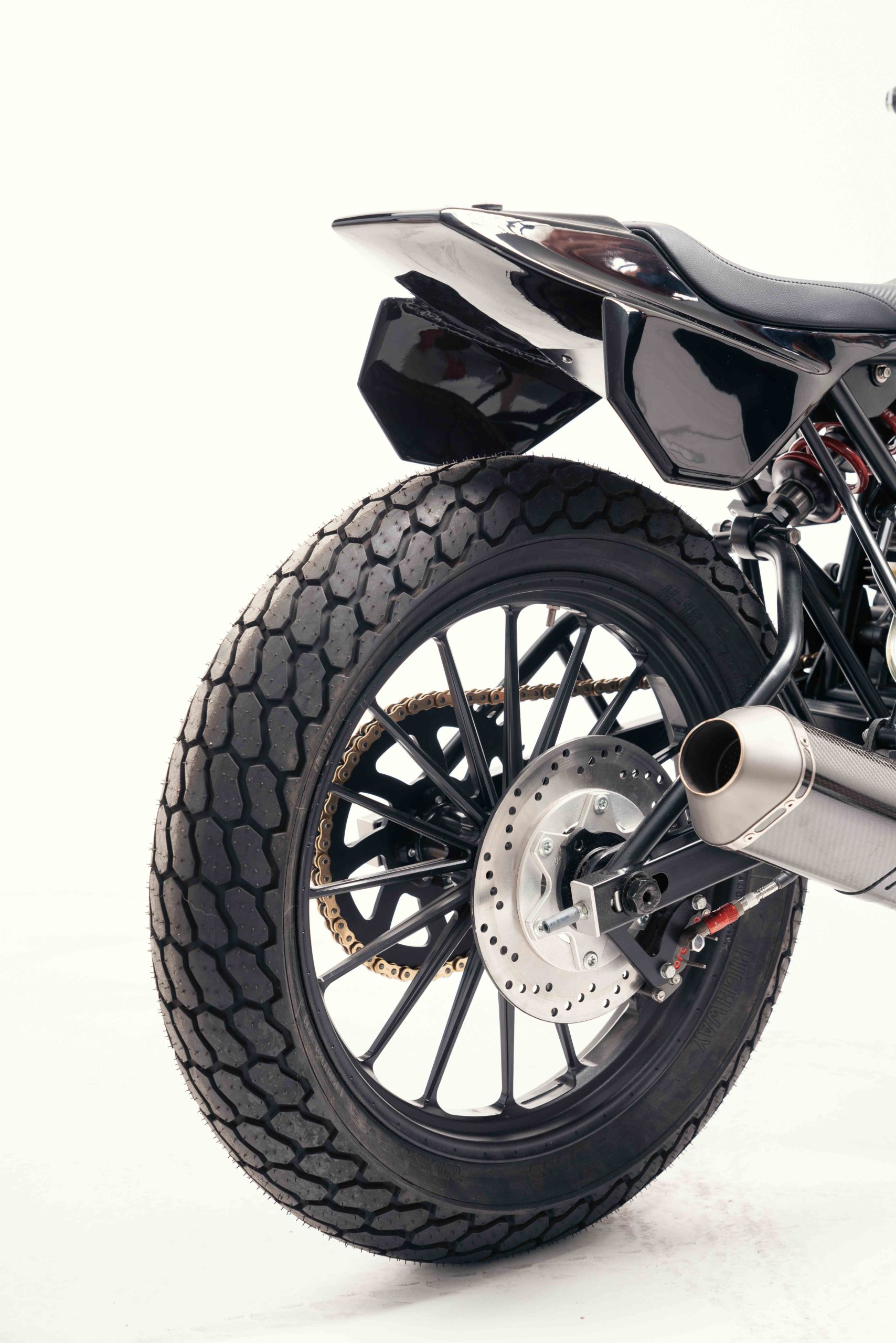 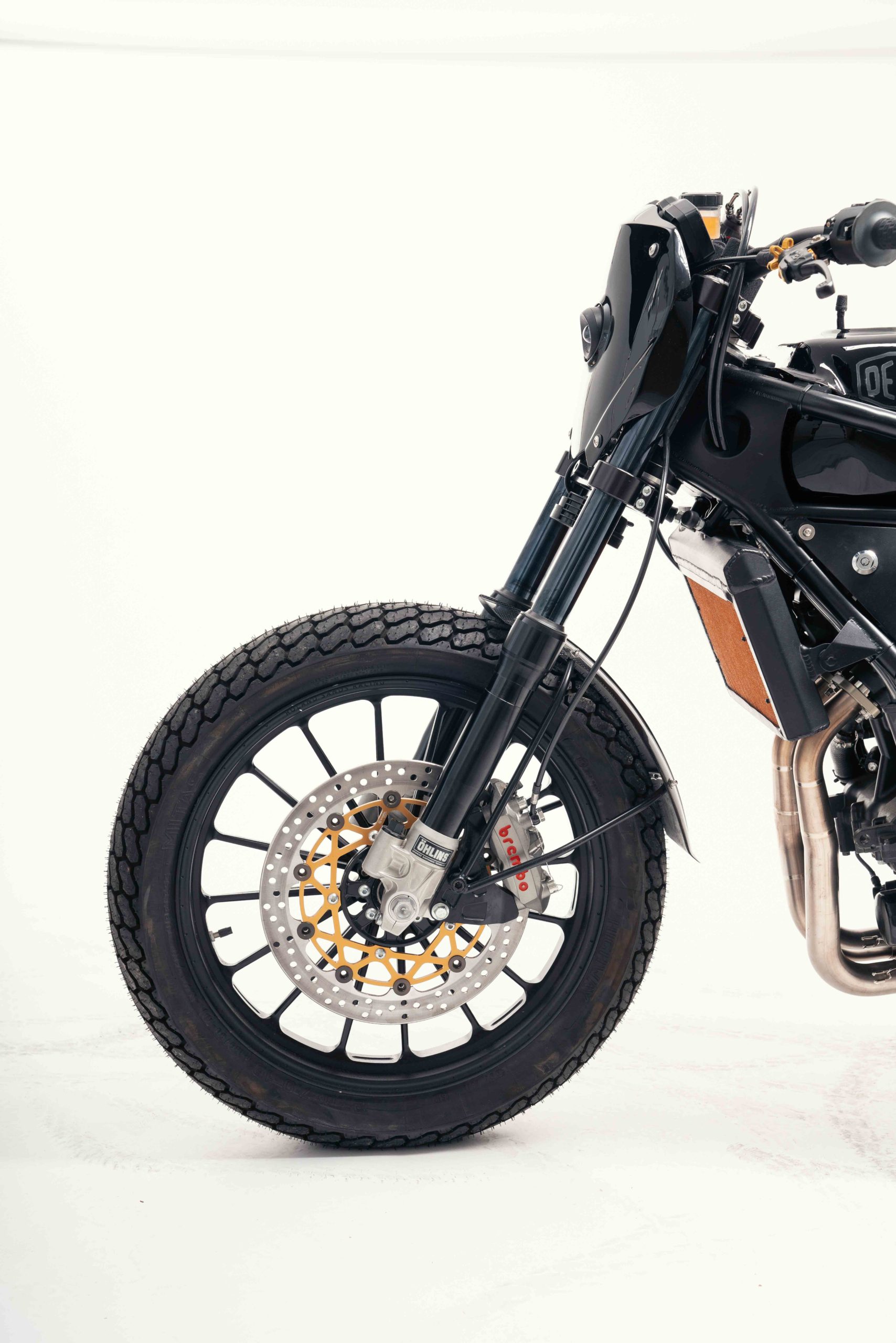