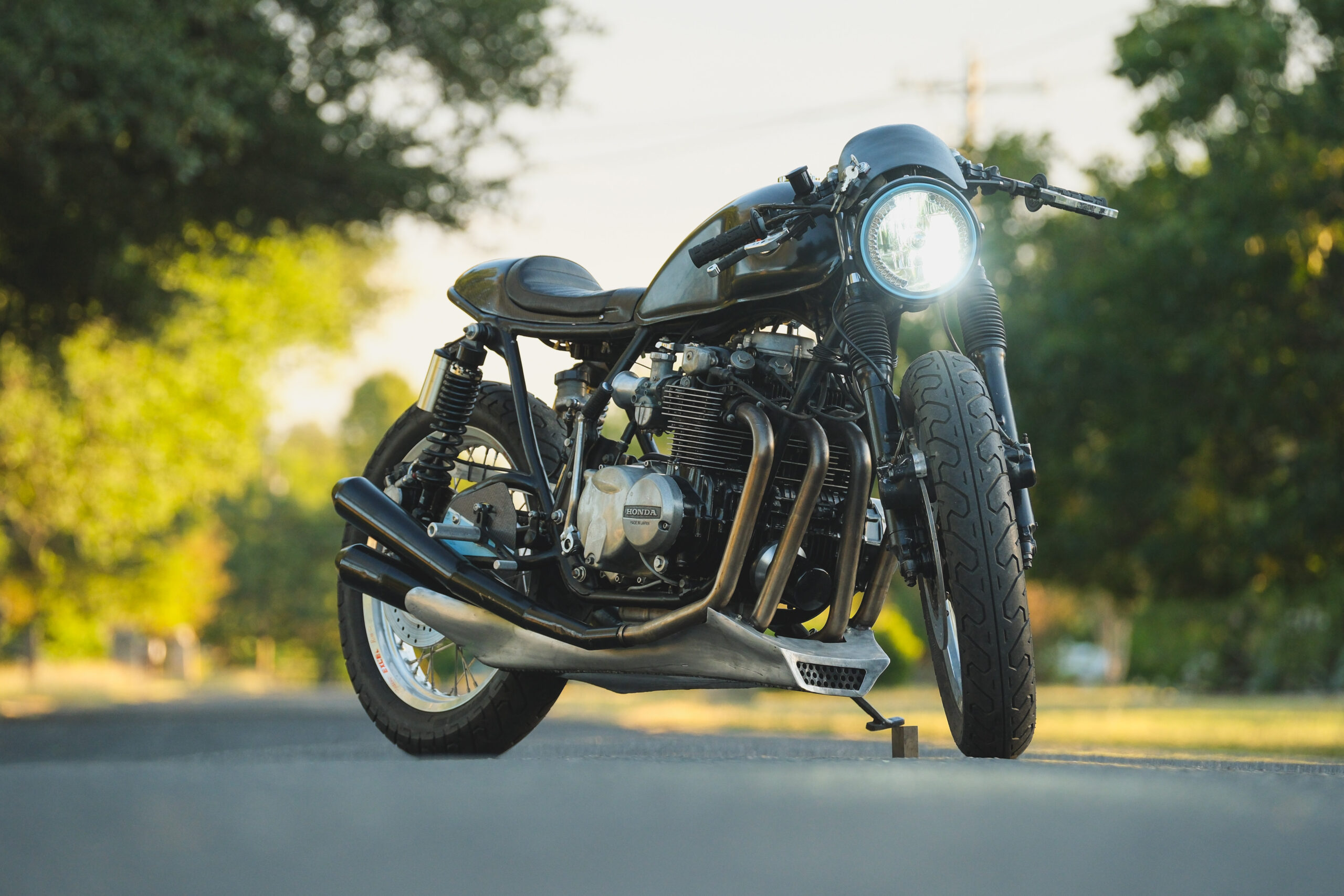 Over the last decade motorcycles have went through something of a renaissance. They’ve gotten better. Older ones have gotten more respect. Bikes that we’d never have thought of customizing have seen incredible transformations. There will always be bikes that stand alone as icons in their own rights. The Original Triumph Bonneville. The CB750. The CB550. The XS650. These bikes are classics and they’re harder and harder to find because of it. This is a rare opportunity for a beautiful example of one of those bikes, given a tasteful cafe racer treatment. 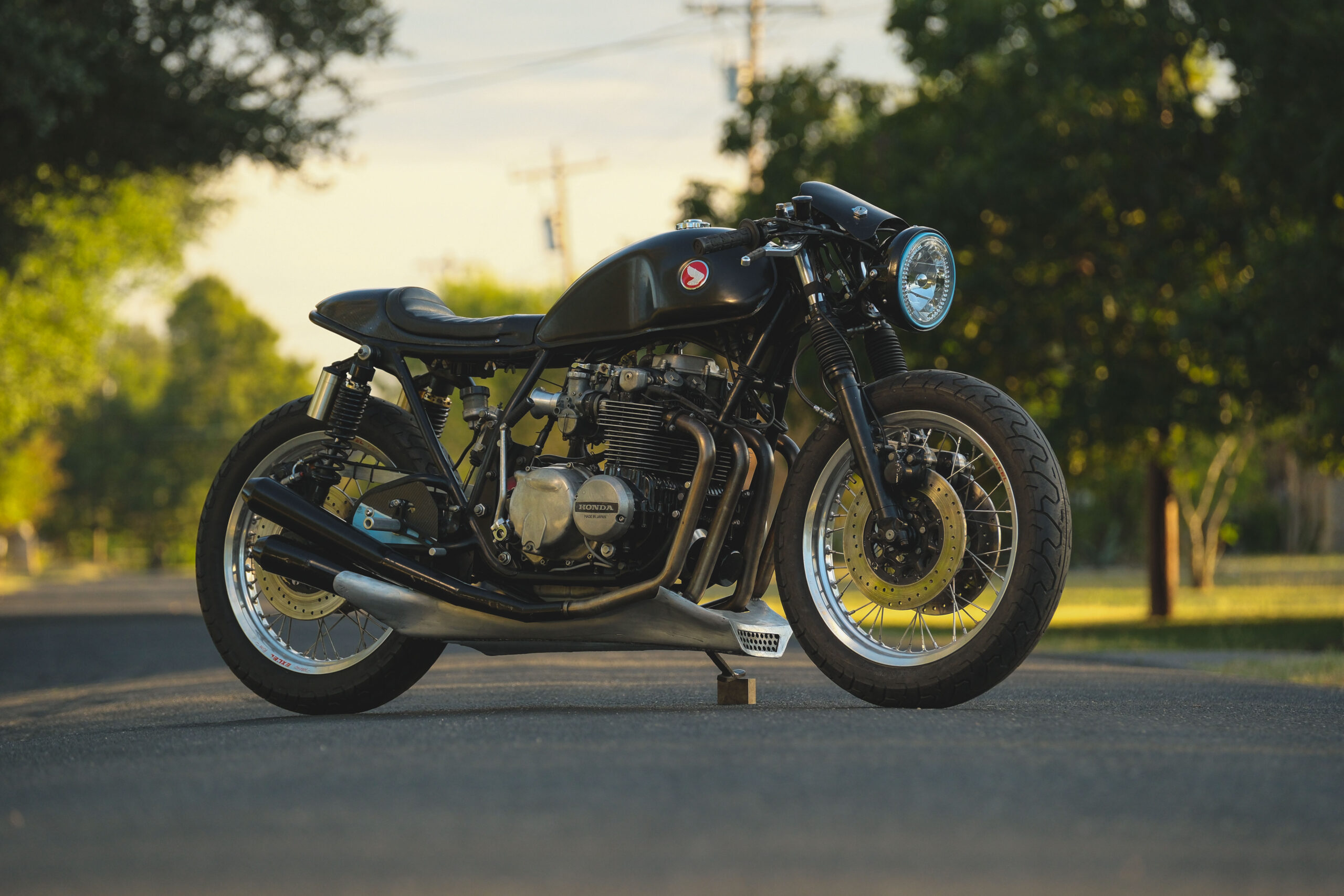 What we have here is a 1978 Honda CB550k that has been given the full treatment. Built in 2012, it was planned out from start to finish. The frame was looped. A custom bespoke carbon fiber seat was handmade for its curves and was covered in leather by Ginger at New Church Moto. A Benelli Mojave tank was modified to fit the frame. The fairing and belly pan were hand built from aluminum and designed for this bike. New wheels were setup at either end with a twin disc front with a modern Nissan master cylinder and a single disc rear from a KZ750 were fitted to modernize its stopping power. The rear suspension was fitted with taller shocks and new stainless spokes were laced to symmetrical 18” Excel rims at either end wrapped in 110 Bridgestone Spitfires for sportier handling and turn in. 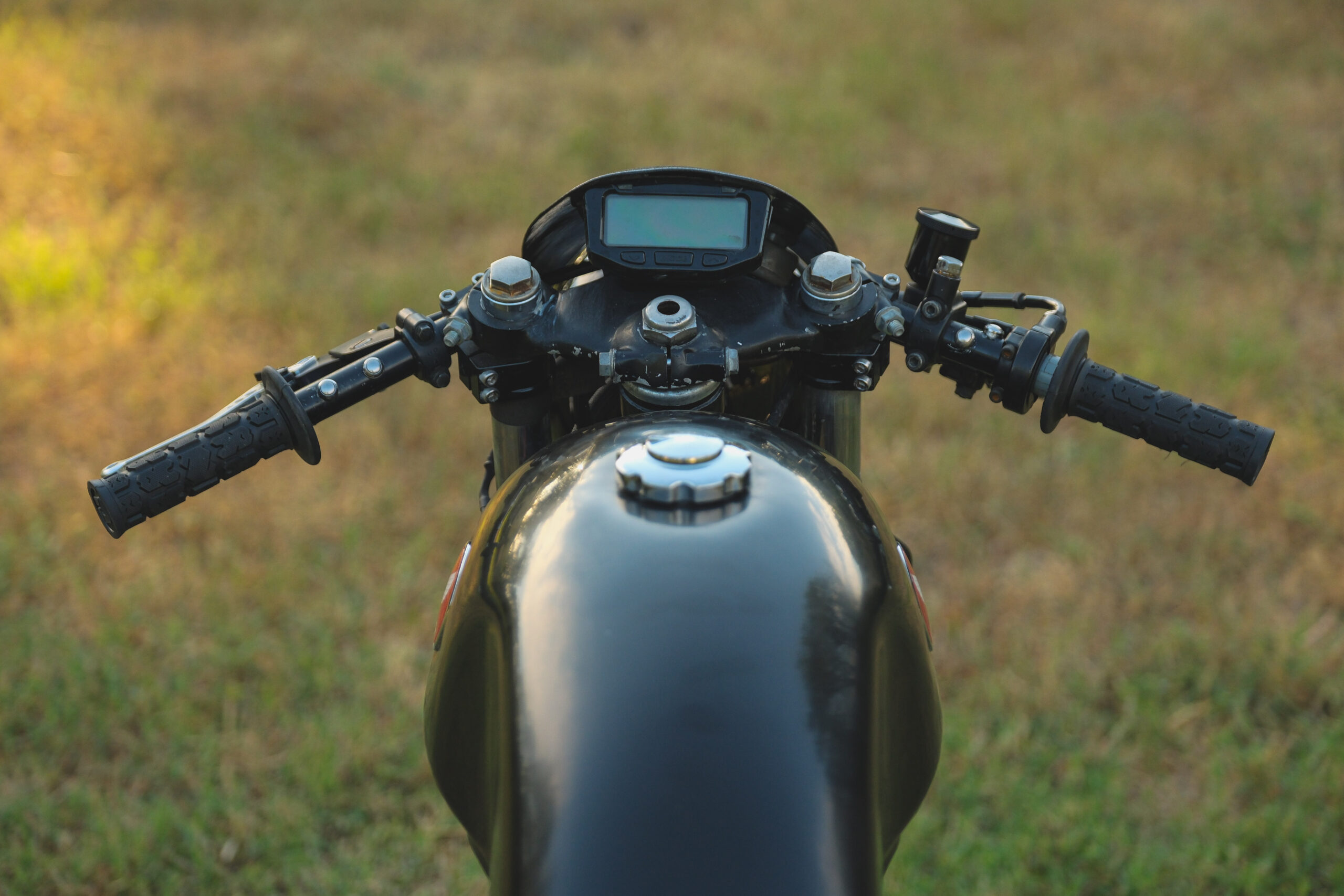 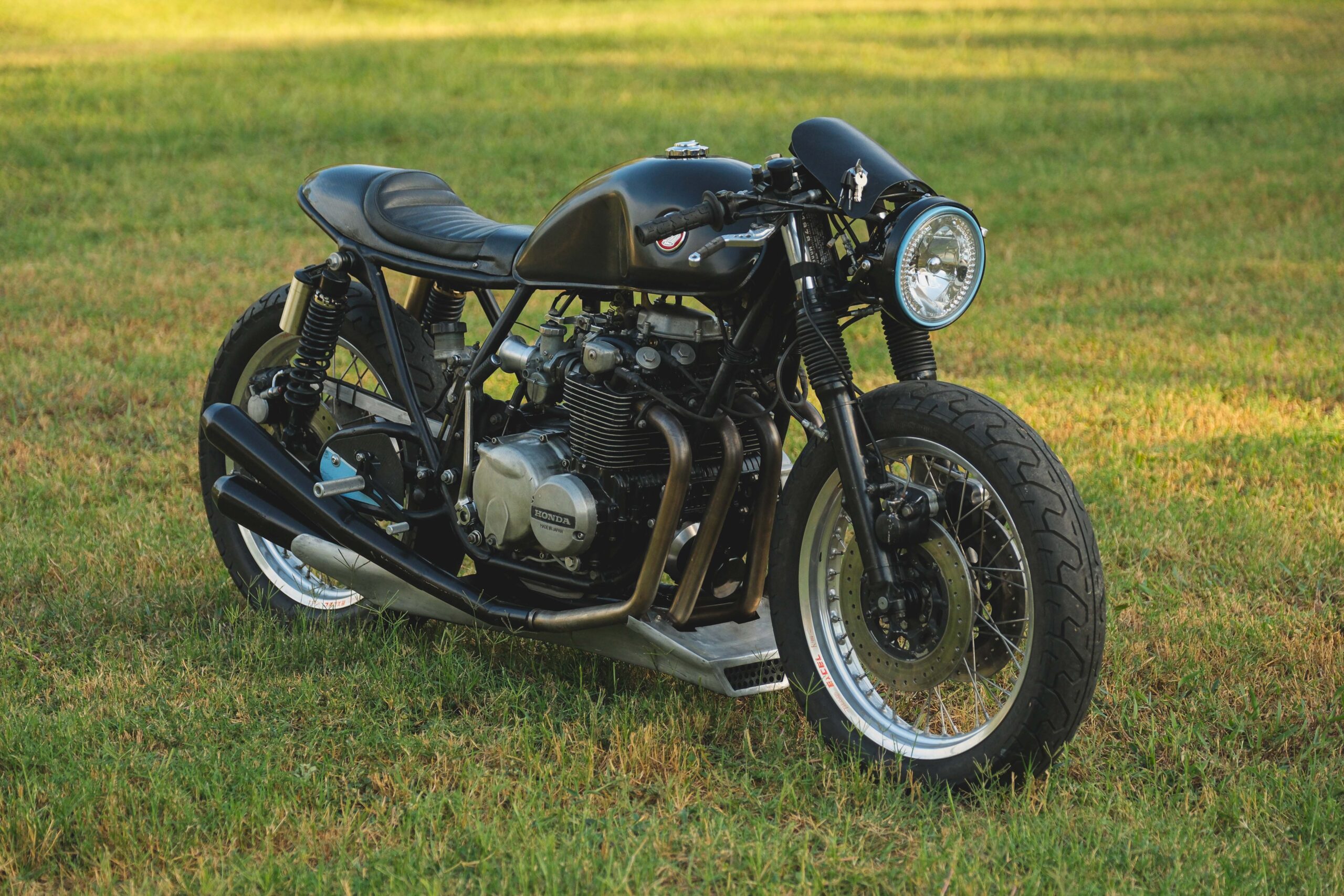 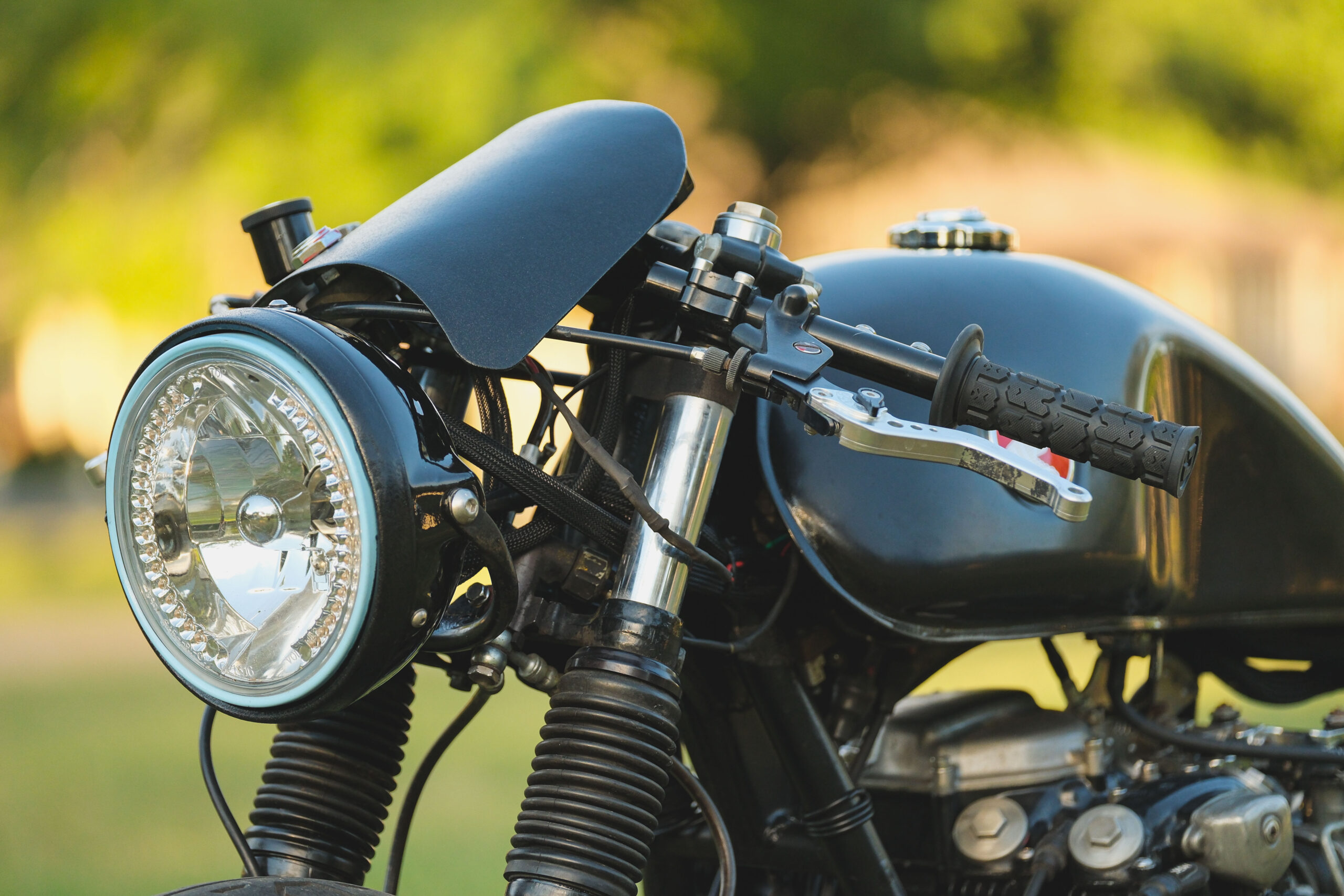 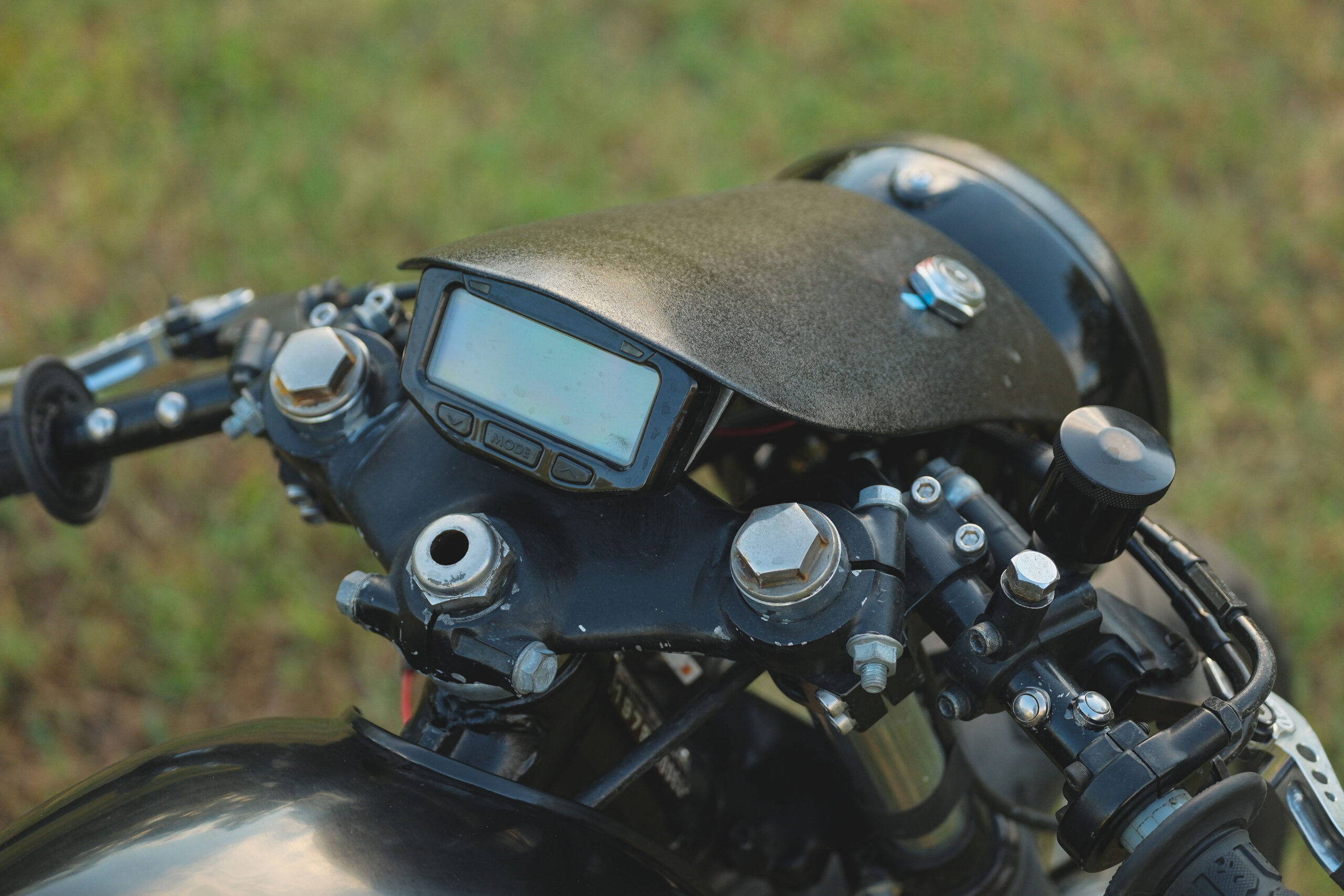 The CB550 motor wasn’t forgotten either. This bike is up in displacement from stock 524cc to 599cc. The head was mildly ported and fitted with a higher lift, longer duration cam from a CB650, and it’s fueled through early model CB750k carburetors for tune ability and reliability. The exhaust is a bespoke 4 into 4 stainless system with hand rolled chambers at the back; you wont find another bike with a system like this on it. Not only does it harken back to the stock exhaust stylistically, but it resonates with all four chambers in such a way that it sounds like a vintage F1 car at RPM. 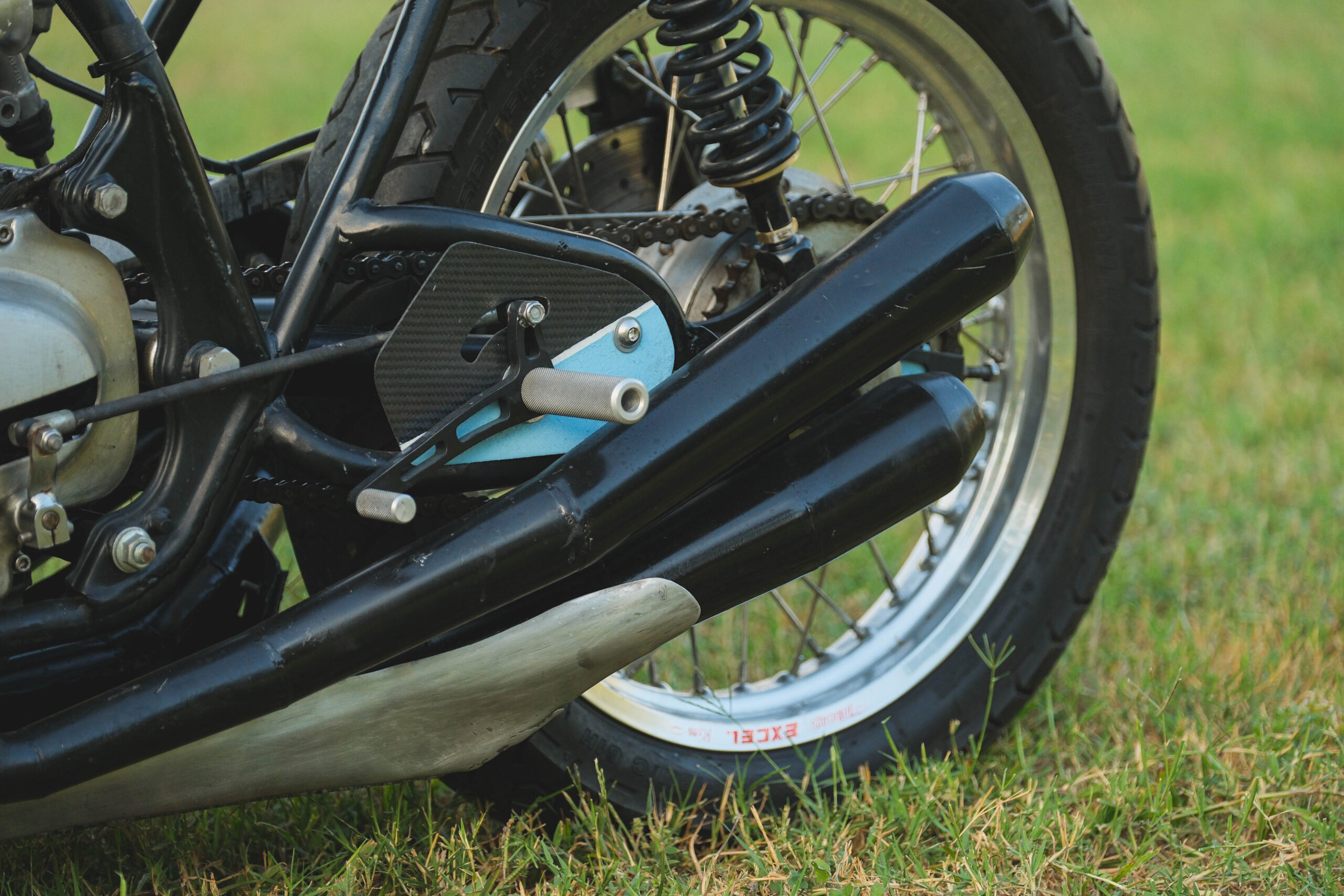 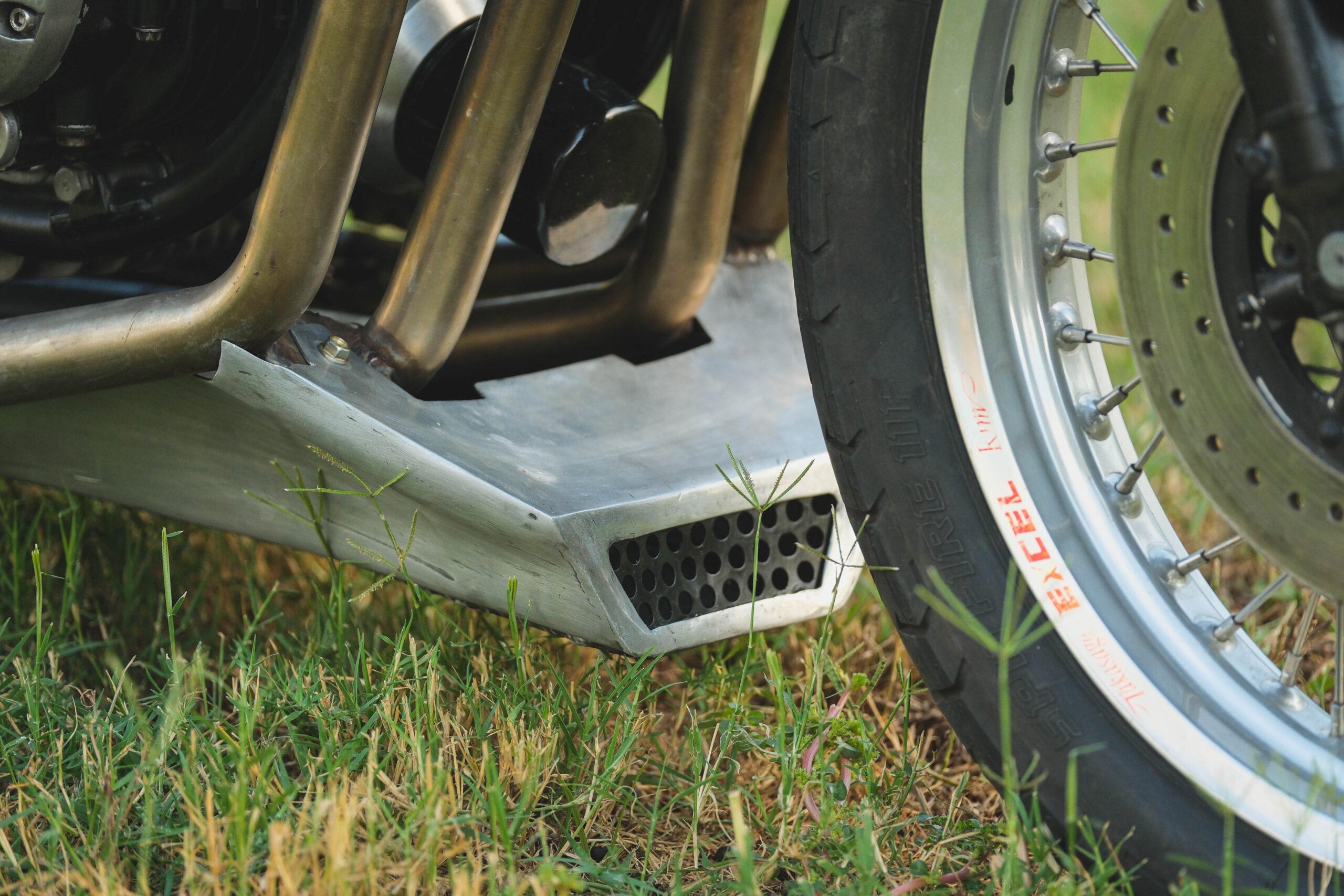 The electronics are handled through a modern Rick’s motor sports reg/rec and an antigravity lithium battery. LED turn signals are integrated into the LED headlight and tail light which are handled through a Motogadget M-Unit tucked under the seat. The smaller battery with the higher compression ratio means it’s kick only; in fact, all remnants of the electric starter have been removed from the cases entirely.
This bike was bought new in 1978 in Toledo Ohio, sold to its second owner in 2007 in southeast Michigan and now, 15 years later, it could belong to you.
Find this stunning CB550 cafe racer HERE on eBay and make her yours. Be a man. Do it. You won’t regret it.
Cold start and walk around video below.
Words and bike by Travis Holland || Photos by Sam Bendall 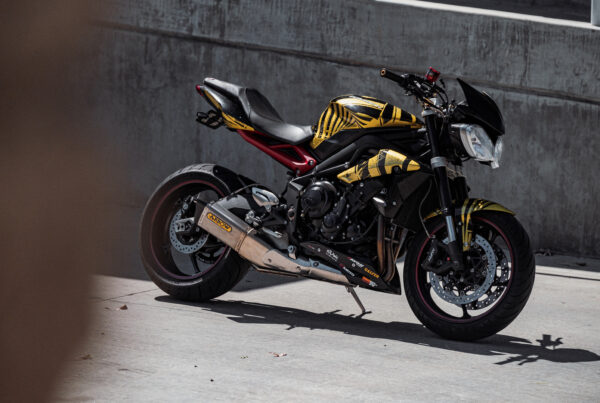