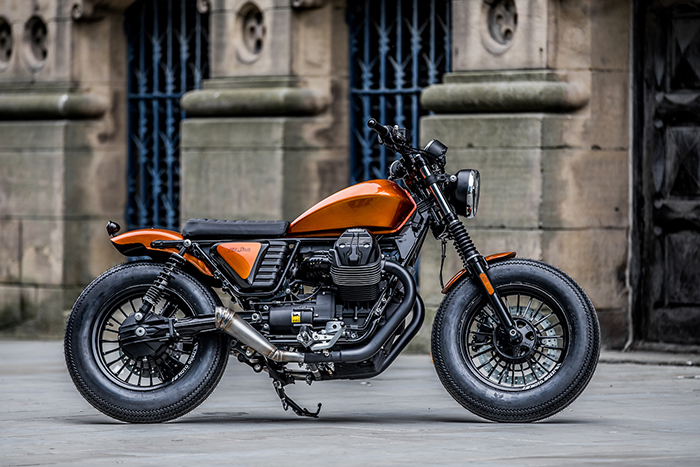 A beautiful V9 Bobber in the UK

There’s no shortage of custom Guzzis out there, with many of them being vintage variations. Moto Guzzi has a new model that seems to have not yet been fully exploited by the customizing world yet; the V9. The 750cc V7 is a far more common platform but the 850cc V9 range consisting of two models, the V9 Bobber and the V9 Roamer, which both seem to be great platforms for custom jobs. 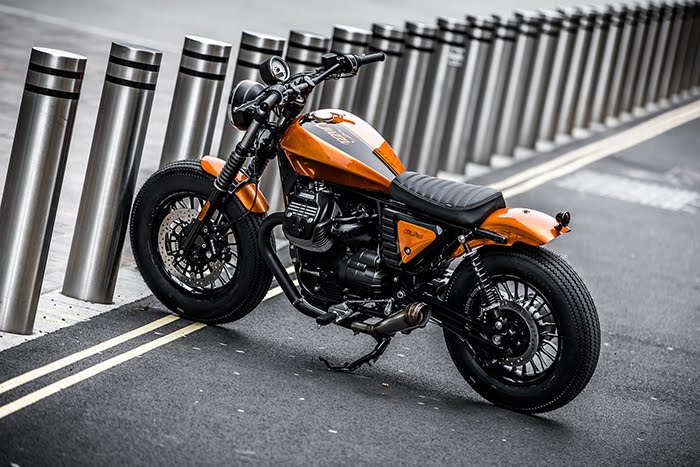 Our jaws dropped when we saw the V9 X-Track Scrambler at last year’s EIMCA show, making us really consider snagging one and doing something similar. When we saw the latest build from Moto Strada Automotive, one of the UK’s most unique showrooms specializing in collectable and bespoke motorcycles, we were certainly impressed. 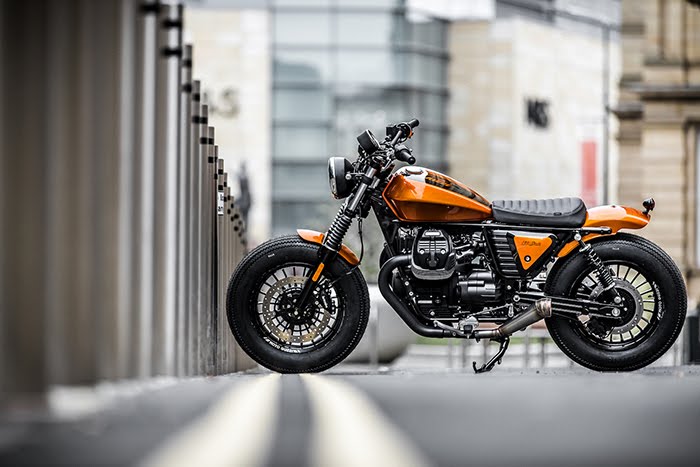 Having held the Piaggio franchise dealership for over a decade, Moto Strada ranks in the top three dealers in the country for the servicing and sales of Moto Guzzis. 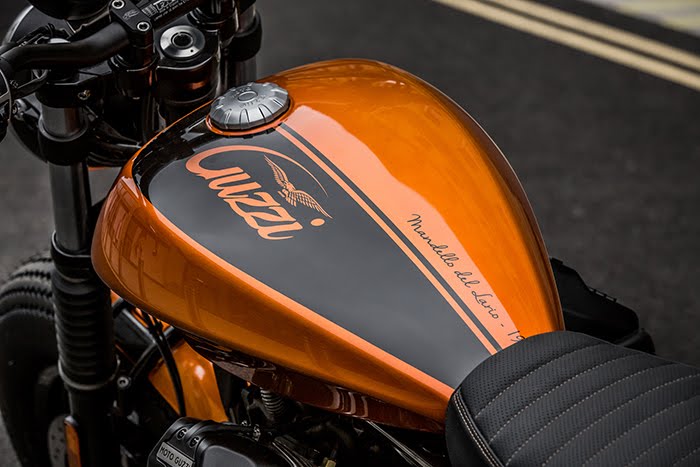 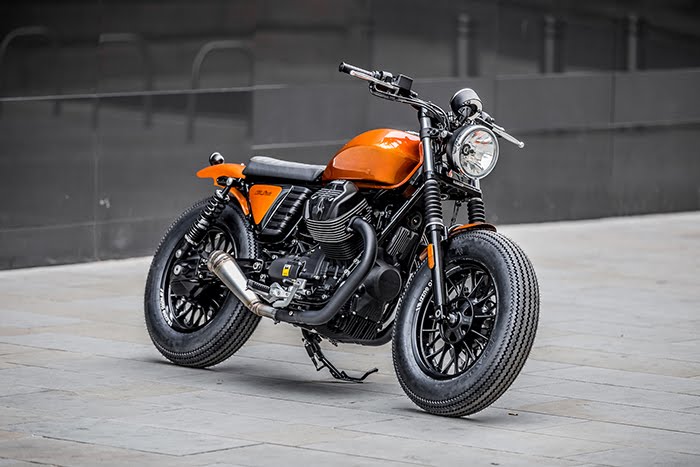 While this build isn’t wildly modified, Moto Strada made some subtle changes and unique paint to complete a clean overall package. The stock ‘balloon’ tires on the V9 Bobber are 130/90 – 16” which really set the stance apart. Add in the controversial “TT classic tires” and those babies really stand out. 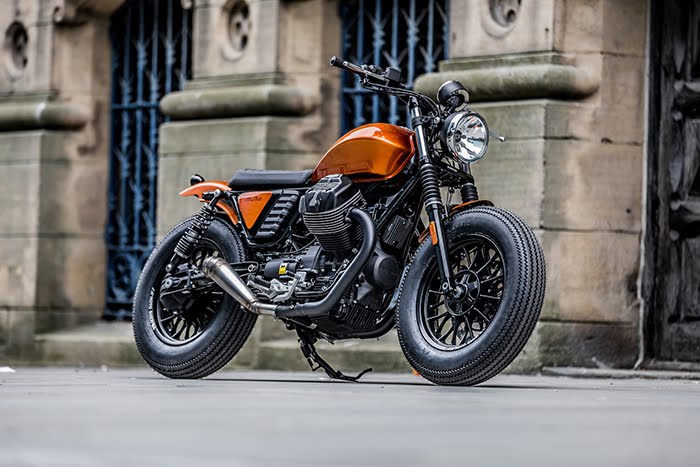 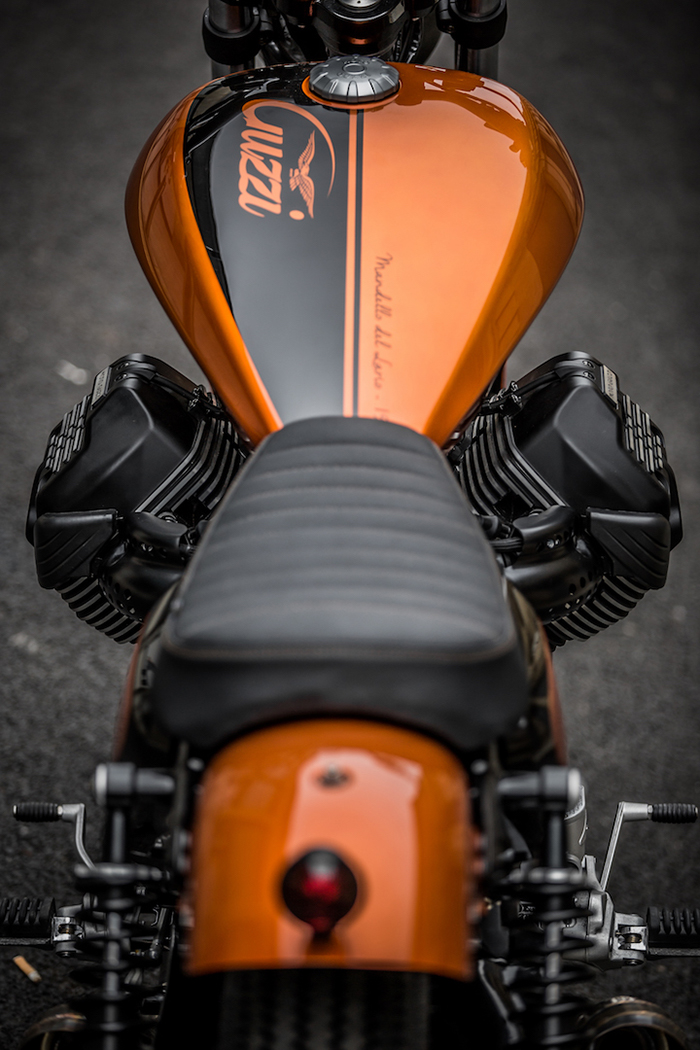 Both fenders on the bike have been reshaped. Fork gaitors have been added, which should are a borderline necessity if you ask us. In true bobber form, the passenger pegs have been removed. 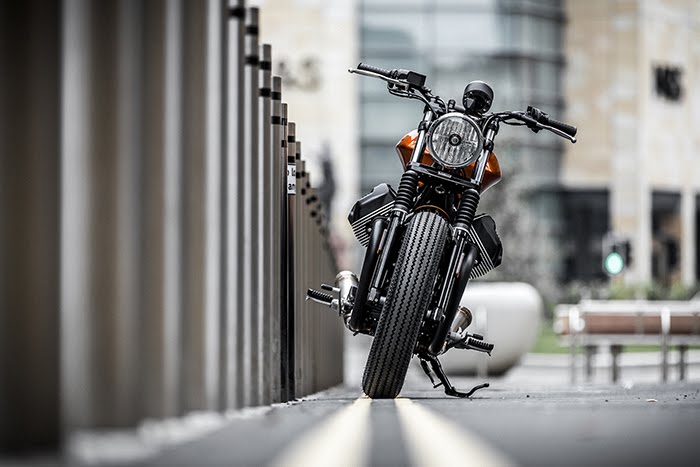 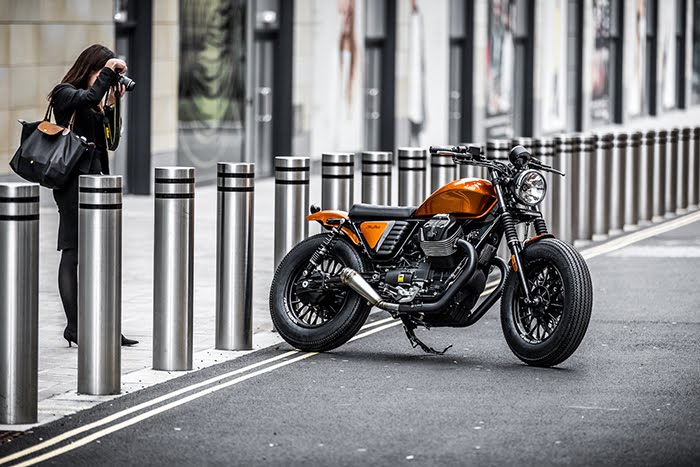 The GP-style mufflers provide a nice contrast to the stock black headers. 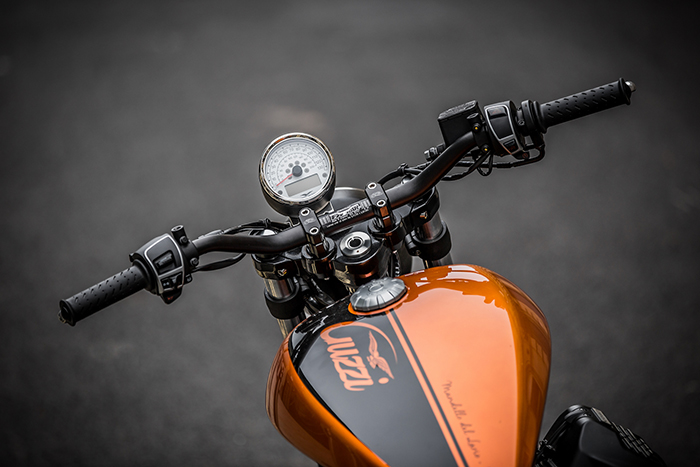 The Renthal ‘fat bar’ and clamp conversion add some beef to the cockpit. 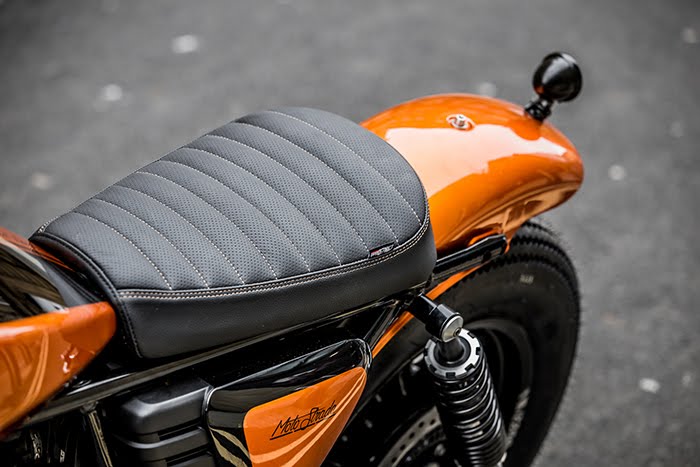 Moto Strada has no shortage of cool customs but this V9 still stands out to us among the rest. We dig their style and their motto too;

Moto Strada have been avid Moto Guzzi dealers for over 10 years.  A group of petrol heads passionate about the marque with a distinctive flair that sets us apart from the run of the mill.

Keep the passion alive guys, and keep cranking out some cool bikes. 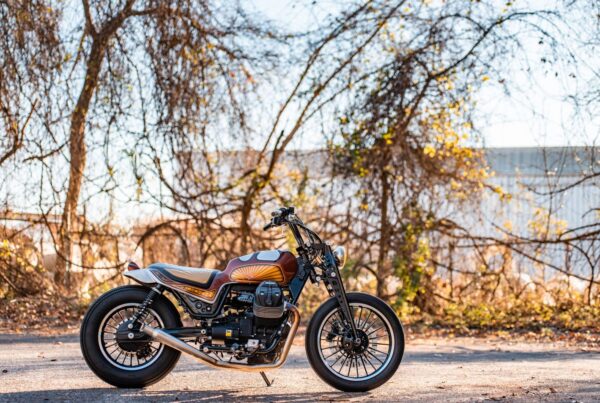 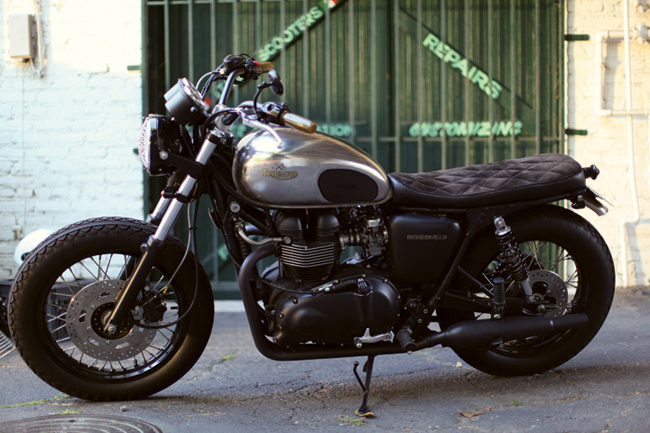 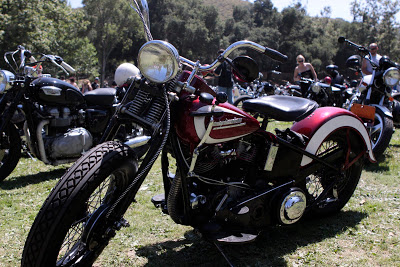