While racing technology and styling often trickles down into on-road vehicles, there’s no substitute for the real thing. Race bikes will always be cooler than street bikes. Fact. With race bikes, function (almost) always prevails, and everything down to the safety wire becomes its own form of sexy – if you’re into that sort of thing.

When CB750 enthusiast and racer, Dr. Jules Medina hit us up to feature one of his builds, we found ourselves more interested in his race bike. Jules races his 1976 CB750F in AHRMA’s Formula 750 class and his bike looks the business. 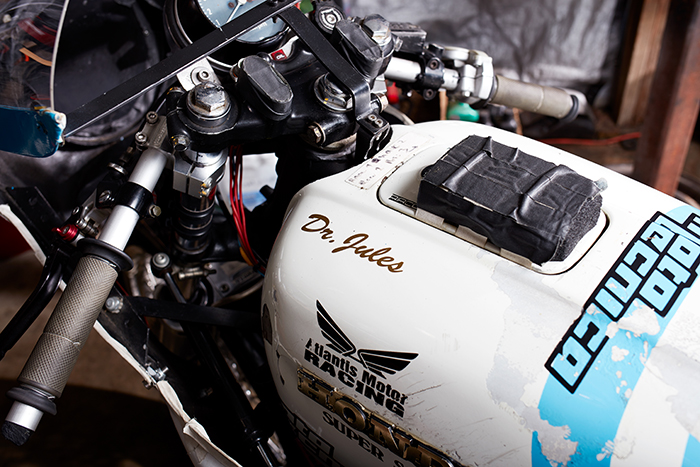 It wasn’t until we got the pics and read his own write up on the bike, it was clear that the story needed to remain in his own words. It’s clear the dude has a good time and knows how to tell a story. So, without further ado, here you have it: 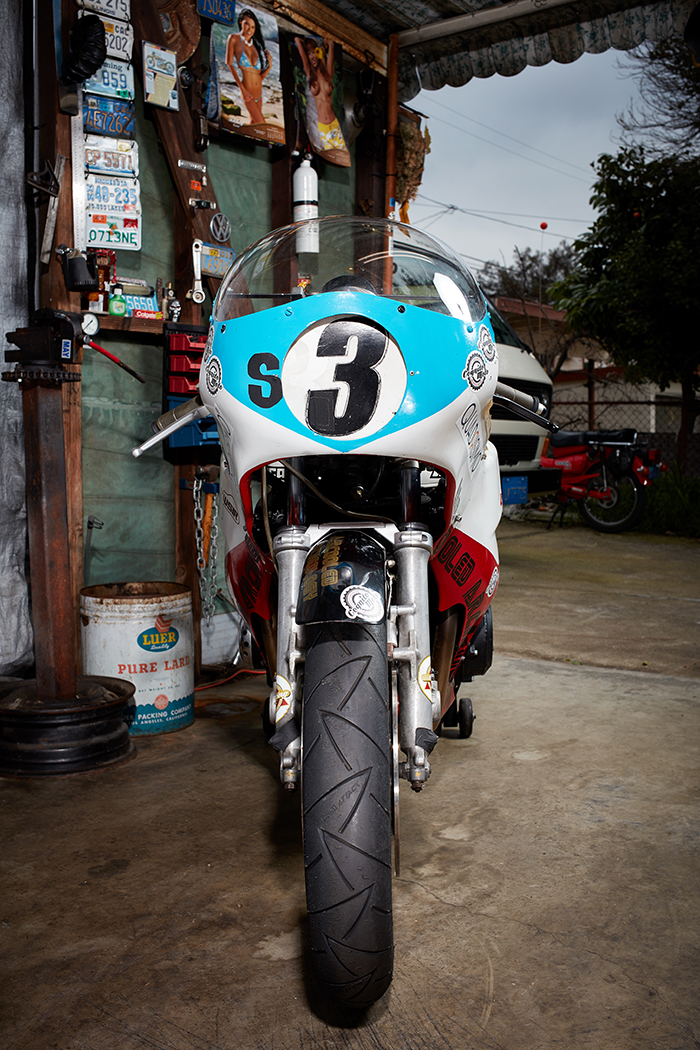 “How do you survive going into turn 8 at Willow Springs International Raceway, wide open at 120 mph and accelerating, on a 600lb steel beast? Hang on, relax, focus and fight for your life!!!! 10 years ago I was driving to pick up a buddy in Hollywood when a dirty, vintage naked motorbike caught my eye. 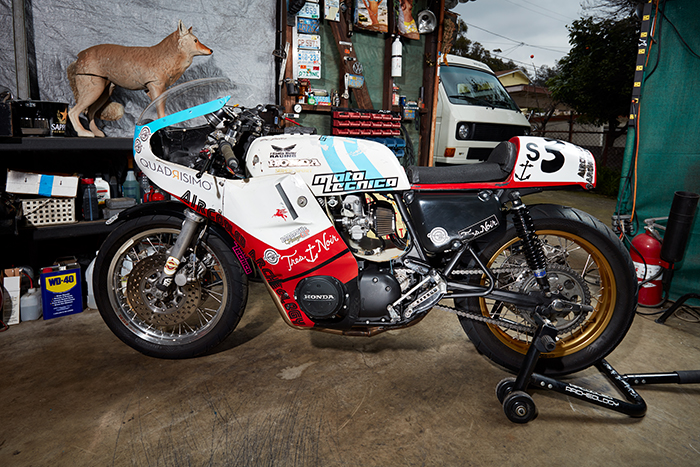 I pulled over immediately. Sitting on uncut grass was remnants of a 1976 CB750F race bike that had bought the farm on some track in the 80’s and lost its gas tank, seat, bodywork but worst of all, it lost its owner’s interest in racing it any longer. There was not much left, say for a rolling chassis, motor, pipe, and red number plate with the number 3 on it. 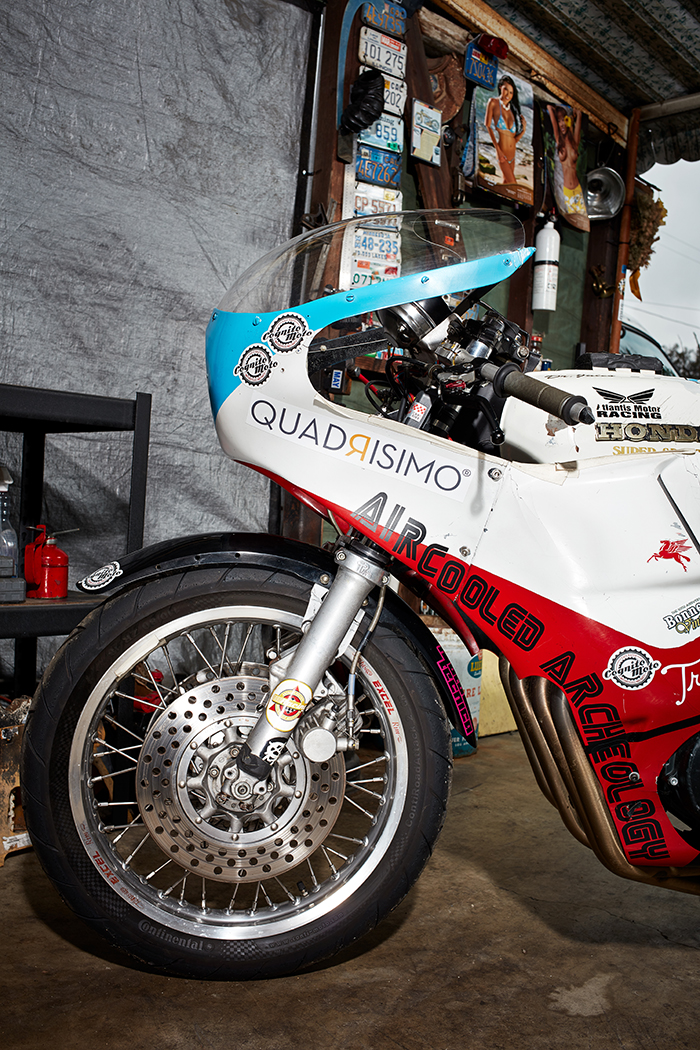 A fist full of dollars later and a few stories and old racing scar exhibits from the owner the bike was on my truck. Something hides inside the machinery we use through time, perhaps we leave a bit of our souls in the machines we risk our asses on, especially on race tracks. ‘Candyleggs the third’ had some strange juju and it was ready to be back on the track. 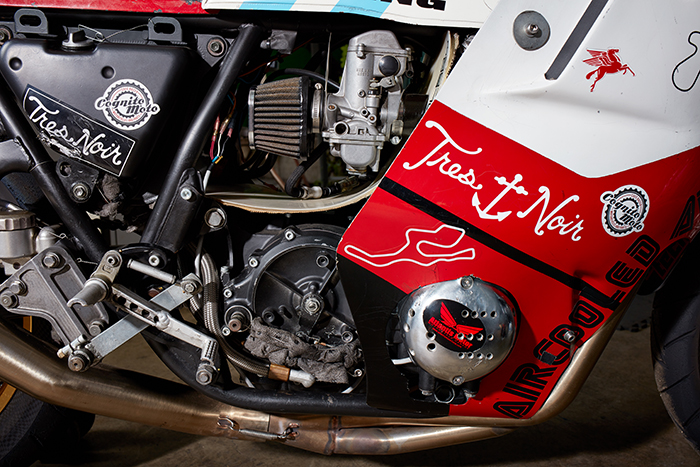 It’s been a long process of refining this AHRMA Formula 750 racing animal and it shows. I’ve spent countless hours building and taking it apart. There is some real bad ass beetle juice in this thing. The acceleration is superb. With a flick of the wrist the engine punishes the tires to maintain contact with the tarmac. 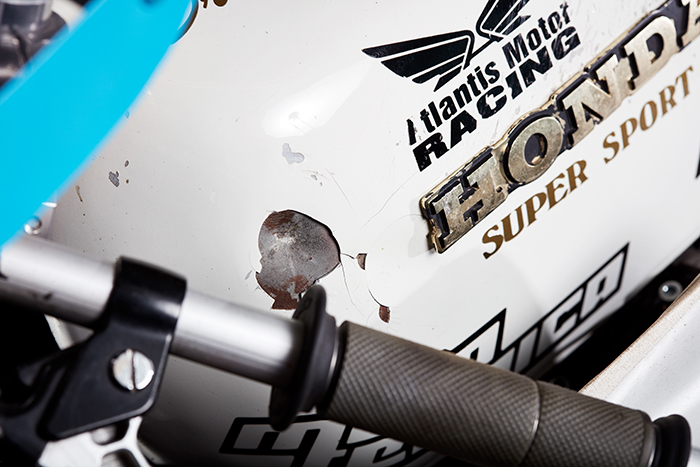 The motor has been built by the Master race bike builder Ricardo Medina at Mototecnica in the real East Los Angeles. Ricardo also reset the geometry of the whole bike to make it turn better. VM29 carburetors feed the starving engine while a very well made pipe by Chris Redpath at MotoGP Werks handles the symphony that screams out of the engine at full throttle. Chris also masterminded the heat shield that keeps the incoming fuel as cool as possible from the engine. 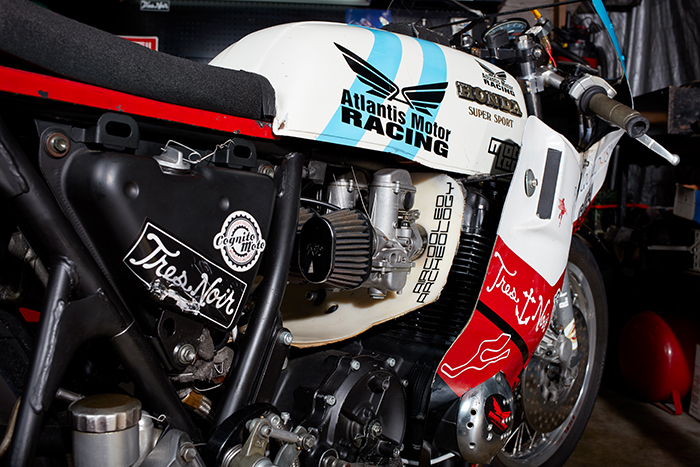 Foot controls are the design of Devin Henriques at Cognito Moto. Kiyo’s Garage is responsible for some secret bits to make the bike more manageable. Rear suspension is handled by Hagon fully adjustable racing shocks. Front end suspension dynamics are handled by Racetech. 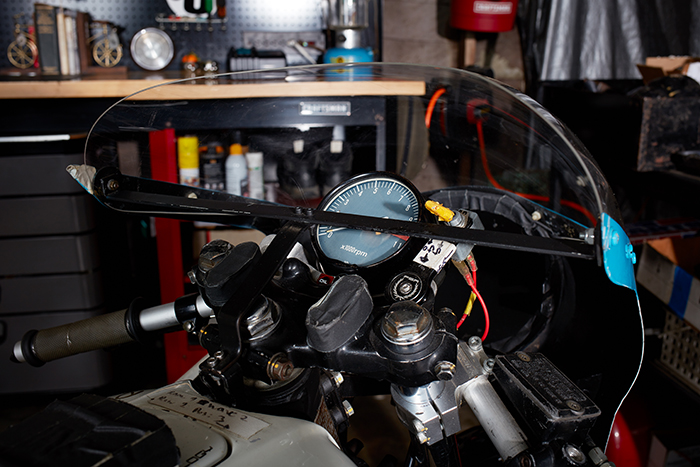 A very rare Competition Cycleworks full fairing keeps the pilot from being torn off the bike at speeds by the wind. The bike is a bitch to ride hard and is very demanding physically. It’s nothing short of amazing racing this thing. It’s hard to explain what it feels like to go into a turn hard on the brakes on this fire breathing Honda CB750 other than; make the apex knee down, maintain the throttle, look for the exit, ease into an open throttle, whack through the gears, hang on!!!….Glorious!!!!!! 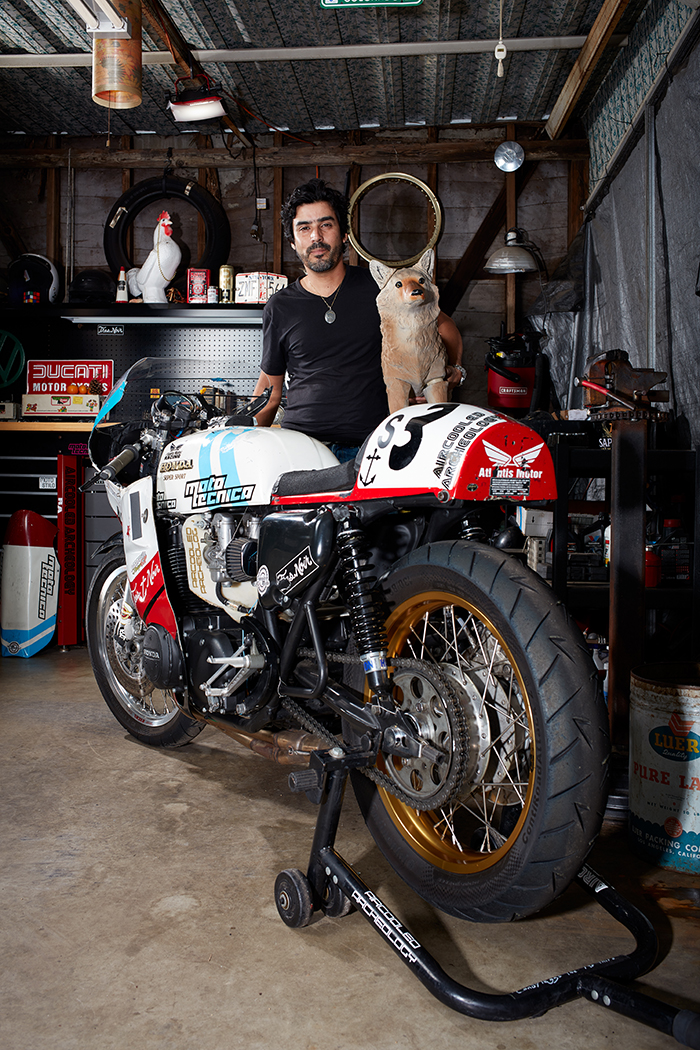 See? Wasn’t that worth reading in his own words? Well, we’ve got love for what you’re doing Doc. Keep racing, keep wrenching, and most of all, keep having fun! 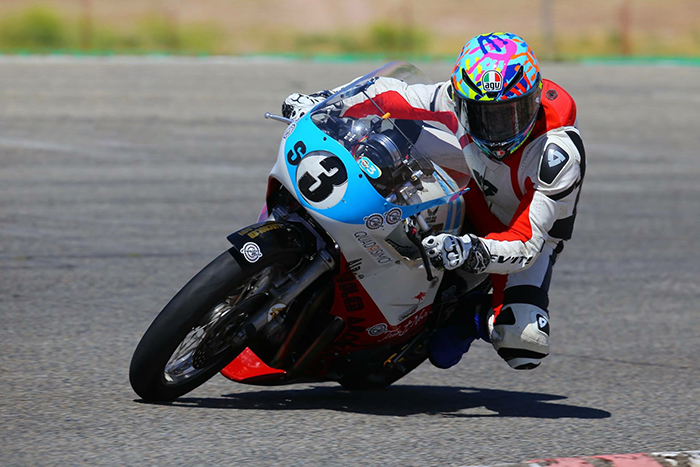