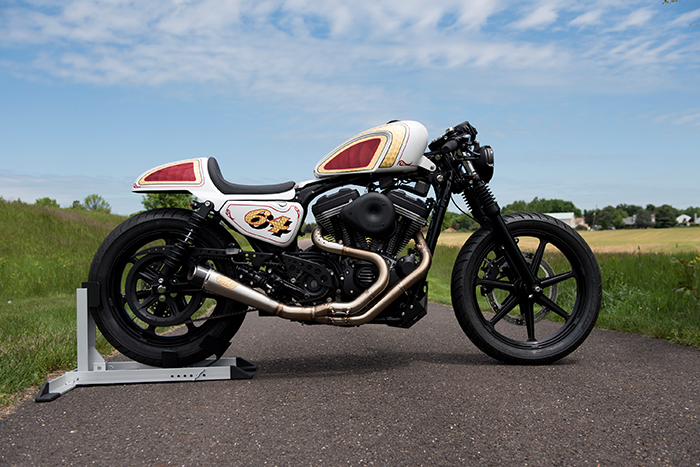 We haven’t featured too many Harleys here on The Bullitt but a few quick favorites come to mind; Icon1000’s Iron Lung, Deus Ex Machina’s American, or Noise Cycle’s ’52 Panhead. We figured it’d been long enough since we featured one, so when the guys at Get Lowered Cycles submitted their cafe’d Sportster to us, we were happy to share. 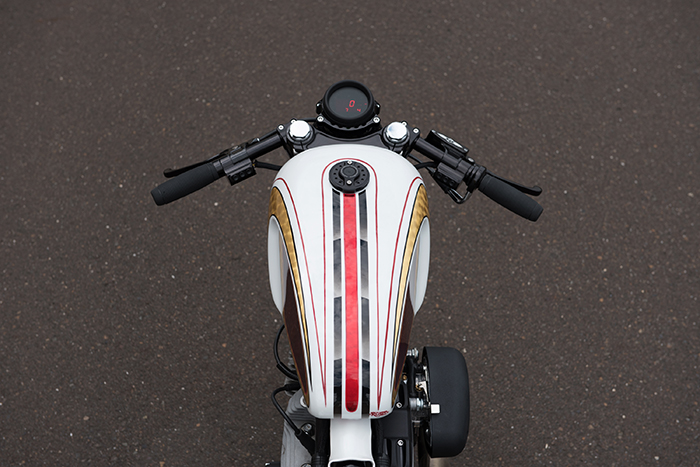 Husband and wife duo, Mike and Meg, run Get Lowered out of Warminster, PA. This particular bike started its life as a stock 2004 Harley Davidson Sportster – and was initially utilized as a bike for promo installs. Feeling inspired by a RSD Sportster featured in a Drag Specialties catalog, Meg decided that was the bike she wanted so she and Mike got to work. 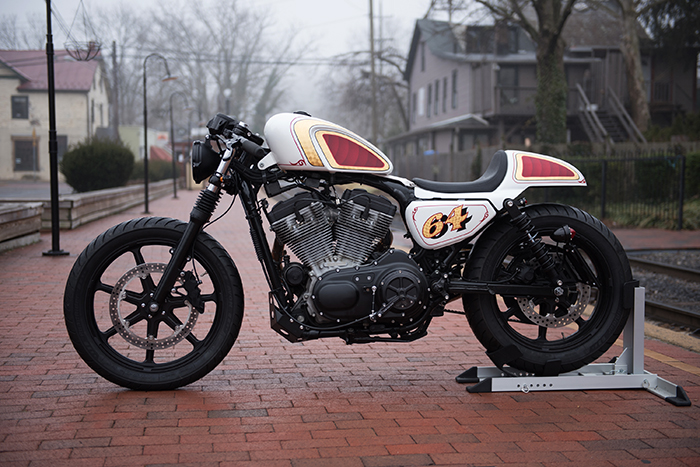 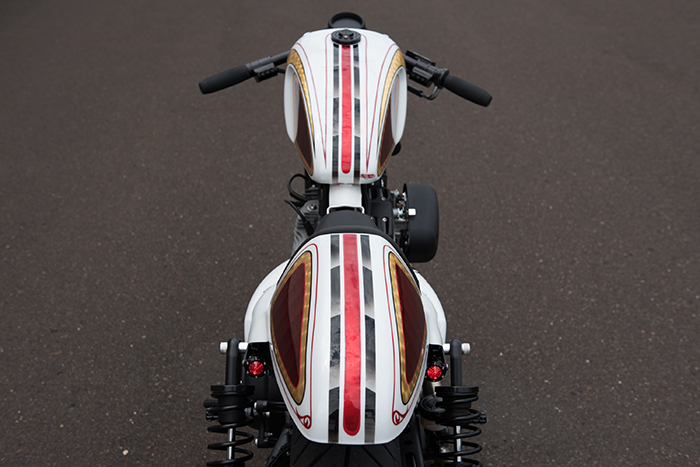 The selected some choice tasty RSD bits – full list here – and went to town. We particularly love the minimalist view from the cockpit and RSD slant 2-into-1 exhaust. 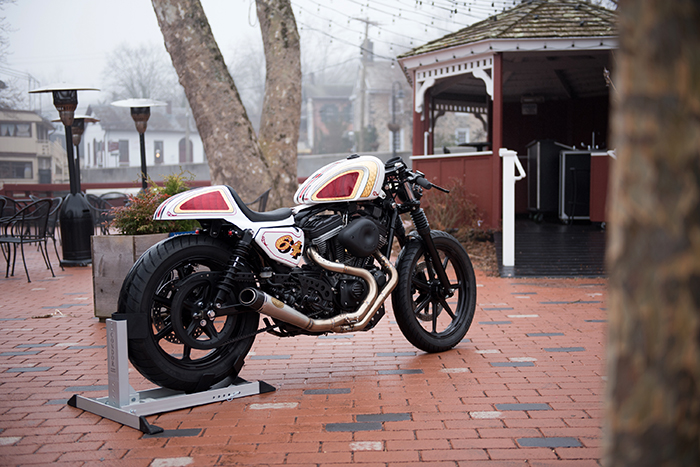 The final cherry on top of the build was the custom paint. They worked with a local painter – Ryzart – to get complete the job. They gave them the color scheme and let him take it from there. 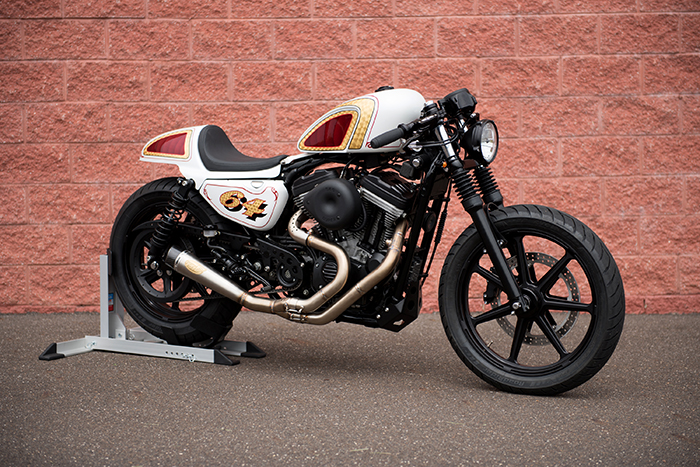 While Get Lowered’s Harley cafe isn’t a radical custom like some of the other builds mentioned above, it’s cool to see a husband and wife pursuing their dreams of opening a shop and building bikes. Isn’t the expression that a couple that rides and wrenches together, stays together? Either way, props to you guys for doing what you do. 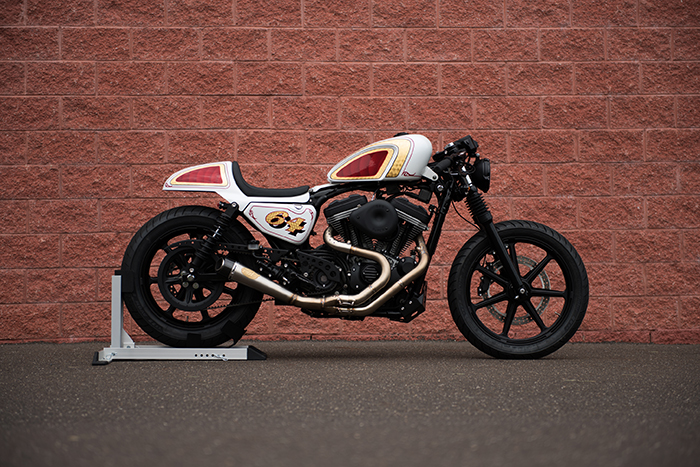