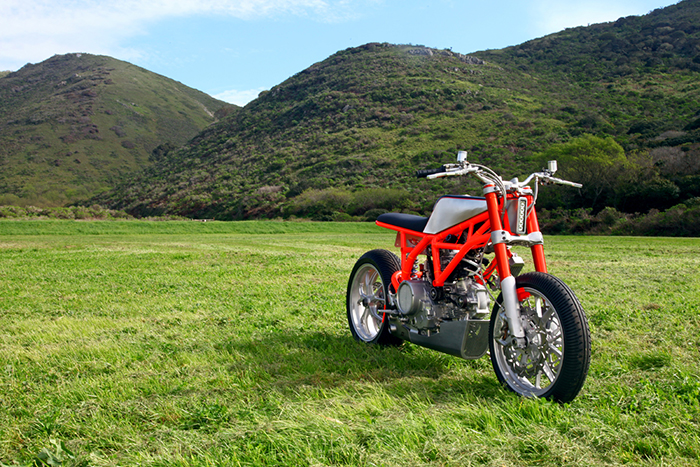 If you haven’t seen the Hyper Scrambler by now…you must have seen it by now, right? Even if you don’t regularly read “moto stuff”, this bike has appeared on some pretty mainstream stages like Jay Leno’s Garage, Playboy, Designboom and GQ Italia to name a few. 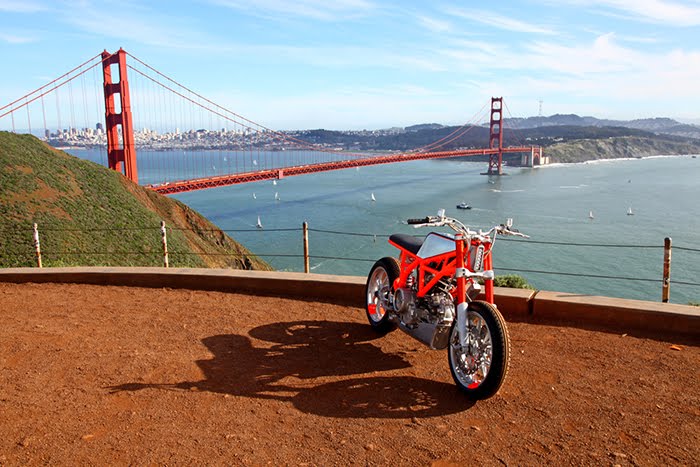 The Hyper Scrambler started its life in response to the Scrambler Ducati team’s Custom Rumble contest, which was a dealer build-off. And no, Untitled is not a Ducati dealership. So, how do the dots connect, you say? Jim MacLaughlin of Bay Area’s Marin Speed Shop partnered with Hugo Eccles at Untitled Motorcycles’ San Fransisco location – they have a sister shop in London – to get the job done. 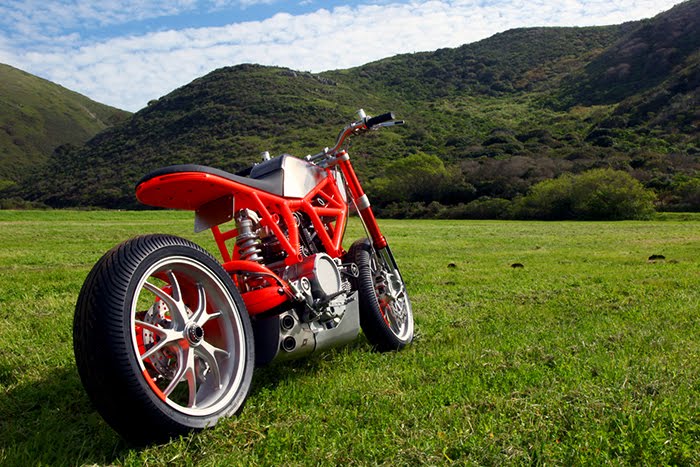 The base bike was a 2015 Ducati Scrambler Icon. Eccles kicked off the build by sourcing a Ducati Monster S2R swingarm which, with its tubular structure, better matches the Scrambler’s trellis frame. “I originally intended to use a Sport Classic Mono swing arm but it was impossible to source in time,” Eccles shares. Having installed the new swingarm a new subframe, to accommodate the S2R monoshock and a new seat design, was fabricated by Turk’s Shop, a local fabricator. 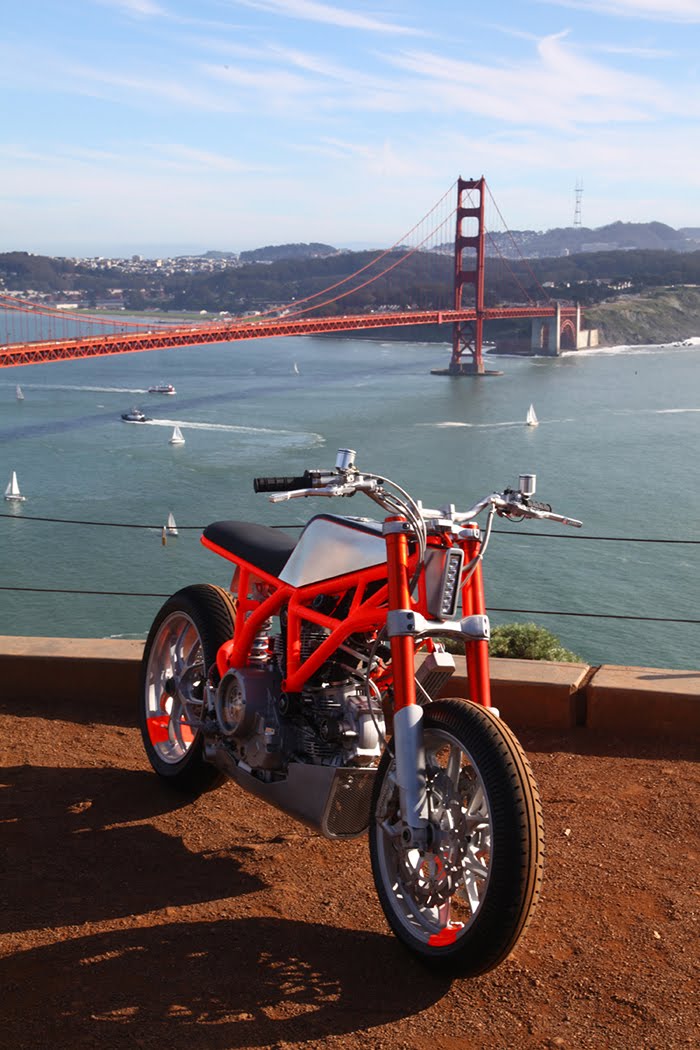 “I love Ducati’s signature trellis frame on the Scrambler and wanted to celebrate it”. An UMC-designed custom petrol tank that echoes the lines and angles of the frame resulted in a tapered shape which became the overall direction for the build:”the seat, tank and headlight are all part of one single tapered form”. The slim new design also suggested a more pared-down flattrack and supermoto-inspired style which Eccles felt was “compatible with the Scrambler’s DNA.” 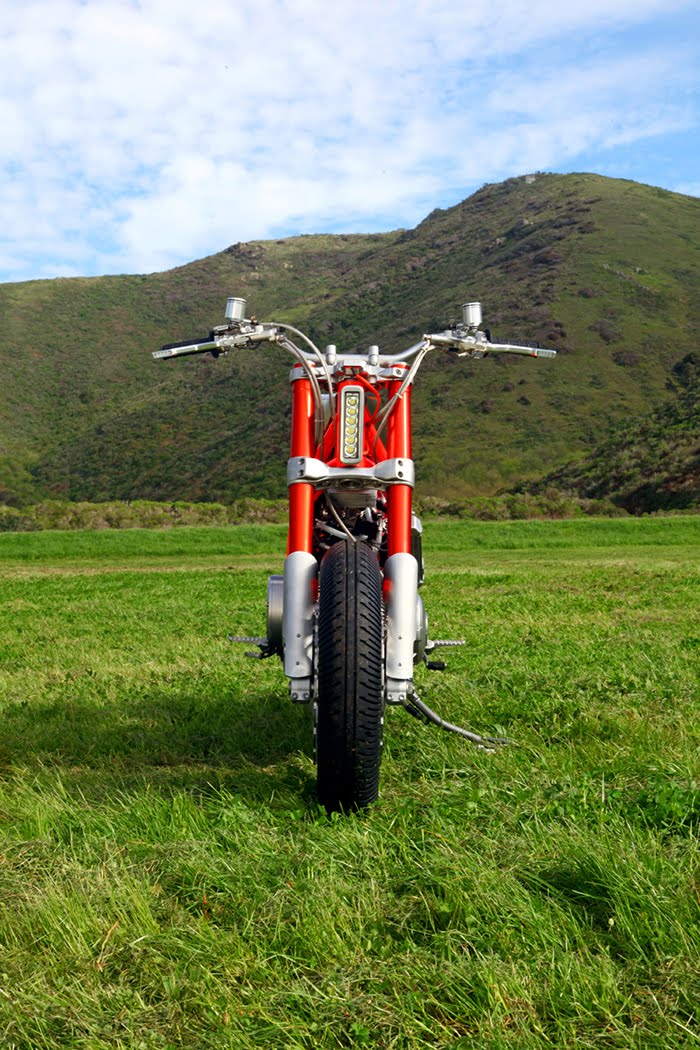 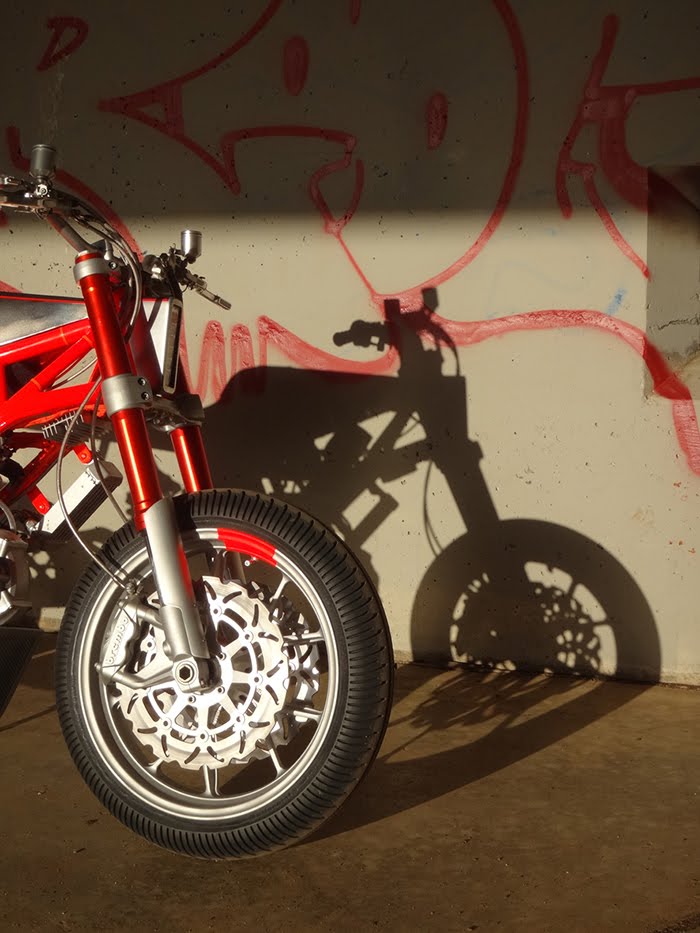 From that point onwards, the build was geared towards stripping and removing all extraneous details and components, including numerous plastic panels. The result is a bike that, at 325lbs, is 85lbs lighter than the original. “We’ve created an 800cc motorcycle that weighs less than a Vespa: performance is “lively” says Eccles. 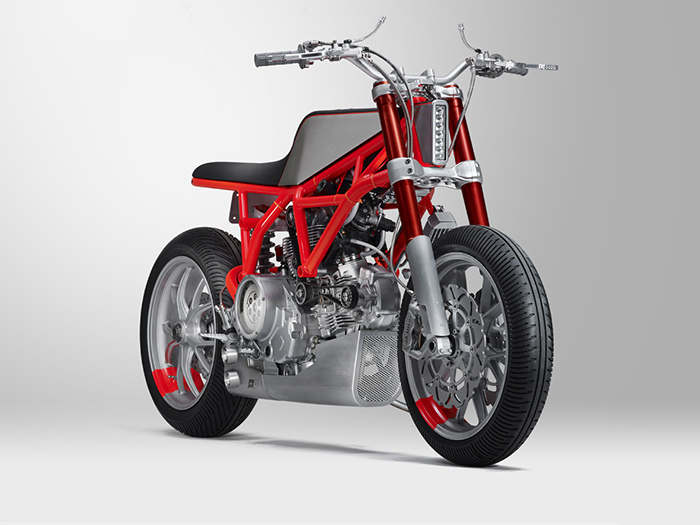 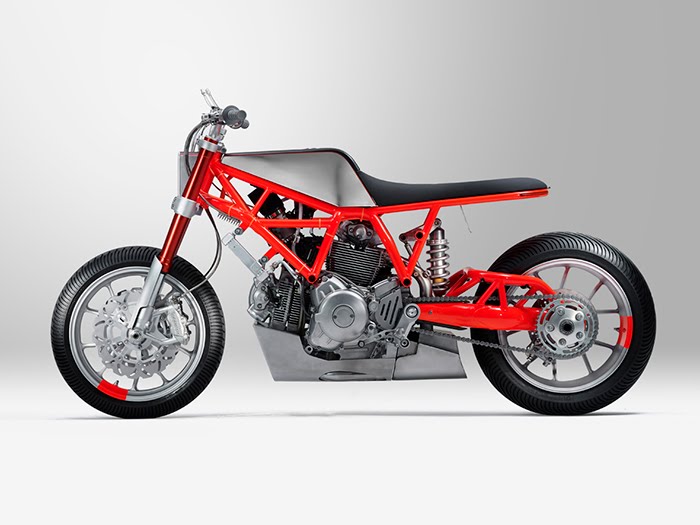 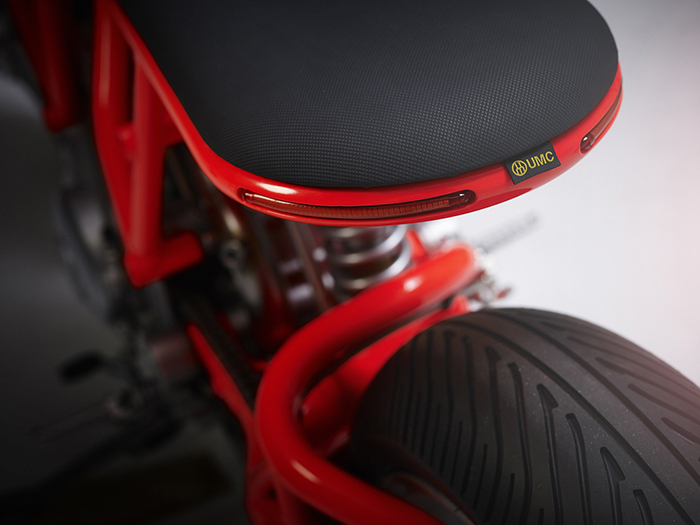 Visually, the new UMC Scrambler design consists of three core elements: engine, frame, and body: The engine and other mechanical parts have been stripped to bare metal and vapor blasted to celebrate their raw mechanical nature. 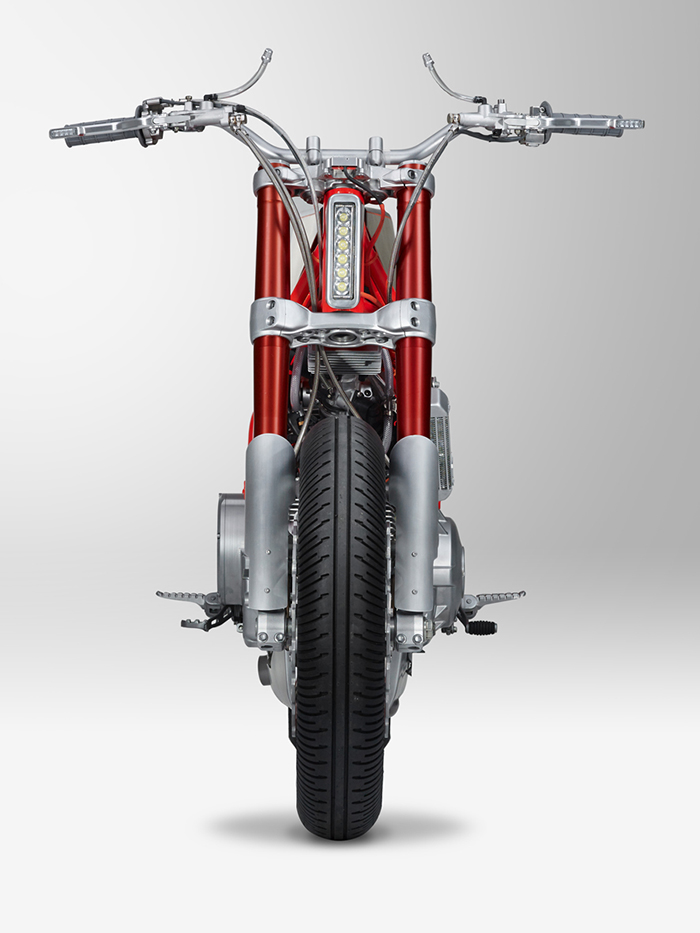 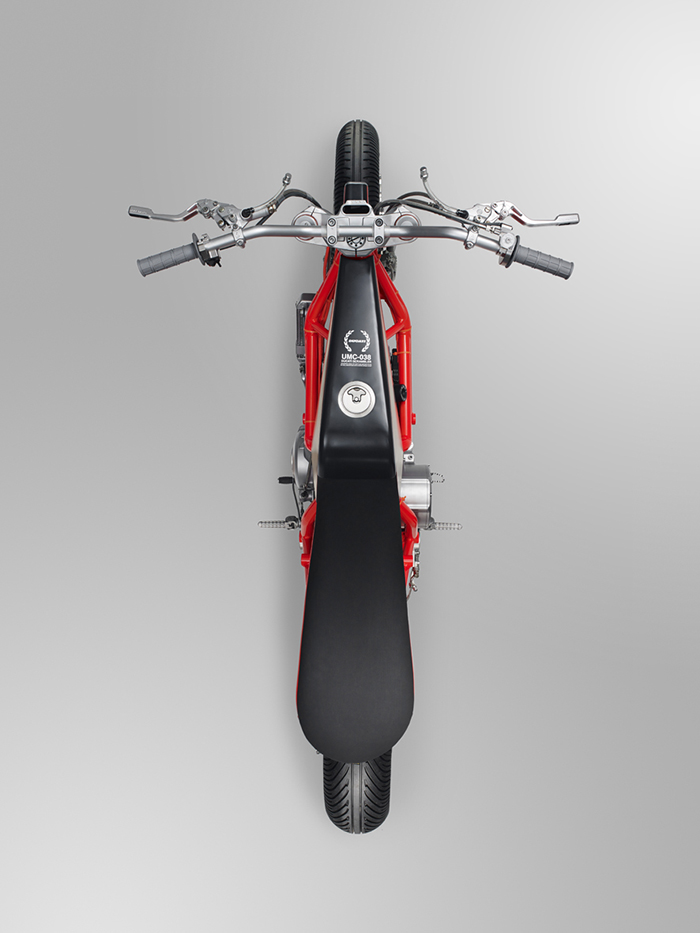 The frame has been painted in “Rosso Corsa” a neon orange color that Ducati uses for their Moto GP race bikes, to showcase the characteristic trellis frame and swingarm. The nickel-sided petrol tank is a nod to the 1968 original while the bodywork has been painted in a solid grey to match the slim motocross-inspired grip vinyl seat. 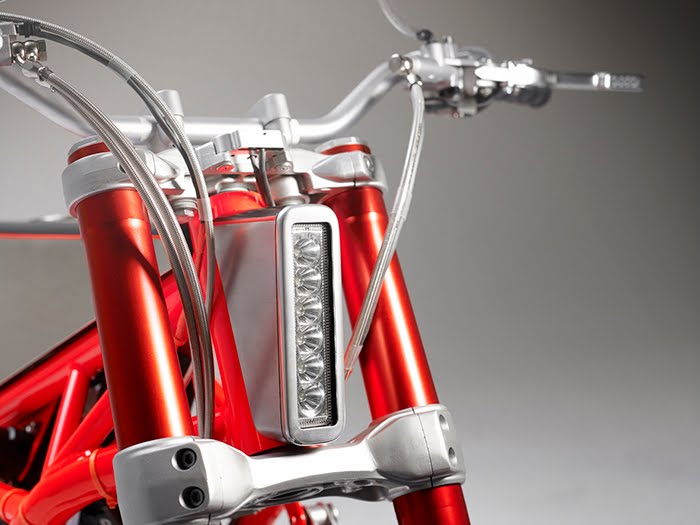 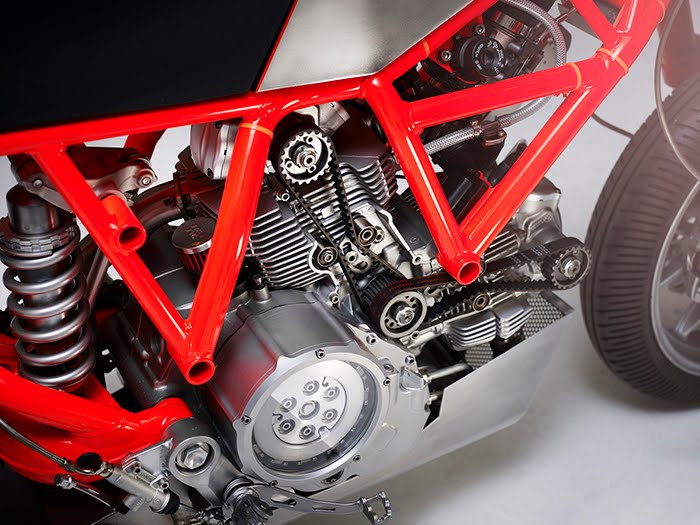 Eccles is the first to admit that this build is somewhat out of character for Untitled Motorcycles. “It was competition build so we set out to do something intentionally provocative. Although this bike is road legal, the next road-going versions will be designed and detailed differently.” 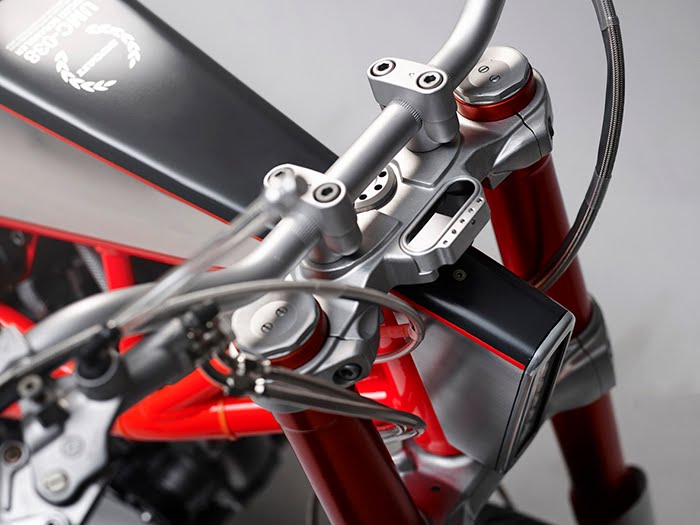 The UMC-038 Hyper Scrambler is actually up for a Creativepool people’s choice award currently. Head on over and cast your vote here. 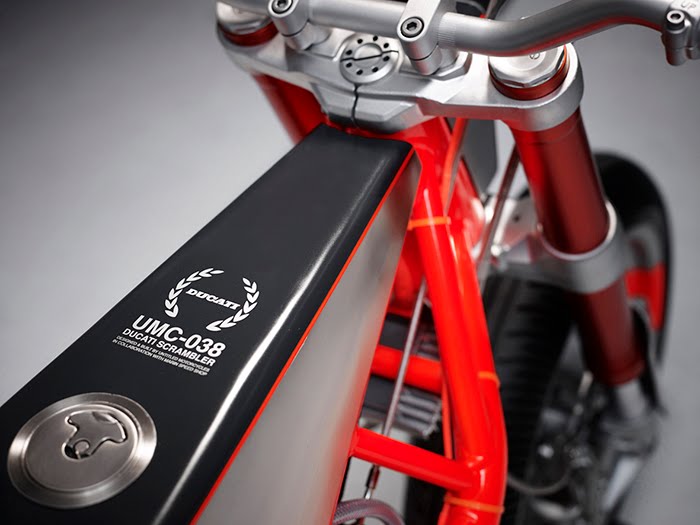 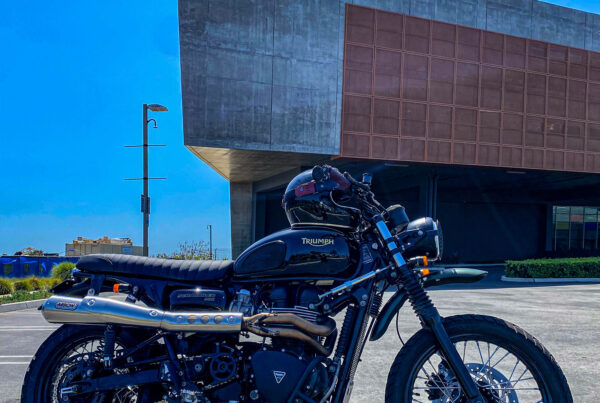 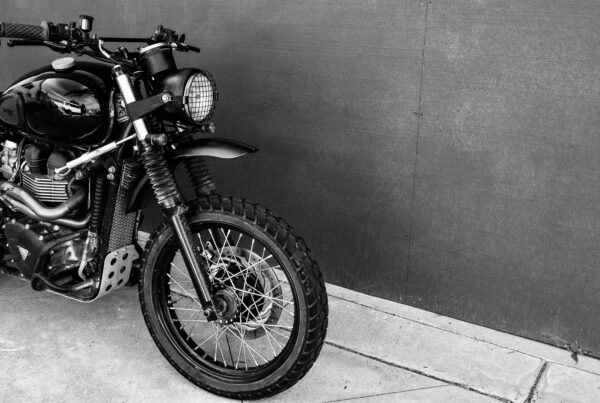