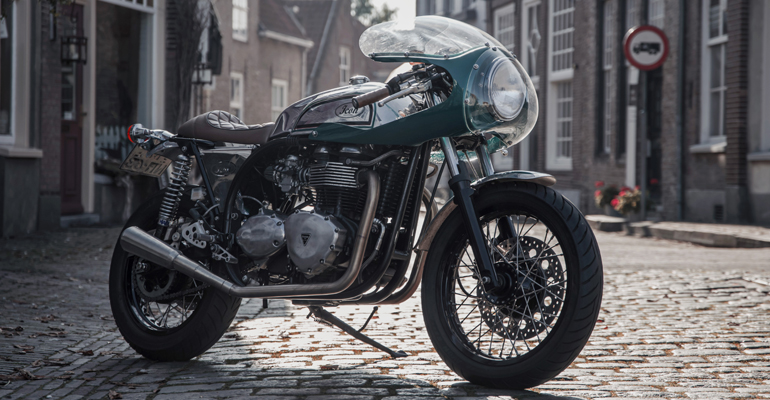 A Triton cafe racer is the quintessential cafe racer. Back in the 60’s and 70’s, taking the superior Triumph motor and mating it into a Norton featherbed frame was a recipe for an amazing machine. To this day, this is a distinguished combination and when Dutch builders, Icon Motorcycles, set out to tackle a modern Triton cafe racer they stepped up to the plate ready to knock it out of the park.

Words below from Icon Motorcycles

The cafe racer history built in 1938 the Ace Cafe developed in to one of the most iconic landmarks in motorcycling history. Beginning life as a humble roadside cafe Ace’s two standout features were it’s location, right alongside of one of Britain’s fastest major road networks and it’s opening times, 24 hours a day. As it’s popularity grew among motorcyclists and the Cafe Racer trend developed the Ace Cafe became the place to go for any enthusiast. Teams of riders would gather and listen to Rock and Roll music with their girls before screaming off in to the night to race around a course and return before a song on the jukebox could end. 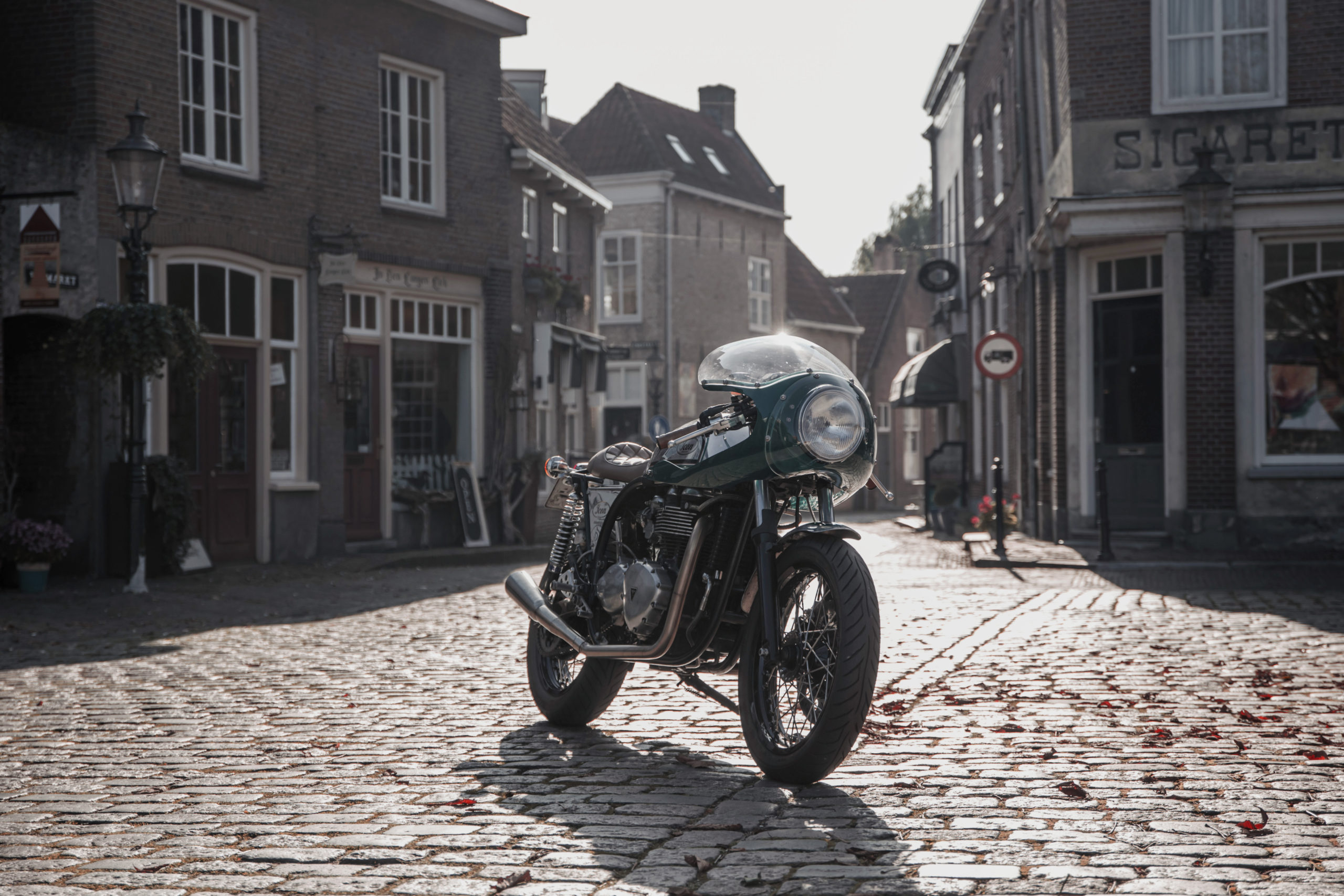 In 1969 the Ace Cafe closed it’s doors after the development of the motorway network. Motorcycle manufacturers were struggling with the increased price of production while the market for cars boomed. With the iconic Ace Cafe closed the spirit of the Cafe Racers lived on even though other popular cultures had stolen the Rockers lime light. Icon Motorcycles honors the motorcycles from that time and lets them revive. We return to the sentiment of then. We keep a history alive that must not be lost. We create rare motorcycles for the owner. Icon Motorcycles “The best of two worlds” Icon motorcycles goes back to the origins of the cafe racers. Cafe racers as they were originally intended.

By combining the best of two motorcycles into one, the ultimate café racer emerged. The famous Norton Featherbed frame bears a reputation that cannot be equaled. The featherbed frame, a double cradle frame with a wasps waist, the roadholder fork and swing rear suspension, built by the Irish McCandless is the legend of the British motor industry.

At the time, the amazing features of this frame were responded with amazement. From the top in the ball head, two parallel Reynolds 531 tubes in chrome molybdenum steel, walked toward the front bottom of the block to deflect behind the gearbox, where they made a wide 90 degree arc upwards. The two loops of the frame were connected to cross joints on several panels. For the straight-ahead stability of the assembly, the top of the ball head with the upper cross link of the frame and the cylinder head by means of a solid steel plate was secured together.

Icon Motorcycles has created a replica of the original “wideline” version based on an original factory drawing, creating a modern Triton cafe racer. These types of British frames with sublime properties form the basis of every “Icon” motorcycle. The engine heart of the Icon Motorcycle is formed by a Triumph 900cc air-cooled engine. Last real British standing twin with a 360 degree crankshaft guarantees a unique engine character. The main features that a real British café racer had to possess at that time must not be lost and guarantee the sentiment of yesteryear.

Quality and exclusivity is the look and feel of every part of the bike. These two characteristics run through the design as a thread. One of the last motorcycles in the world built by hand, each icon motorcycle is assembled by hand to meet the highest standards. In each part you feel that the British industry is represented. The components colored in the “British racing green”, the two-tone color scheme, the short aluminum circuit tank and the curves from the swept back exhaust make you want the British era of yesteryear. The new Triton. The icon of the British cafe racer era.

This cafe racer is both man and machine. The human side of the cafe-racer was a perfect match for this type of motorcycle. The riders were young and speed was a requirement. With its spartan look and aggressive feel, the “Triton” is one of the most distinctive and respected motorcycles in the world. “Triton” is the combination of the abbreviations of Triumph (engine) and Norton (frame). Without the emergence of the “Triton” manufacturers might never have developed the modern sports motorcycle. There was also a flow that demanded that their machines be driven even faster and that the appearance be similar to the machines of British racing heroes such as Mike Hailwood and Geoff Duke. Reaching “the Ton”, often achieving the top speed of 100 miles per hour, became a goal in itself. The motorcycle had to be tuned to accomplish this. This meant the birth of “The Legend”.