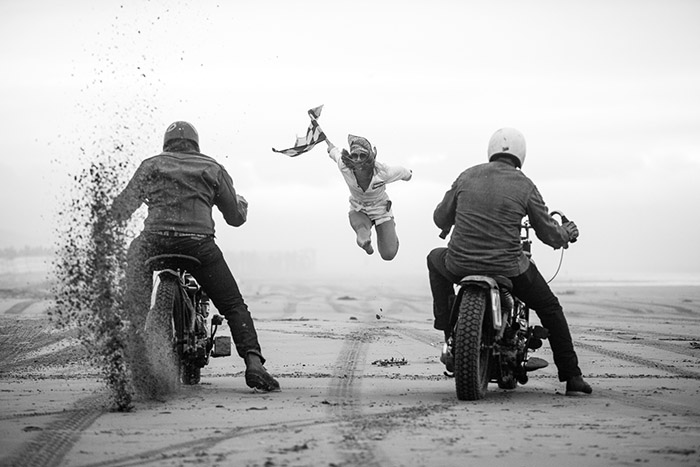 You might look at this photo set and think what you’re seeing is some old ‘beach racing’ shots from the 1940’s and 50’s, but you’d be wrong. What you see here was recently shot, by photographer Erik Jutras, taken in Pismo Beach, CA at The Race of Gentlemen (aka TROG). The Race of Gentlemen is hosted by the Oiler’s Car Club and has increased in popularity since it’s inaugural run in 2012 with this year being the first year to see a west coast event. TROG is an invitational event and they are very strict about everything being “period correct”, and it shows. 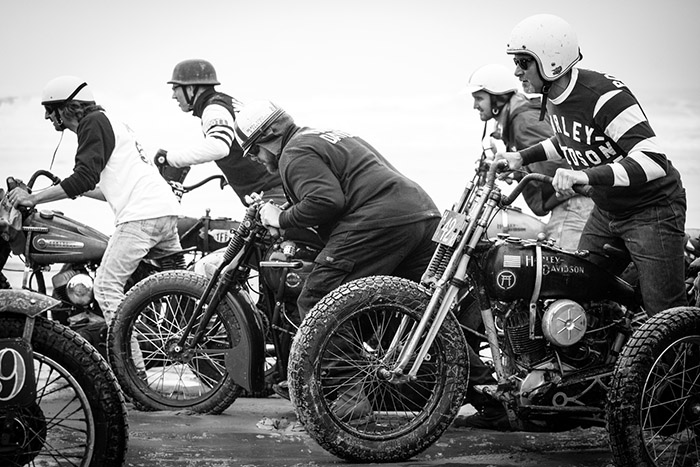 The racers push their vintage Harleys through thick sand towards the starting line. The wetter, hard-packed sand was much easier to deal with than the rest of the deep, soupy sand that seized many other racers in their tracks in the pit staging area. 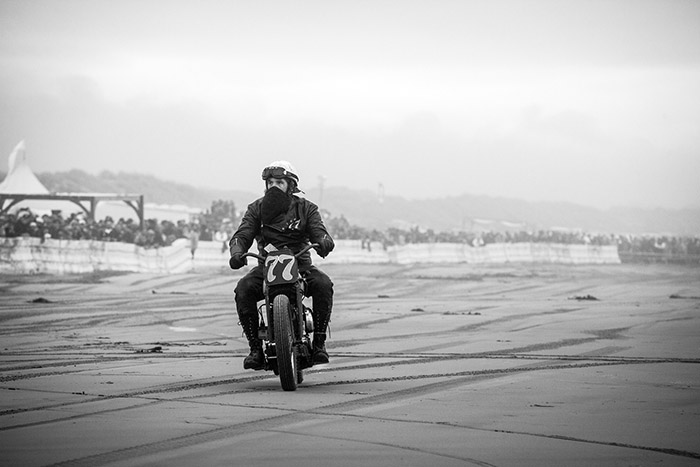 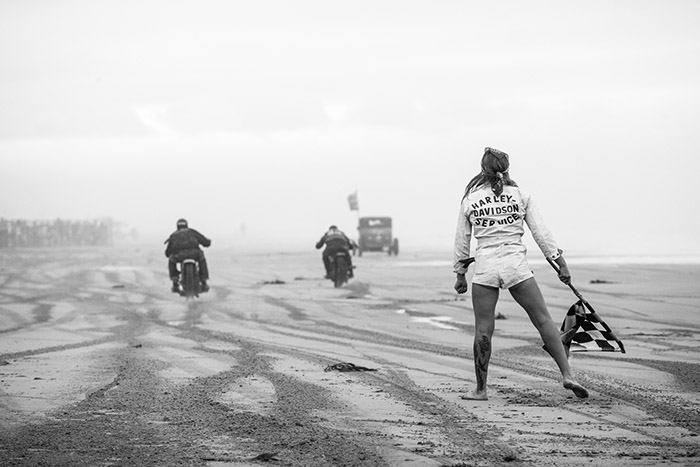 @ratherbeagypsy looks on as two racers speed off into the distance. 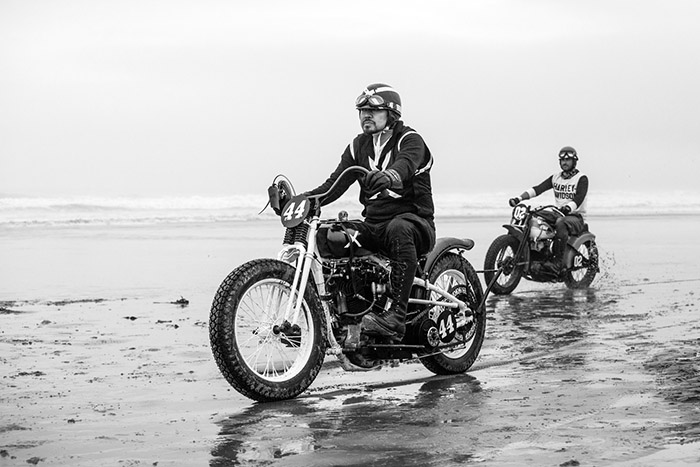 Two TROG riders on their way to compete on the sandy proving grounds. 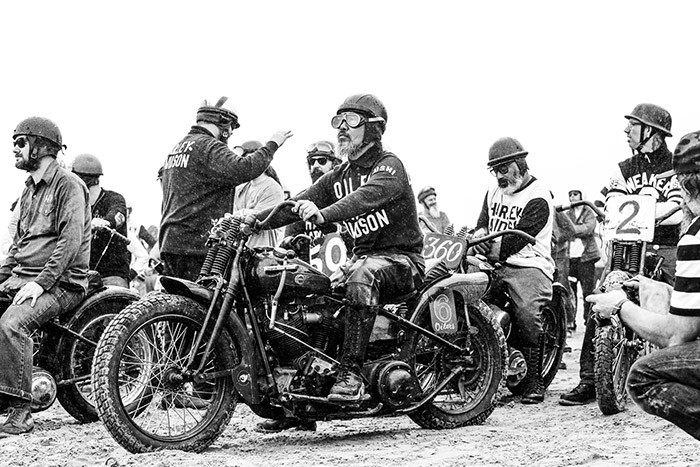 “Sushi” Atsushi Yasui and Steve Caballero wait amongst many for their turn at the starting line.