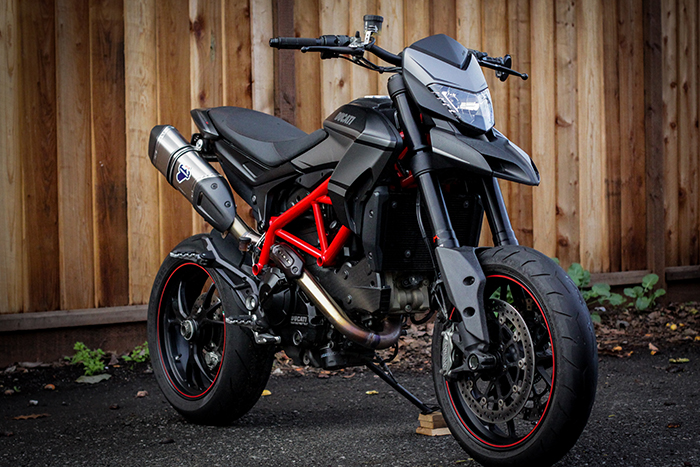 We dial in our Ducati Hypermotard SP

Having a mild hatred for bulky blinkers, we’re constantly on the lookout for minimalist solutions. New Rage Cycles offers a pretty discreet kit, with their Snap-On Front LED Turn Signals. They’re CNC machined from polycarbonate and, you guessed it, snap directly onto a range of fork tubes sizes for a pretty low-pro look. Not being fully satisfied there, we opted to murder them out for an more inconspicuous look. 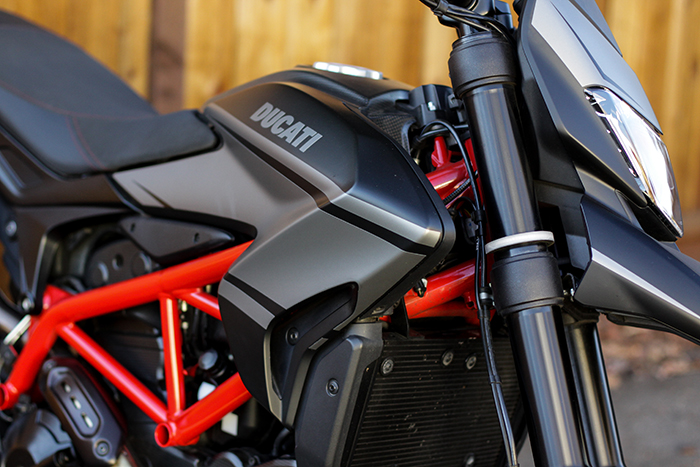 The unmodified blinkers appear white, which we felt was too much contrast on the black down tubes. Having already installed the blinkers on the bike – and being a bit lazy – we cleverly masked off the blinkers while keeping them on-bike and used an automotive lens tinting spray to smoke them out. After a couple coats of VHT’s ‘Nite-Shades’ and we were good to go. It was our first time using the spray and have got to say, the stuff worked amazingly well with the blinkers! 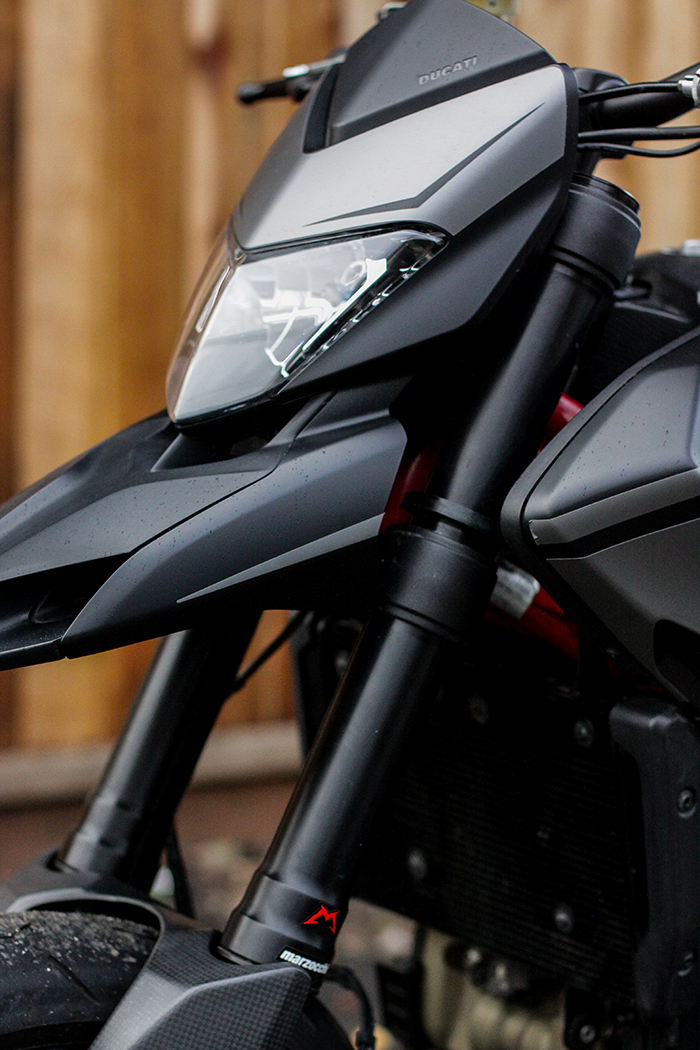 The blinkers are now all but invisible and still glow bright as hell through the coating. As mentioned in our earlier post on NRC’s Fender Eliminator, these things flash seriously bright! 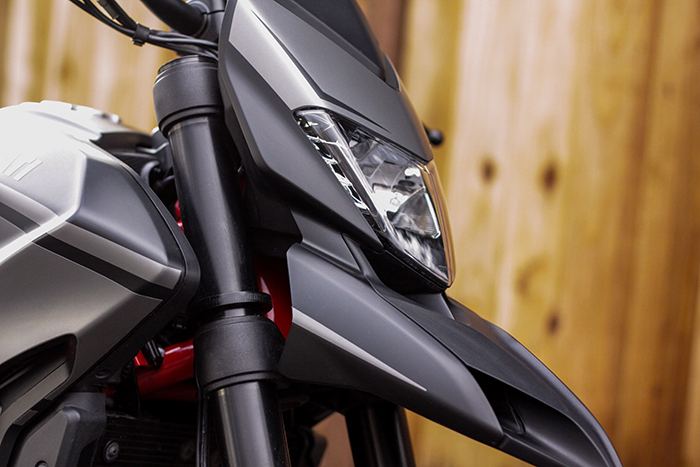 We had already installed the dual-load equalizer that NRC offers so all flashing was at normal speeds. Install was easy and they’ve worked well without any trouble whatsoever. What do you guys think, do they distract from the overall aesthetic? 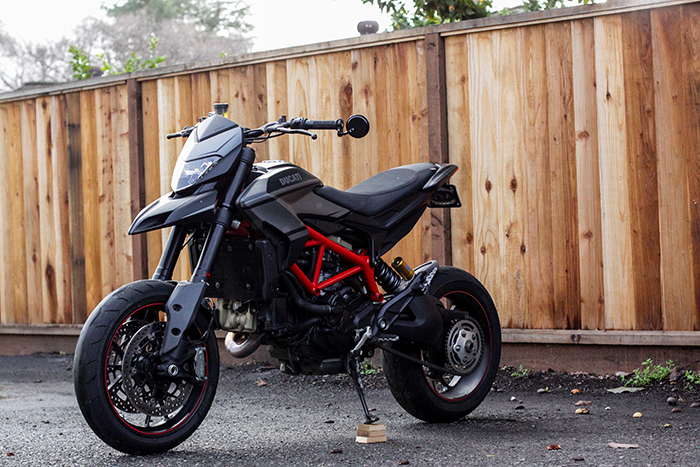