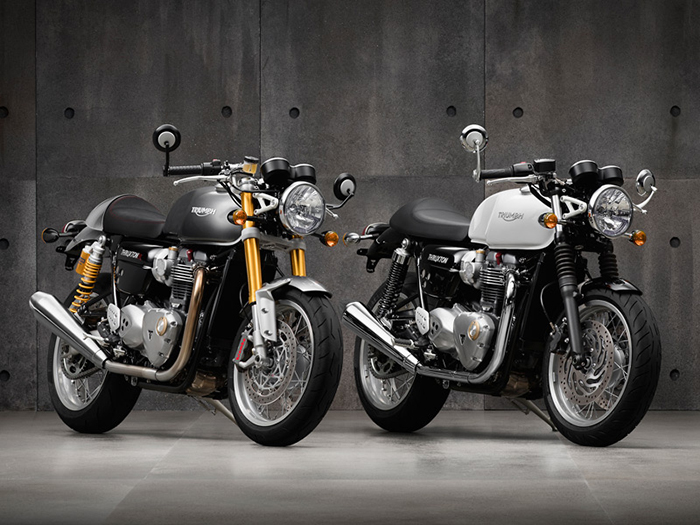 Triumph seems to have been sitting on their hands for some time and it’s no question they were long overdue for a refresh to their modern classic line. Well, Triumph enthusiasts, you’re in luck and unless you’ve been sleeping under a rock, you’d know by now that the entire line is getting an upgrade for 2016. 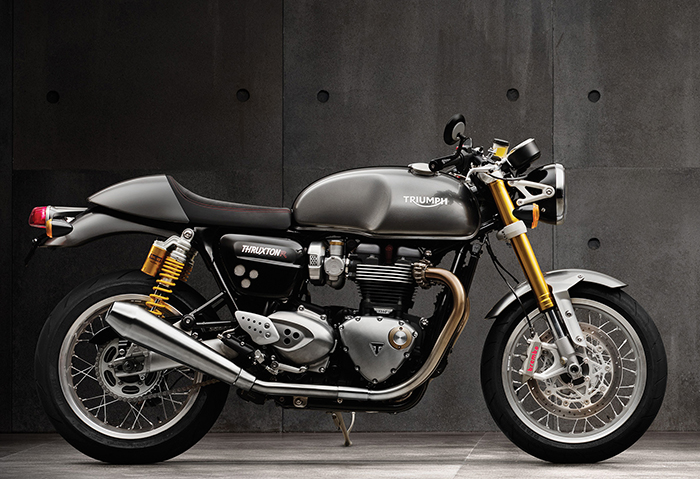 With the entire modern classic line getting reworked, there are a handful of new good-looking models such as the newest addition to the family, the Street Twin, I’d have to say the new Thruxton R looks to be the pick of the litter.  Those gold forks look great, and I was joking with Bullitt founder Pat Flynn that Triumph must have taken a design queue from his Bullitt OG. 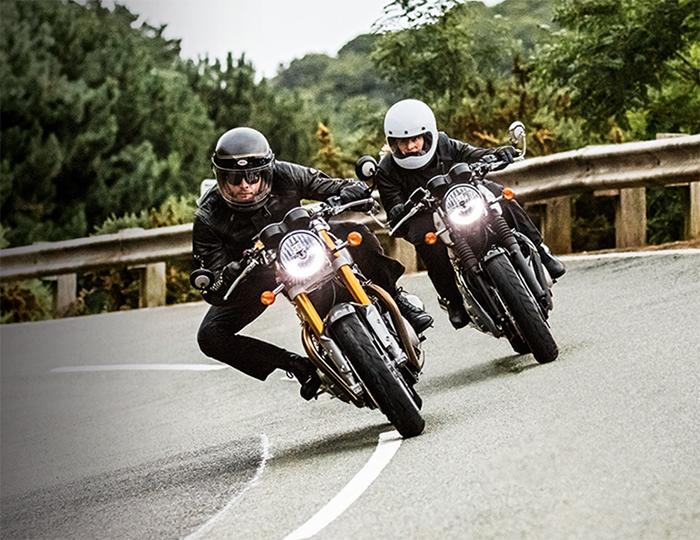 Aside from the new gold Showa forks on the Thruxton R, one of the most substantial updates to the new Hinkley cafe racer is that they are now home to a six speed, water-cooled, 1200cc 8-valve, “high power” engine. No word on horsepower yet but Triumph is claiming this new motor puts out a 62% increase in torque from the previous generation. 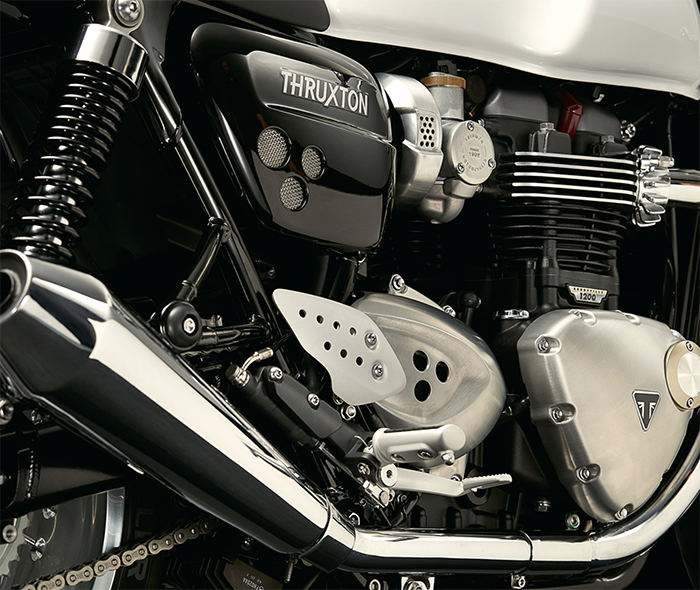 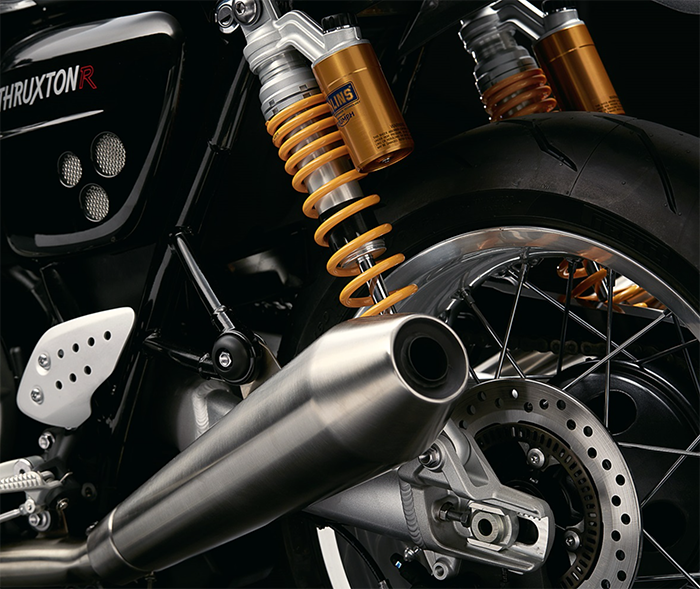 Color options for the new Thruxton come in the form of Jet Black, Pure White or Competition Green while the Thruxton R is offered in Diablo Red or Silver Frost. 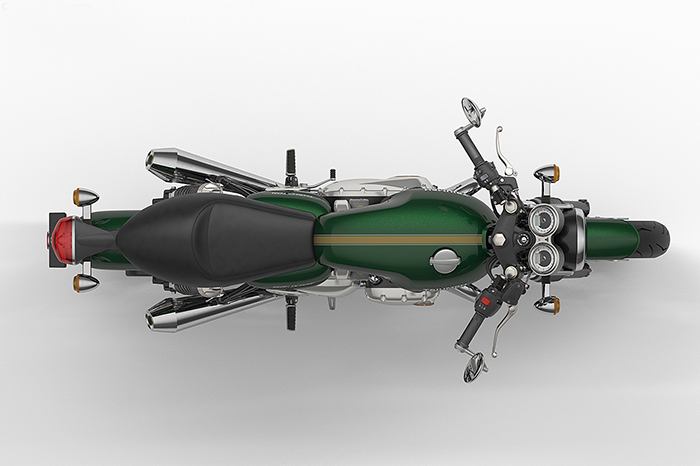 Triumph is joining the 21st century with modern updates such as ABS, ride-be-wire throttle, slip assist clutch, USB charging socket and riding modes. Rider modes are linked to the new ride-by-wire system with three selectable modes; ‘road, rain and sport’ giving you the ability to choose based on condition and riding preference. 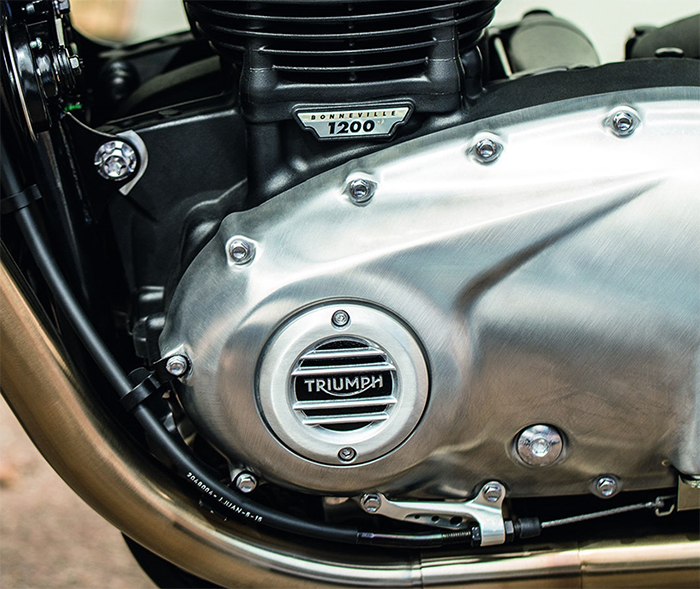 Triumph is also offering “inspiration kits” for the new Thruxton that you can have fitted by your dealer. The kits are said to be the starting points for designing your own and include a full-on track racer kit and the “ultimate cafe racer kit”. 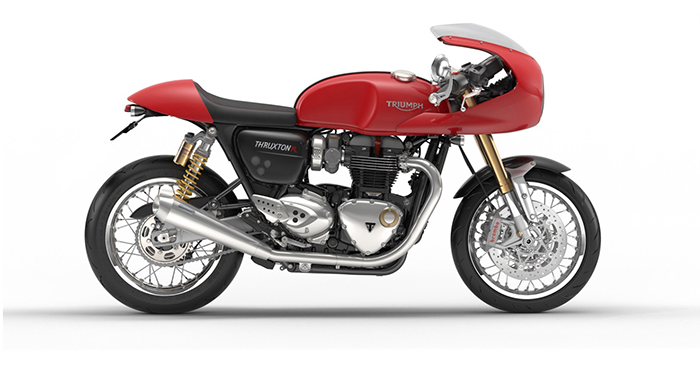 The Cafe Inspiration Kit
The Cafe kits also forgoes the front fairing for a tinted fly screen. It too has clip-ons, fender eliminator, Vance & Hines slip-on silencers, leather tank strap and gets a set of Triumph knee pads. 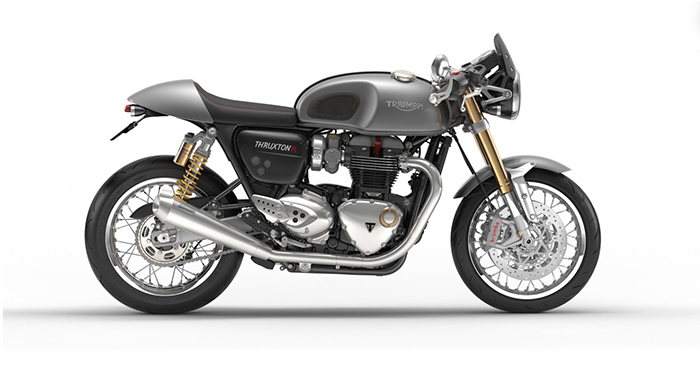 Triumph definitely hit the nail on the head in the looks department with their new Thruxton. Time will tell for us to actually see how these babies handle. Though weight still hasn’t been disclosed, it’s safe to say that these won’t be ‘light’ and the power is sure to be nothing crazy but having said all that, the average Joe looking for a factory cafe racer likely isn’t expecting superbike specs. For that guy (I may be one of them), he’ll look the part doing the Ton with relative ease. I have a feeling Triumph might do OK with this one…