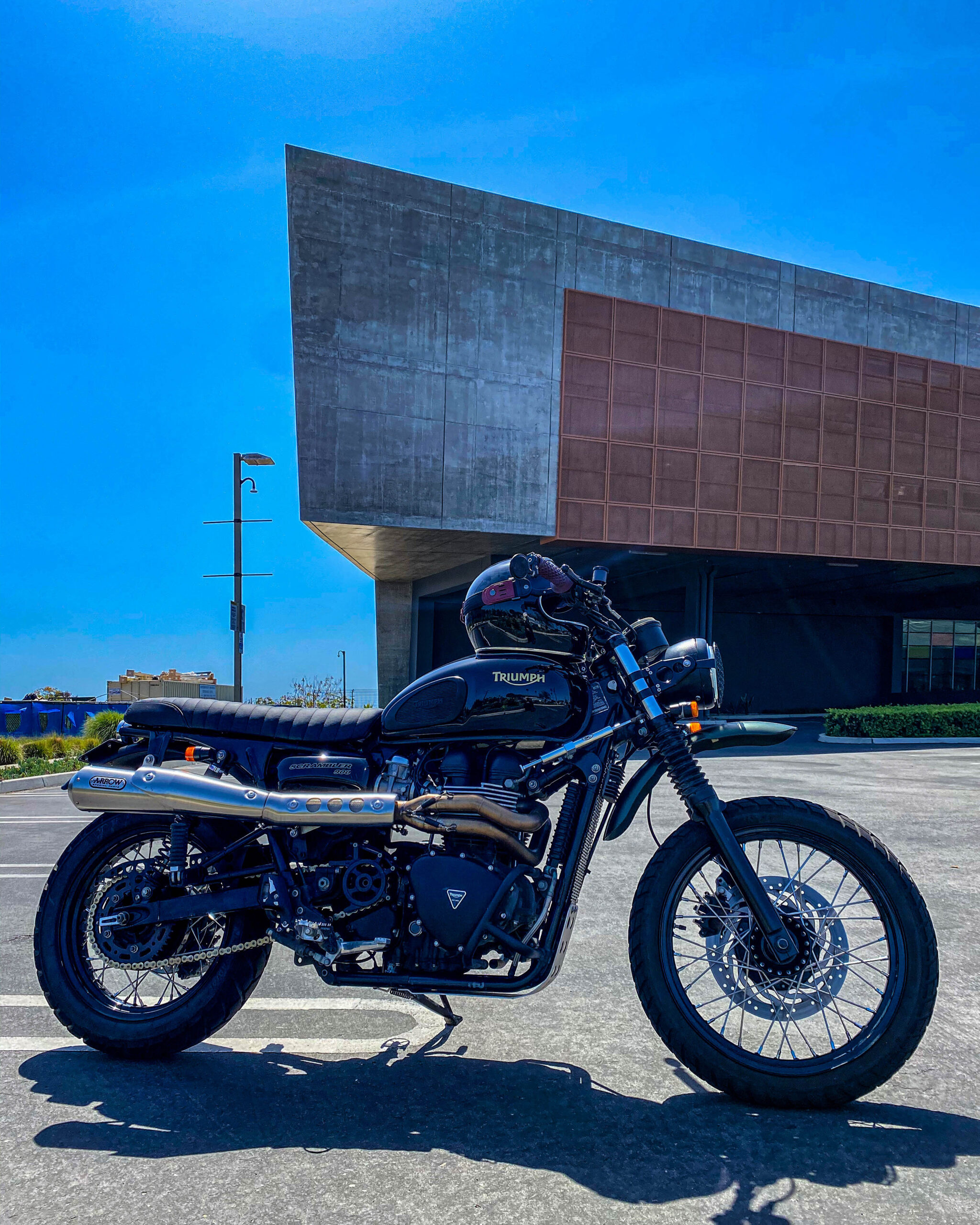 Getting some seat time on The Bullitt OG2 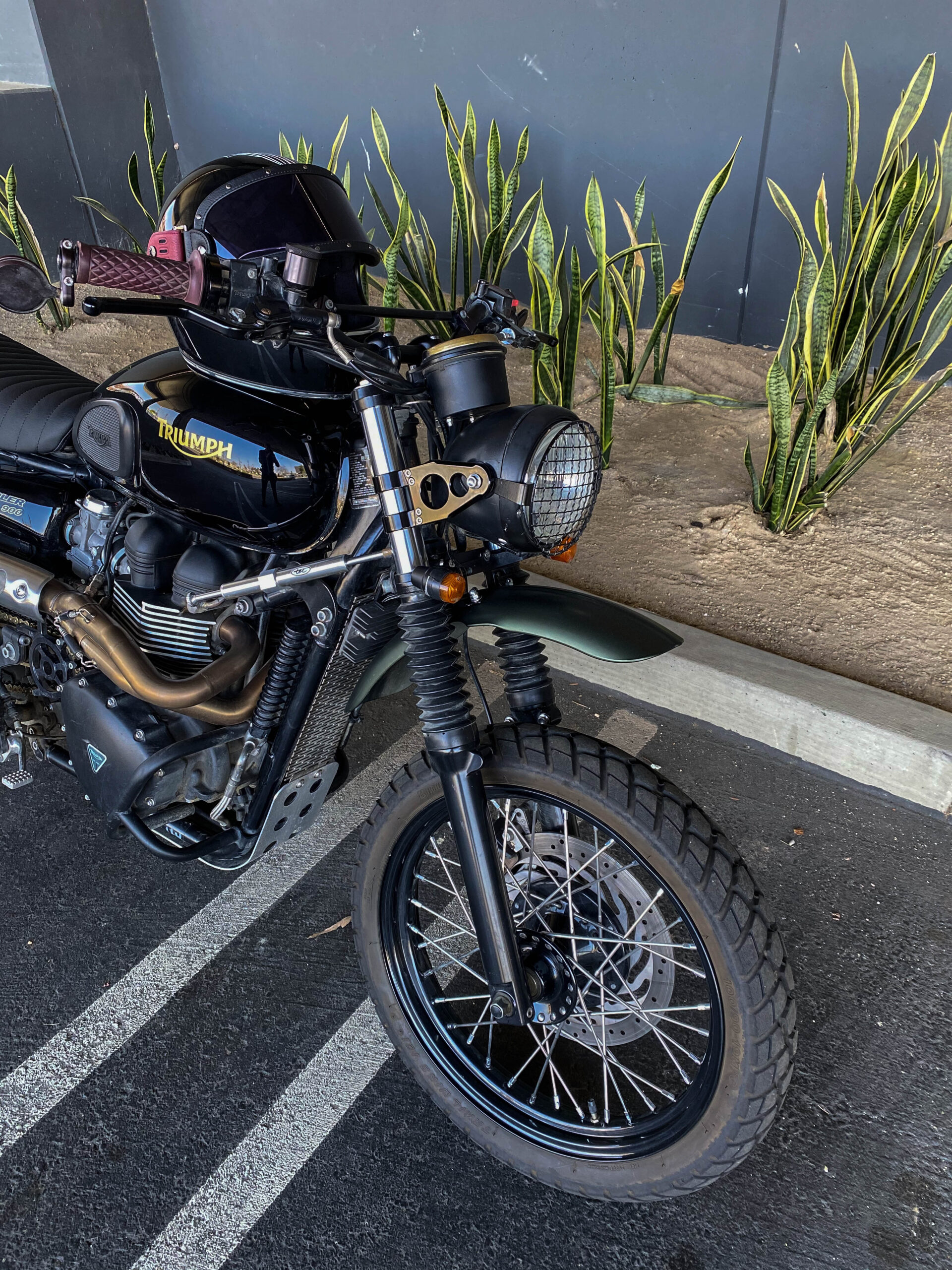 Part of the fun of getting a new personal build together is being able to take my time and decide what I do and don’t like about the bike. There’s definitely been a handful of mods to the bike I’ve wanted to undo, which I suppose is also pretty normal. As much as I love the sound of the Arrow Exhaust, there was just something about them that I knew didn’t resonate with me. Firstly, I suspect it’s just that they’re such a common exhaust. Secondly, the inverted headers drive me up the wall but I know that’s a pretty easy fix. 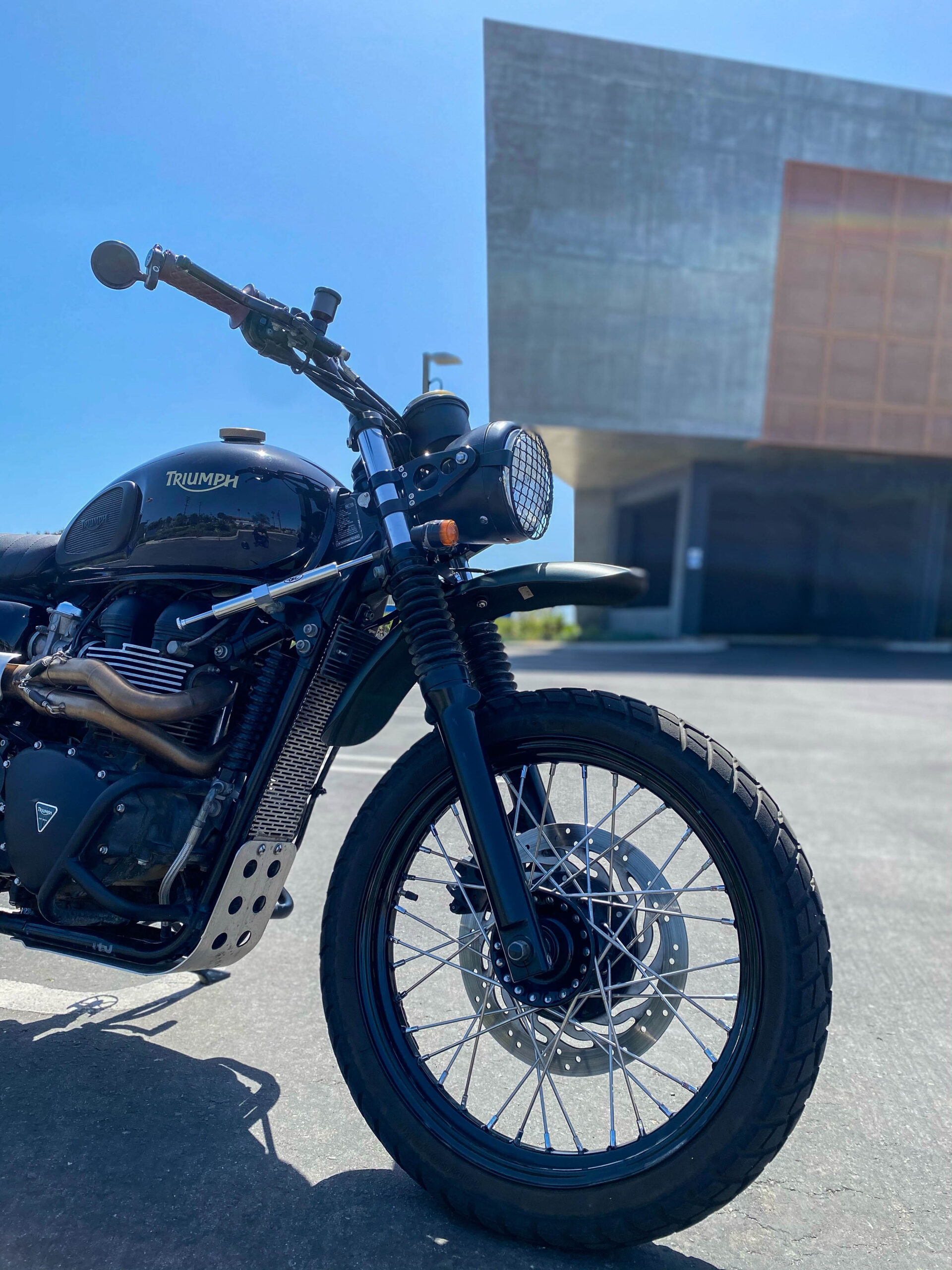 I’m still on the fence with the steering stabilizer too. It’s mostly an eye sore to me, and while I’ve had a tank slapper or two on the OG, this one is not going to be set up for top speeds. More adventure and dirt in the end. Do I want such a large stabilizer for dirt? I truly don’t know that answer…yet. 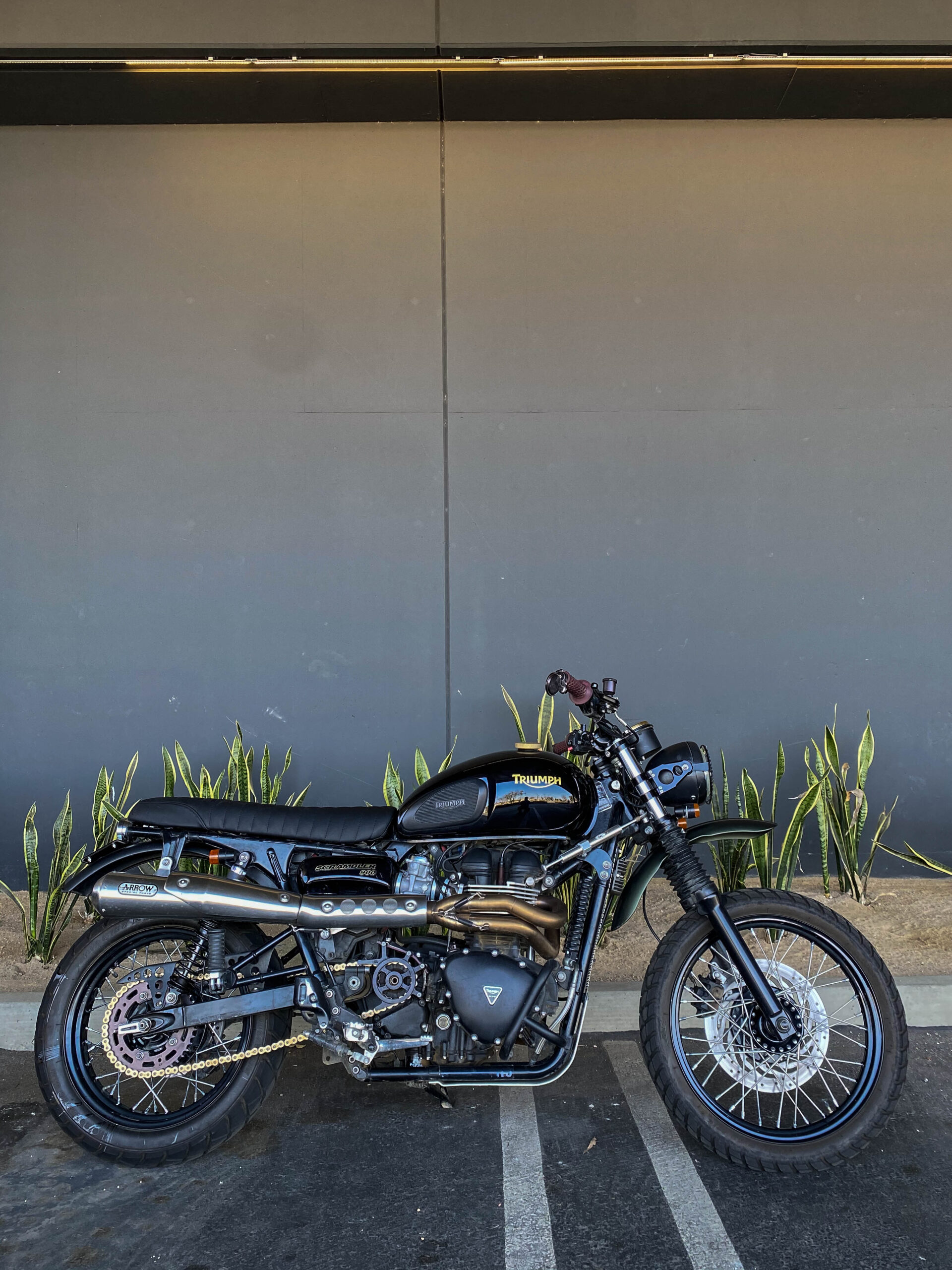 Funny enough, I get a lot of compliments on the fugy bronze gas cap but I don’t like it one bit. I thought I was kind of stuck with the bronze speedo ring too, so I had some bronze “Triumph” lettering made up. I realize that all of this is kind of temporary as I’m planing custom paint for the tank. That being said, I do quite like the bronze/gold on the tank. 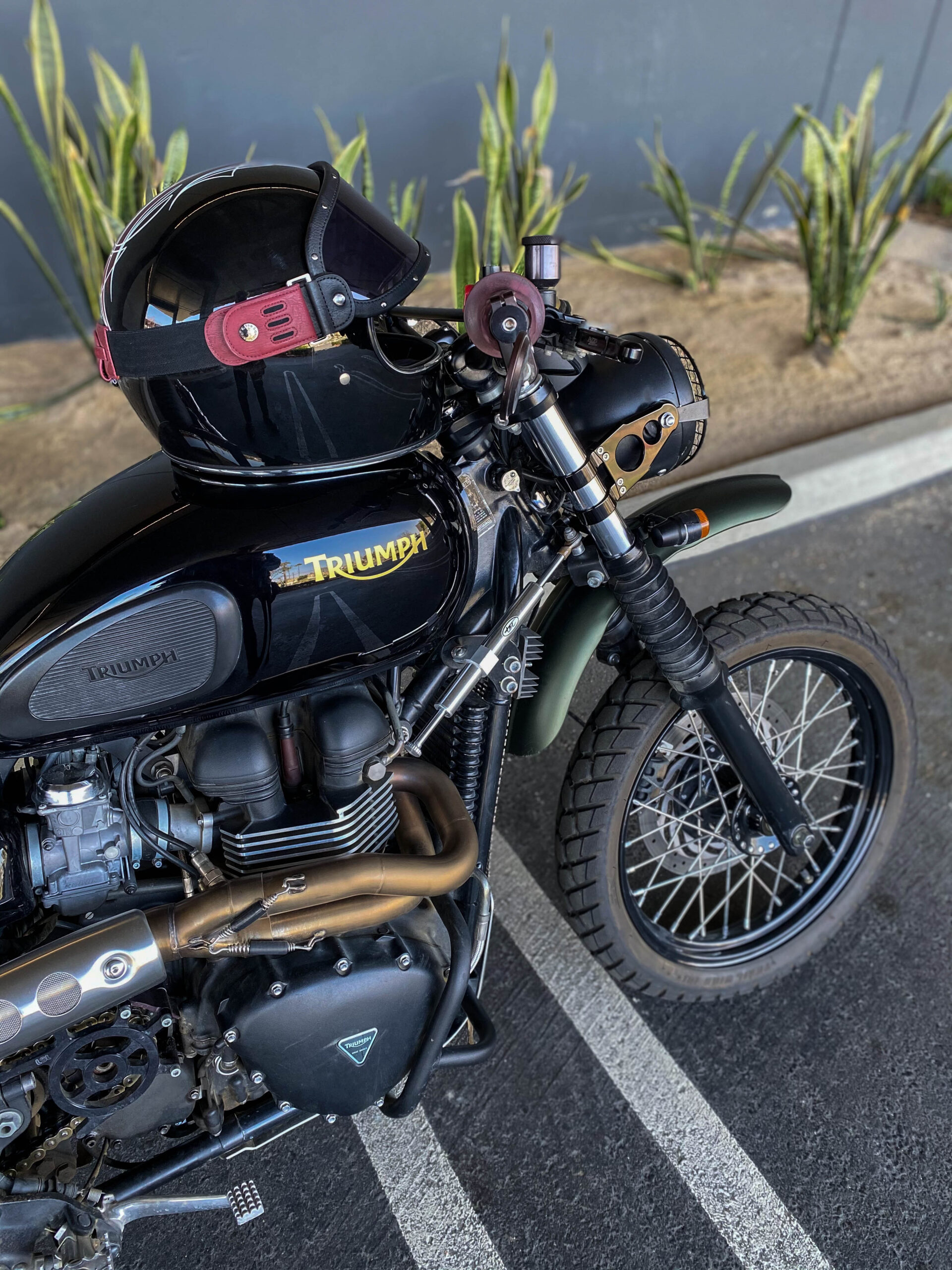 Since my last check in, we had added the British Customs Slammer Seat, which I love. Miles in the seat down, and I’m still happy as can be with it. Another upgrade that made a huge visual upgrade to me was the BC billet headlight ears. It’s a good start but I still want to lose the smaller Scrambler headlight and upgrade to a standard 7″ bucket. 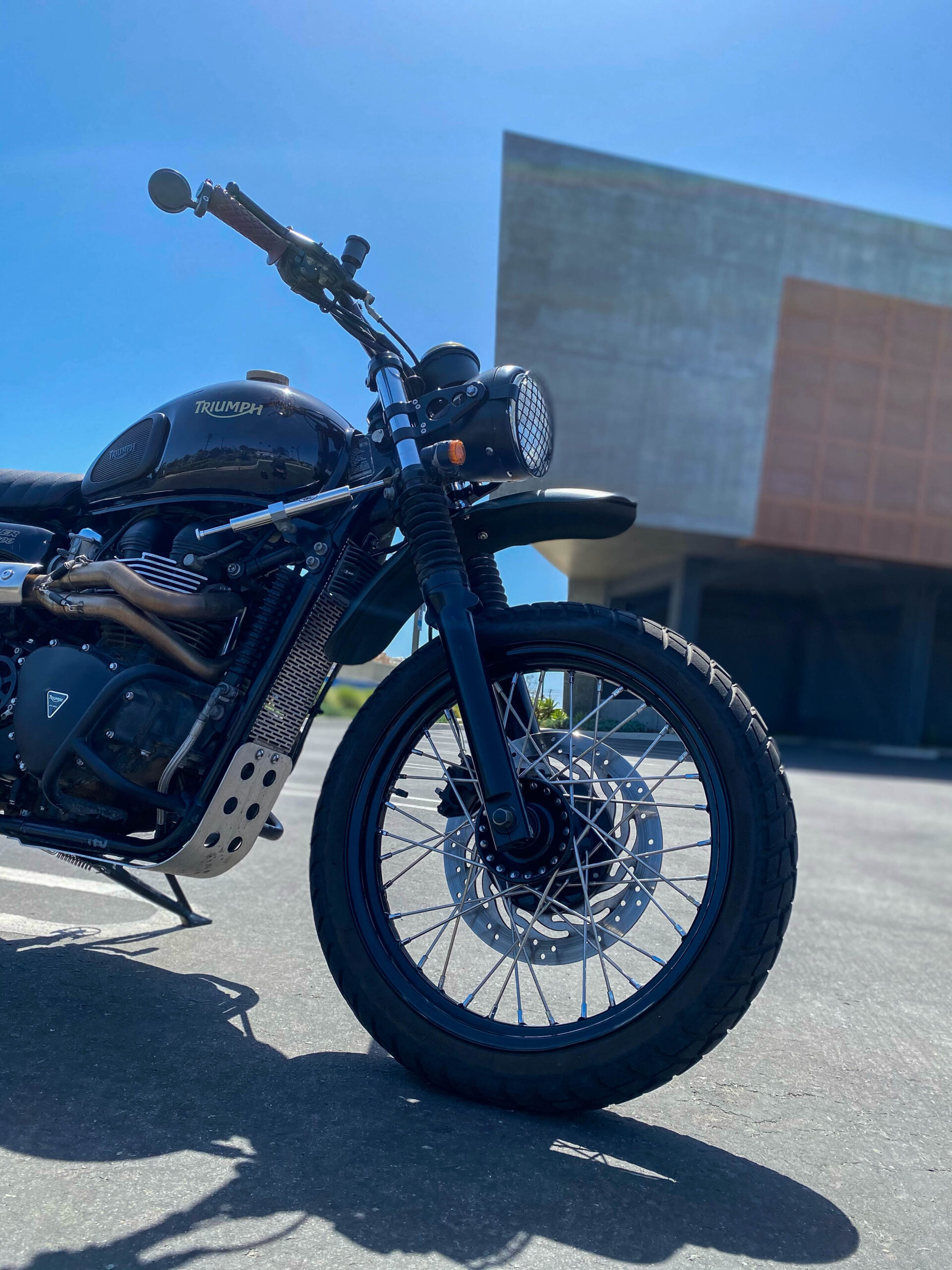 I’ve been running the British Customs high fender bracket and Thruxton front fender. I haven’t repainted it yet as I feel like everything is still in a mock up phase of sorts. Still deciding if I want the high fender, and if I want the Thrux fender of something different. I’ve got a more vintage front fender that matches the rear I may play around with. 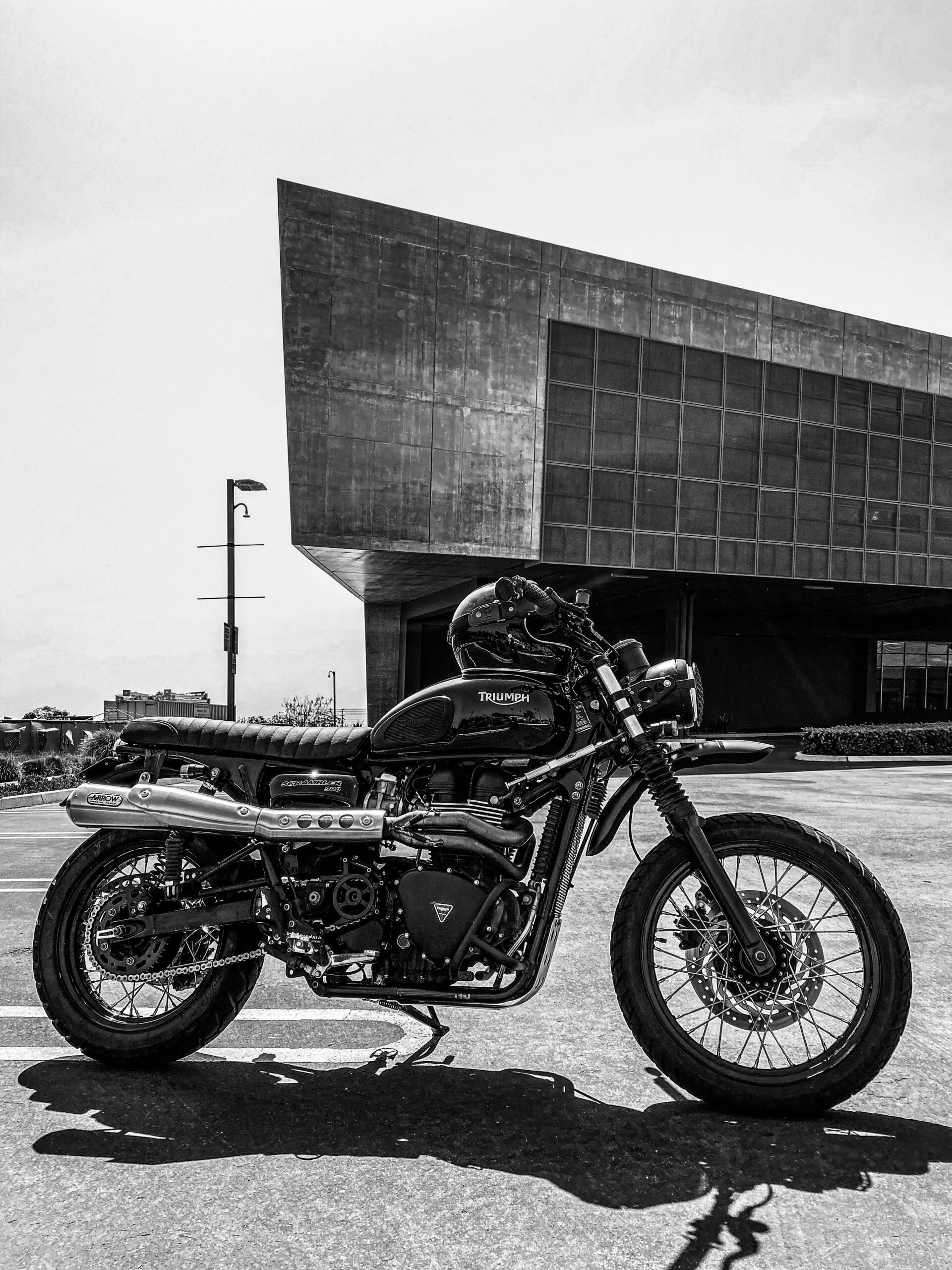 Up next, airbox delete and new exhaust. Can’t wait to get that going and to share back with y’all. What do you think of the build so far? Any suggestions on where to go next? Seriously, I’d love to hear from you.