I never could have guessed how much one purchase could change my life until I bought my first Triumph back in 2008. I had grown up riding dirt bikes as a kid and even had a motorcycle to commute on in college (love that SV650) but something about the Triumphs spoke to me in ways nothing else ever had. Even before purchasing one, I fell head over heels for them. Devouring as much information as I could find; the history of the brand, the influence the wars had on transportation, the birth of the cafe racer era. I literally couldn’t get enough. I went so far as geeking out on the history of the Triumph logo. For some reason, I needed to understand why operations shut down in Meriden and how John Bloor revived the brand, moving them to Hinkley in the early 80’s. The infatuation was not logical and I couldn’t even explain when I was so enamored. I just was.

The Bullitt OG2 in its “stock” form

Subsequently, there just wasn’t much information available at on cafe racers in 2005-2007. There was a couple companies making aftermarket parts but there were no big custom motorcycle websites, blogs, or Instagram at all. Funny to look back now and say that information on custom bikes was much harder to get “way back in 2006”. I was working my first post-college big boy job but still not making much money and didn’t think financing a brand new motorcycle was in the cards at the time. I was still rubbing pennies together to try to make rent and feed myself! I had my eye set on a Thruxton back then but they were brand new so used Thruxtons weren’t happening. Next on the list was a Scrambler 900. Still too expensive.

A year or two went by and my obsession for Triumph did not subside, and I was squirreling away a few extra bucks here and there. Finally, I found someone online selling a Bonnie for way too cheap. I made sure it wasn’t a mistake or a scam and literally left work midday and scrambled to snag the bike before the seller came to his senses. It was a 90 min drive through deep LA and I found a ride out there. I had ridden freeways before, but never through busy LA traffic, and certainly never that far before, but I didn’t care! I had finally secured my dream machine. 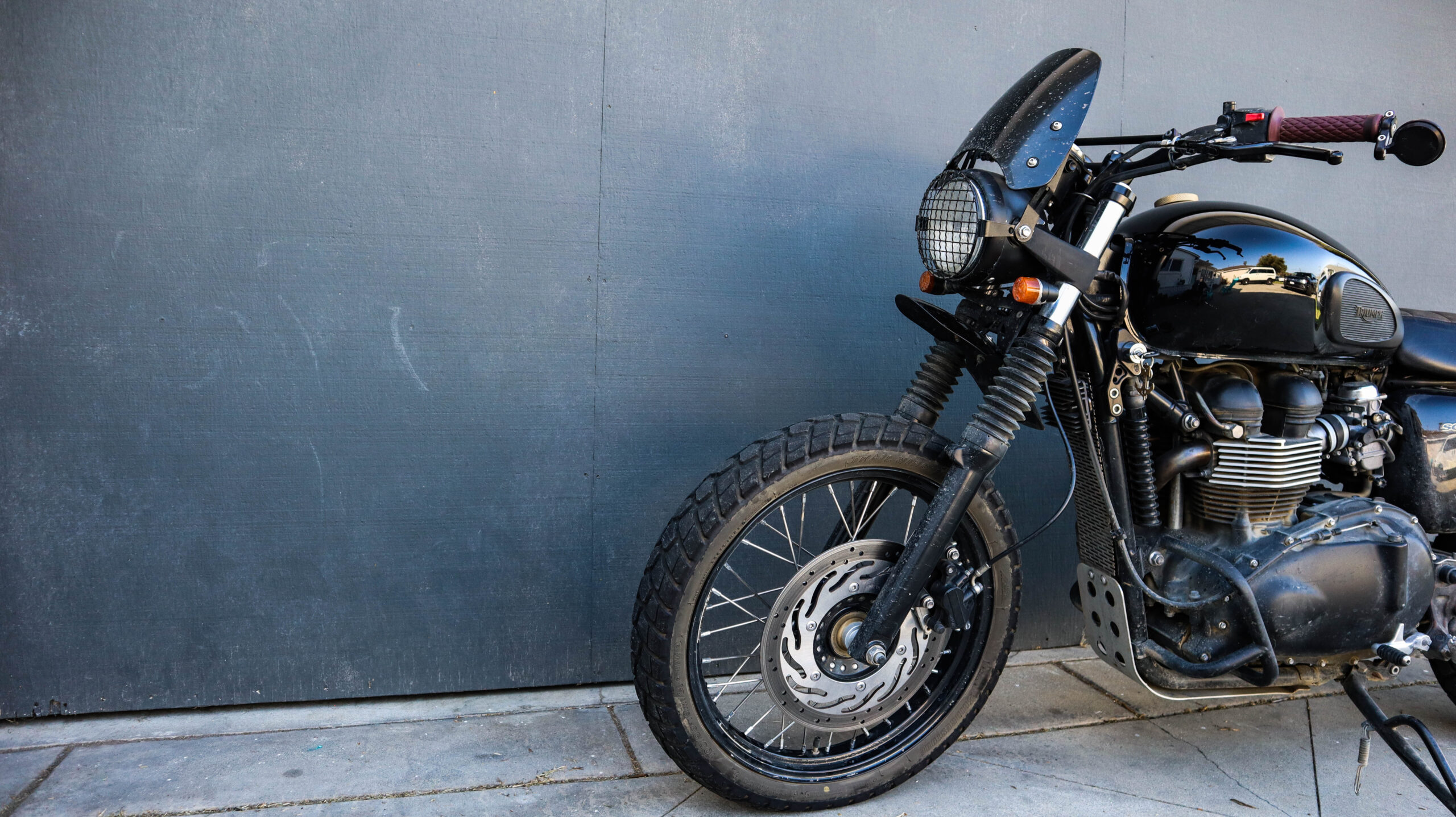 Stoked on a few of the accessories – but certainly not all

The dream machine evolved into my first real two-wheeled love, known better today as the Bullitt OG. That bike was my drug. Many years and many adventures later I found myself working for Ducati North America. At the time we had a French CEO (who I came to love) but he would give me endless shit for parking the OG in the back with all the Ducatis. It felt like it was time to move on and I naively sold her. This was back in 2016 if my mind still serves me. Since then I’ve had many bikes – many much faster and more capable bikes – but in some fundamental way, few even got close to scratching the same itch that my OG did. Across late nights and with bloody knuckles, I changed, removed, touched, upgraded and painted every surface on that bike multiple times. I knew it like I knew a lover. Never had I shared such a bond with a heap of metal. 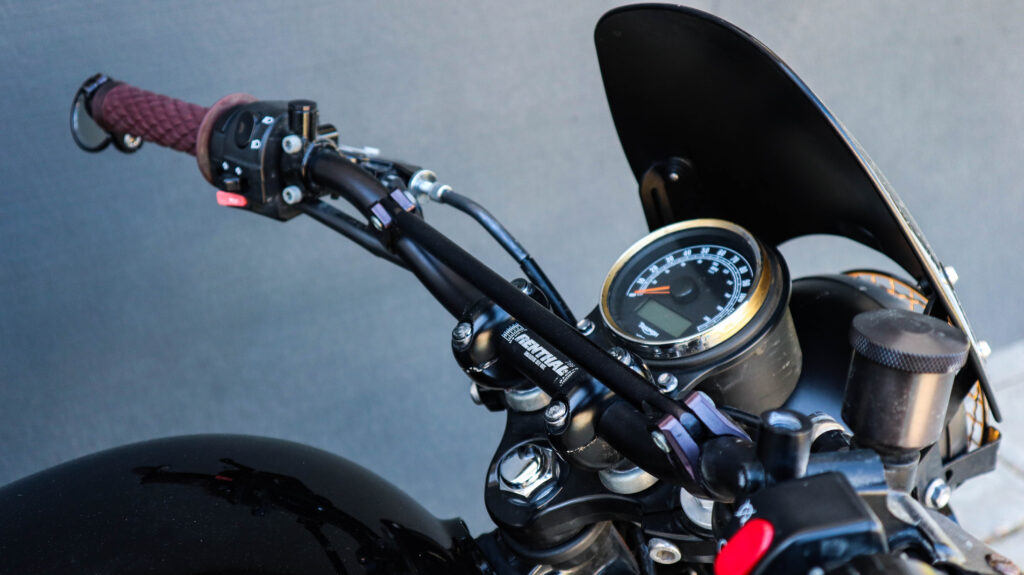 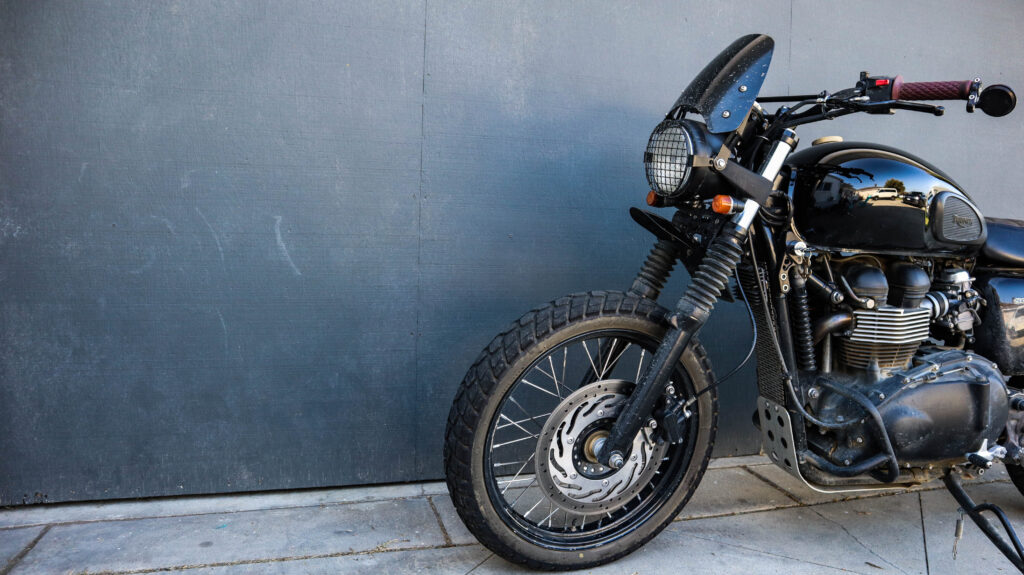 So, time marches on. Jobs and circumstances change and I’ve longed for another Triumph. Flash forward to a shitty 2020 and I needed a pick-me-up. I wasn’t really even shopping for another Triumph intentionally. One late night, I stumbled across a deal, showed up with cash – way less than he was asking – and he begrudgingly accepted. I left my car in Long Beach and rode that mother fucker home. Well, ladies and gentleman, this is the new Bullitt OG2, and we’re gonna do this thing all over again. And frankly, I couldn’t be more excited. 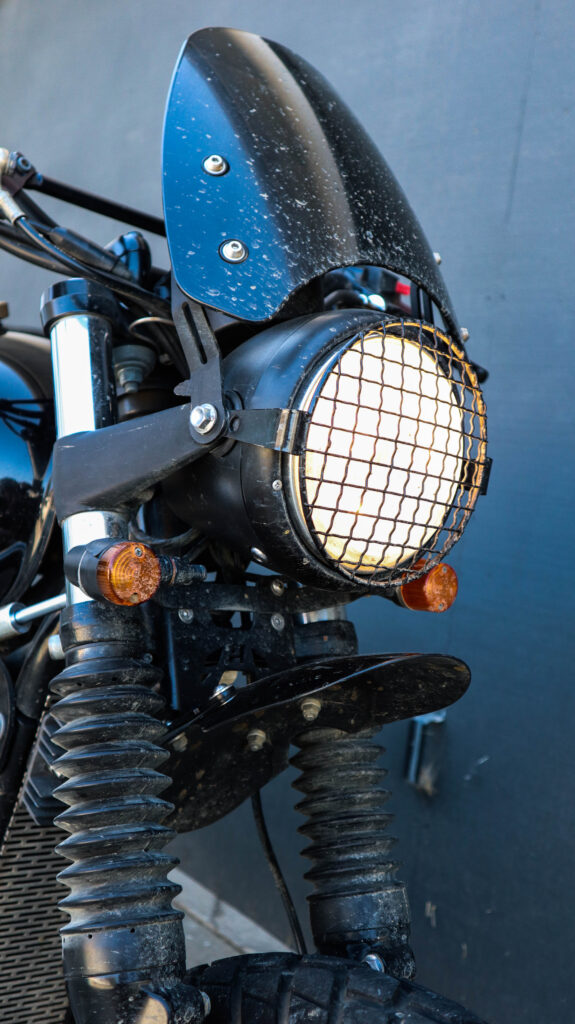 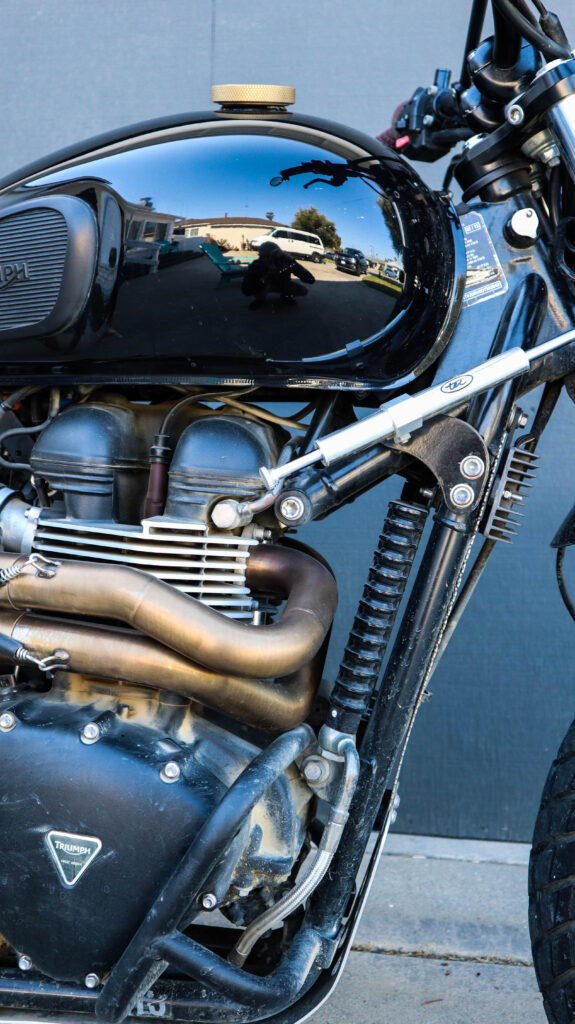 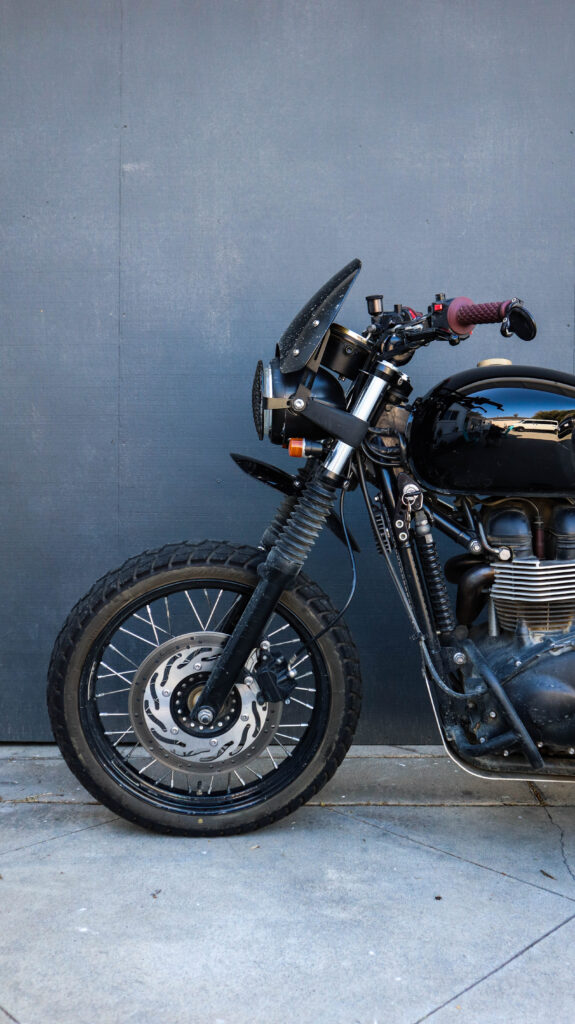 This time around I’m partnering with British Customs and somehow am more excited for this build than I was for the original. I’ve gained knowledge, skills, and industry connections. I have big aspirations for this bike but one thing I’ve promised myself is that I’m going to take my time, enjoy the journey more, and have a good time watching this bike evolve. Maybe it’s because I’m a dad now and am forcing myself to slow down and watch my kids grow. Shit, maybe I’m just getting older… Either way, we’re about to embark on a killer journey and I’m so happy to have you ride along. 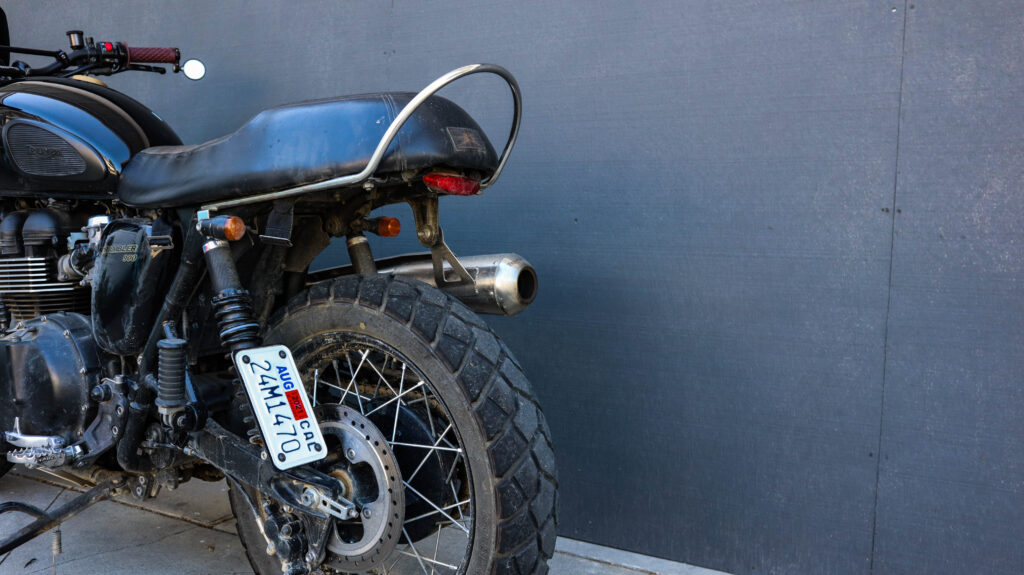 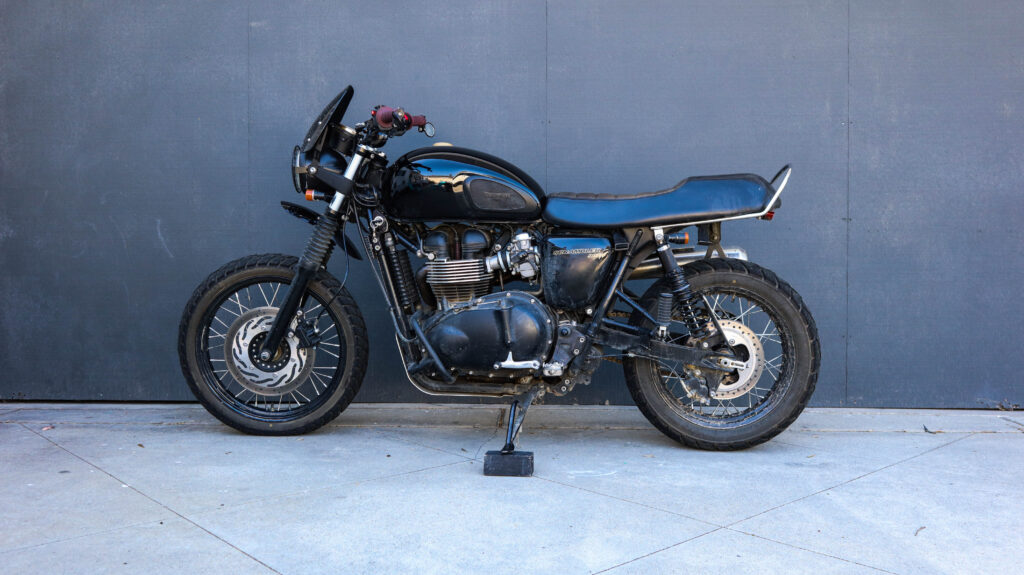 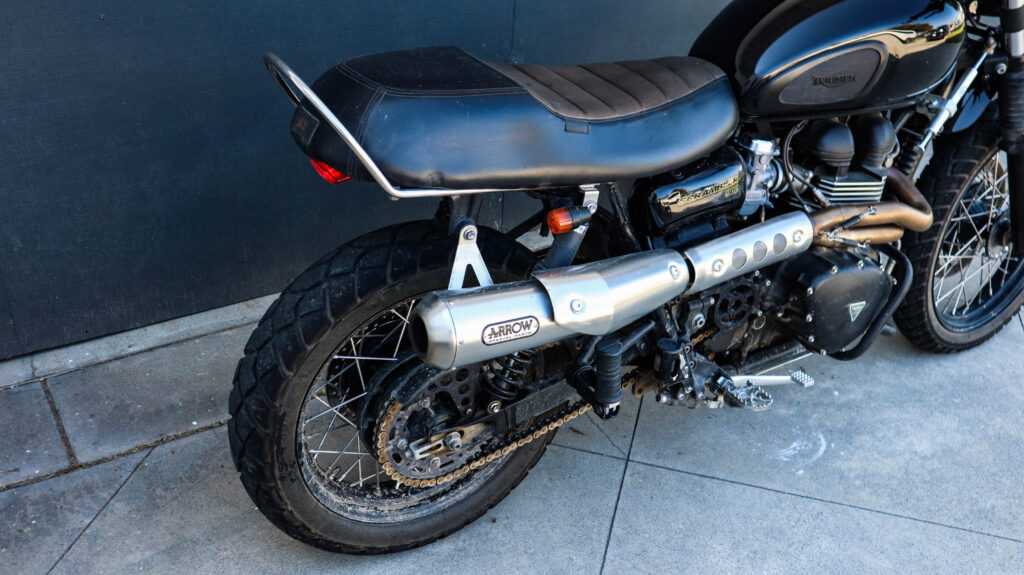 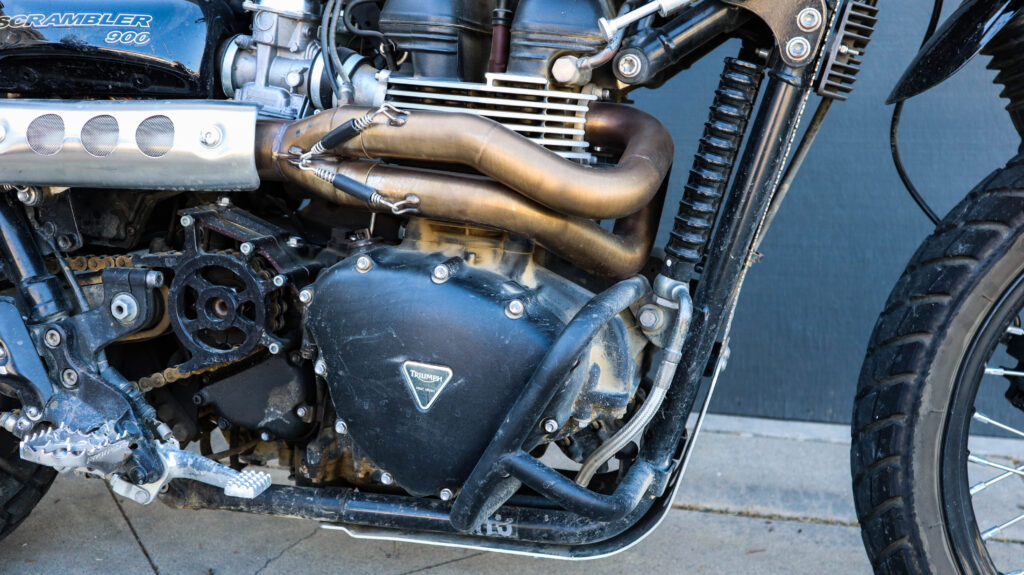 All photos you see here are of the “stock” condition I purchased it in. Stay tuned to see where we take the Bullitt OG2 from here.