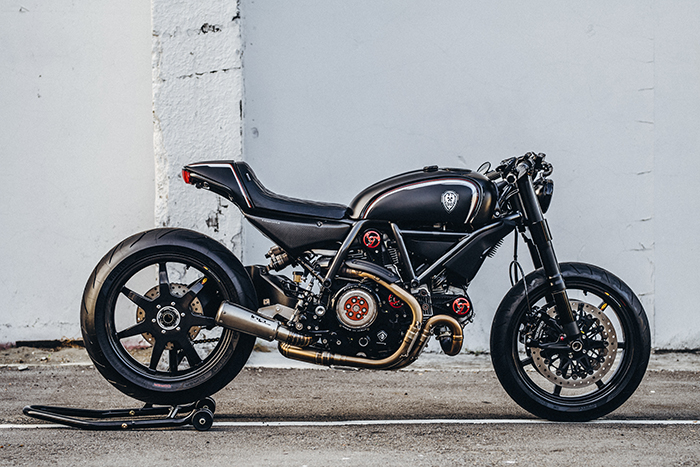 Another home run from Rough Crafts

Ducati’s relaunched Scrambler became an instant best-seller when it hit the market in 2015. Pulling on the heart strings of everyone who lusted after the first-gen Ducati Scrambler first debuting in 1962, the revived Ducati Scrambler ticked all the right boxes. An 803cc air-cooled desmo engine had a solid balance of power, agility and most importantly, affordability to draw people en mass. While the new retro Scrambler Ducati looks the business its stock trim, the platform begs for customization. We’ve covered a handful of killer custom Scrambler Ducatis already, Winston Yeh of Rough Crafts has certainly built a drool worthy rendition of his own. 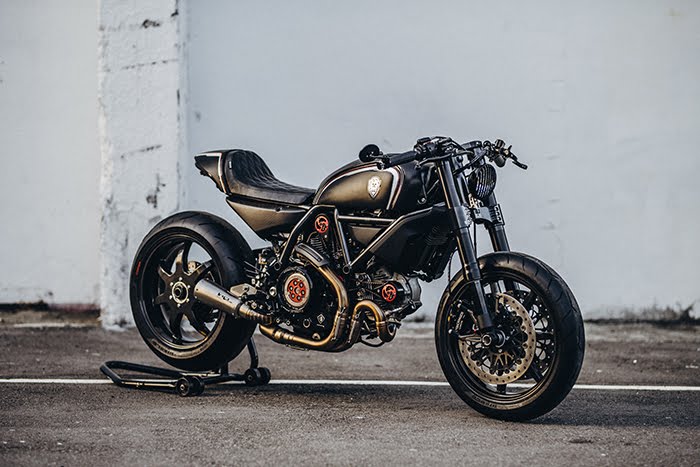 Dubbed “Jab Launcher”, the brutal cafe racer spin that Rough Crafts put on the Scrambler Ducati is dripping in top-notch parts and looks like it’s ready for a bar fight of its own. From every angle, one can see a symphony of lightweight components that blend together forming a cohesive and harmonious final piece. 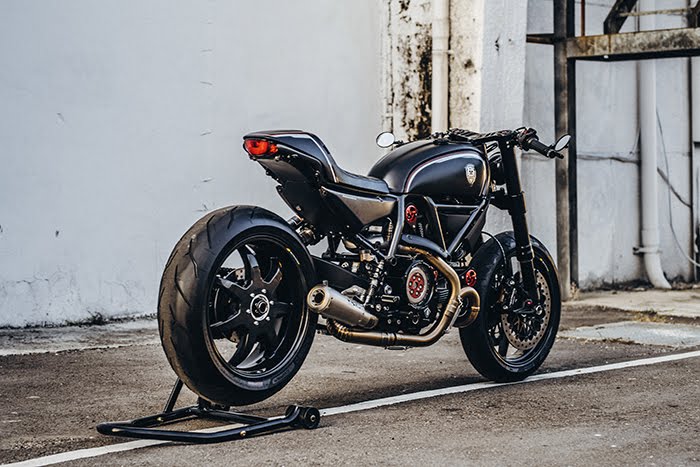 The build was commissioned by a friend of Yeh’s who was into a racy street styled bike bud never planned to actually take the bike to the track. So, a Panigale was out, and the Scrambler Ducati was in. Now it just needed to go on a diet, hit the gym, and get the Rough Crafts treatment. 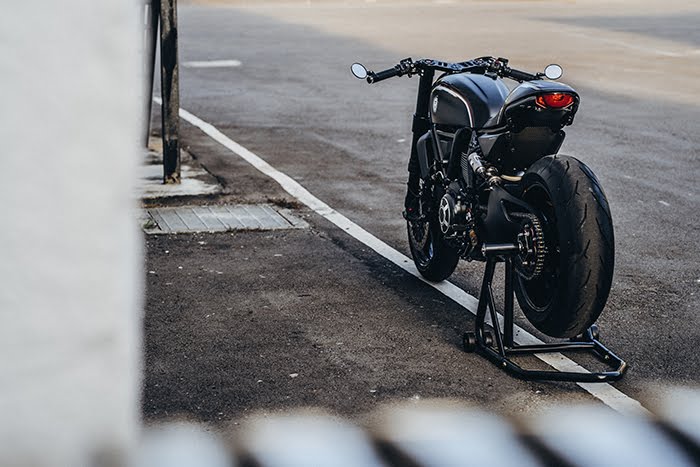 The basic plan was to make the bike lighter, cleaner and of course, tougher. 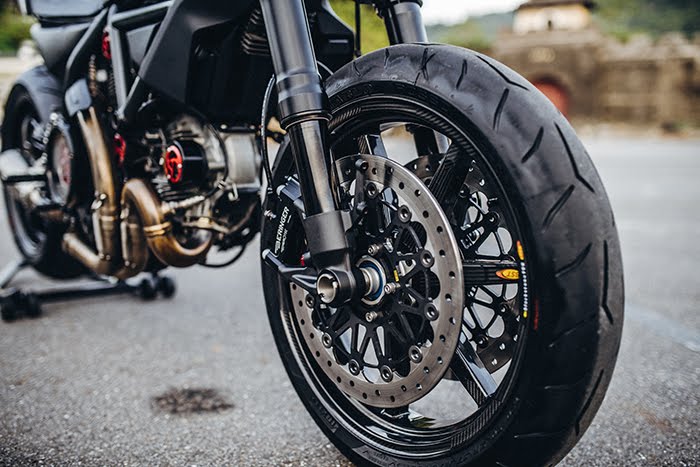 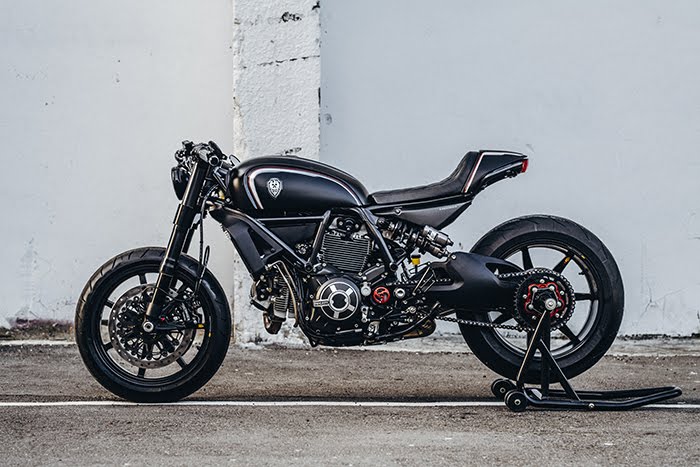 A beautiful single-sided swing arm from a Monster 1100 was coaxed in place of the less handsome stock dual swing arm, adding 4cm to the overall wheelbase. 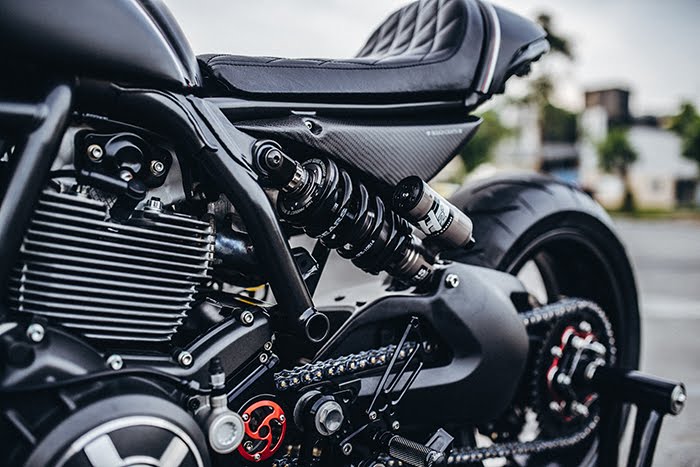 Wanting to avoid the ‘stretched drag bike’ look, Gears Racing was called upon to create a custom rear shock to accommodate. 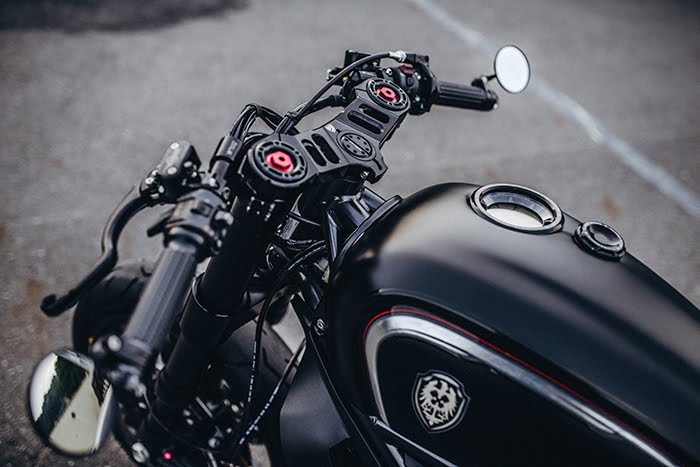 Rather than swapping out the main gauge, Winston frenched it into the tank itself, cleaning up the cockpit while retaining the factory dials. The overall silhouette of the tank was retained, but the sides were reworked to add a little of the Rough Crafts signature style. 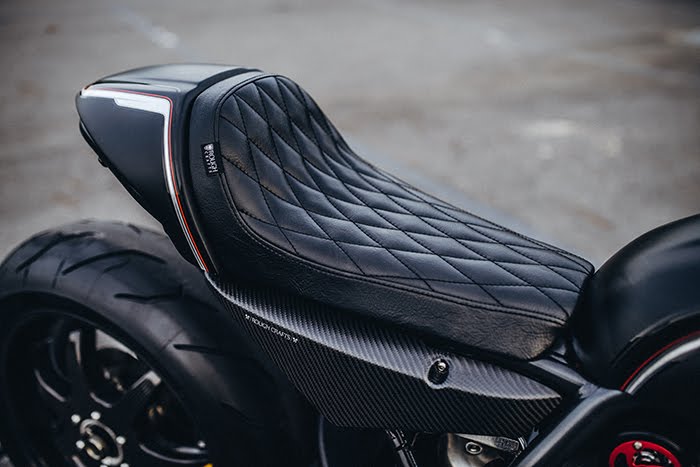 Rough Crafts-made carbon fiber side panels and a cafe seat complete the lines of the bike without requiring any cutting or welding to the frame. 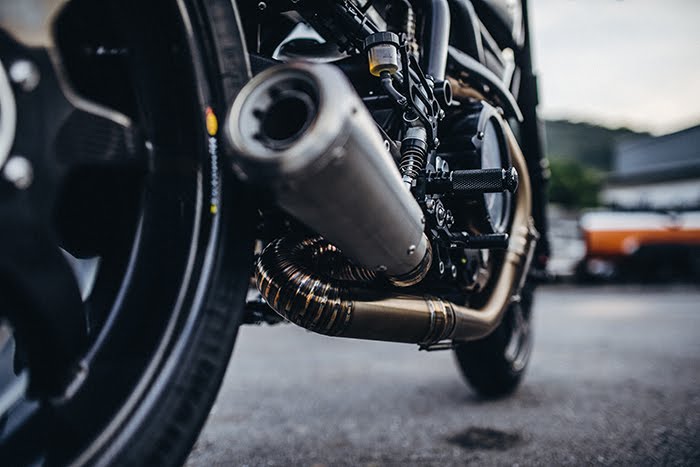 Winston shares, “About half way through the build, our friends from HP Corse put out their GP07 exhausts for Scrambler and are kind enough to give us a set, due to the Sato Racing rearsets we’re running we had to do some slight modification to make it work, but that pie cut mid-section is just too sexy to pass!!” 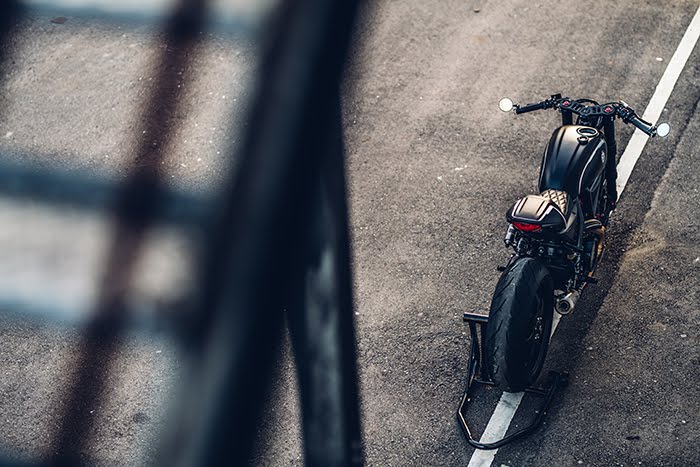 Lean, mean, and clean. This thing looks sexy from every angle! 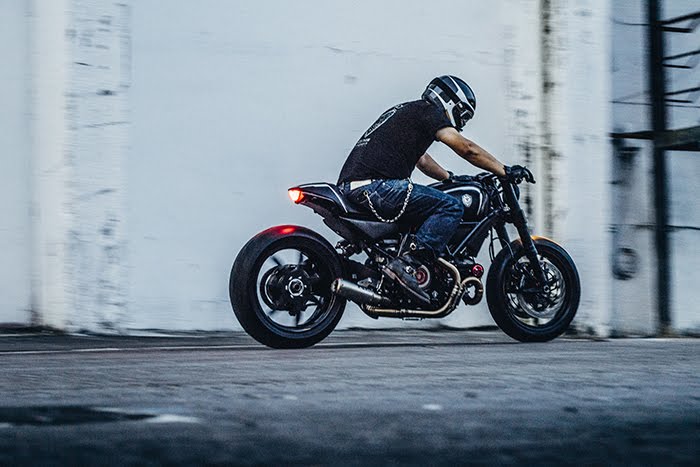 While nothing was done to the engine internally, with all the weight savings and top-spec components the bike is said to perform magnificently. Having ridden them extensively stock, and looking at the laundry list of mods, there’s little doubt that this bike is anything but a ripper! Safe to say this is one of our favorite builds of 2017 to date.