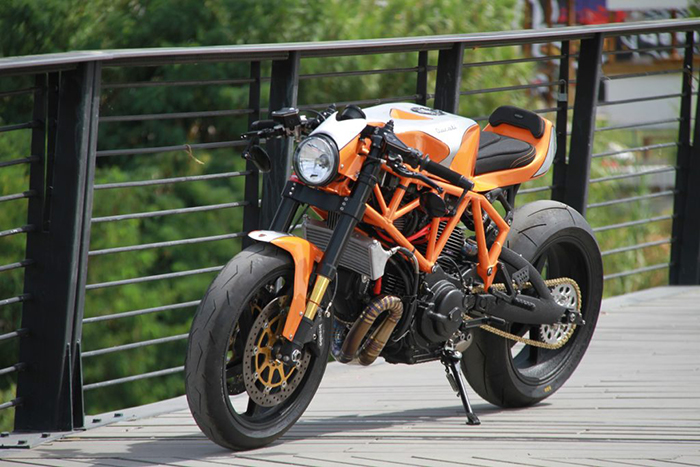 Orange is the new black

I had the pleasure of seeing this little stunner in person recently in Misano at WDW2016; Ducati’s World Ducati Week gathering that happens every other year. The bike was super clean in person and was clearly liked by more than just me, as it won the Ducati Garage Contest, a contest where everyone at WDW could vote on their favorite custom on display. 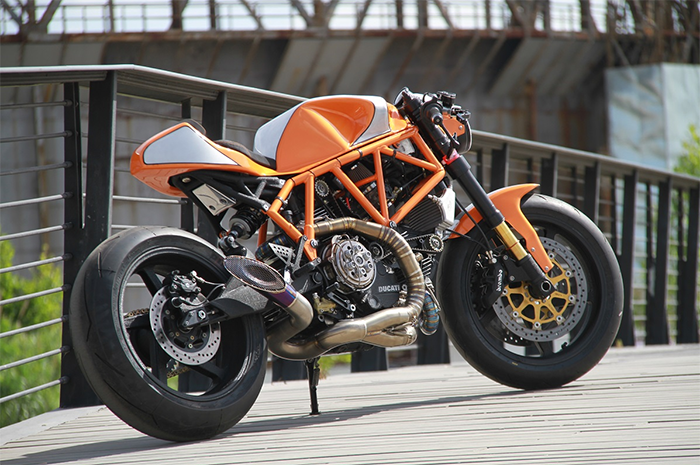 Utilizing a 2001 Ducati 900 SS IE as their base – which doesn’t happen to be my favorite version of the 900SS – owner Marco Graziani put his donor bike on a quick weight loss program. The end result is clean and simple and only the ‘go fast’ parts left behind, just the way I like it! 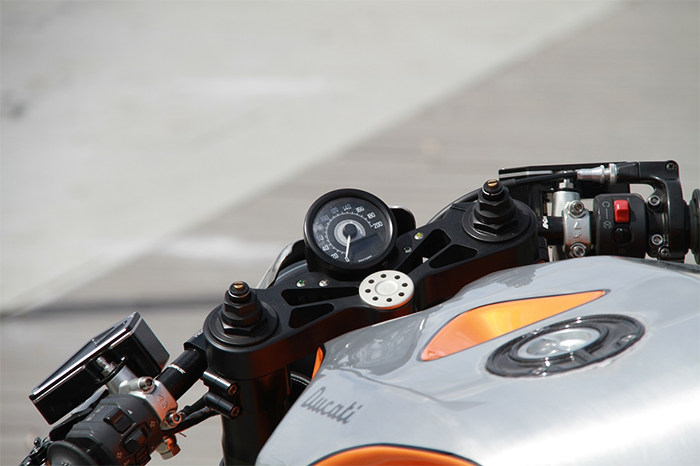 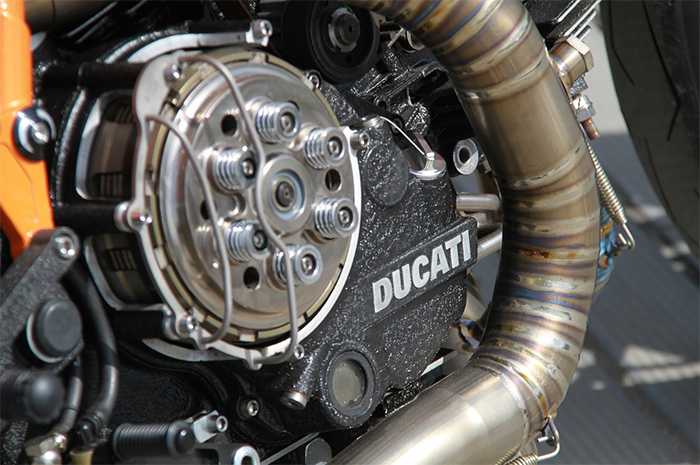 Who doesn’t love a good ol’ Ducati open clutch. The crinkle-coat on the engine cases seem to work on this application and those welds… 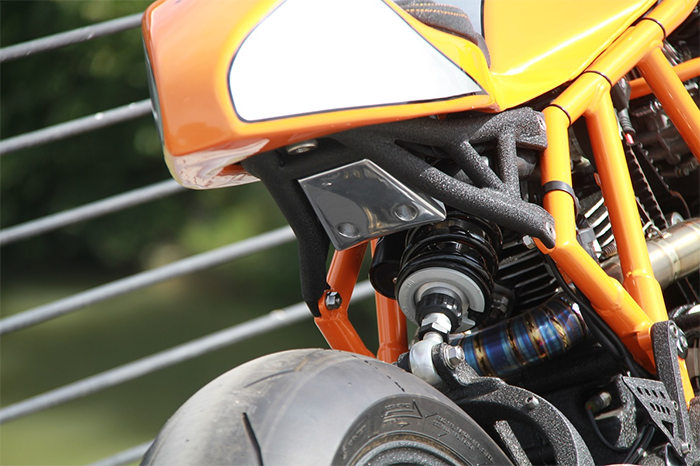 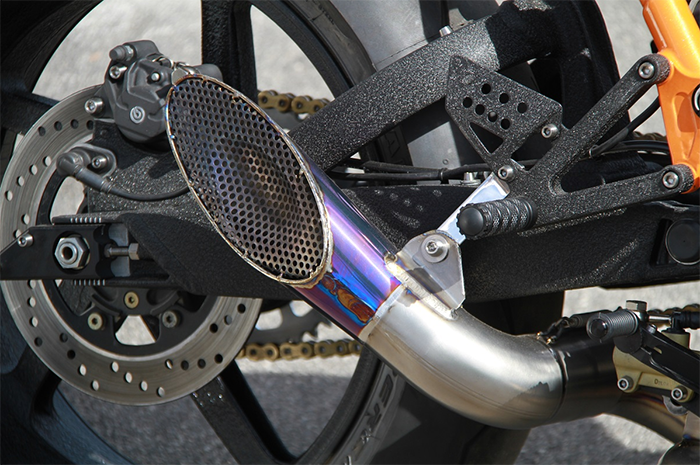 That slash-cut exhaust, custom done my Ajko really sets the bike apart. Upfront, the Showa forks have been overhauled and recoated. In the rear a mono Öhlins from a 1000SS keeps things suspended. Braking has been upgraded via a sourced Brembo system from a 999S. 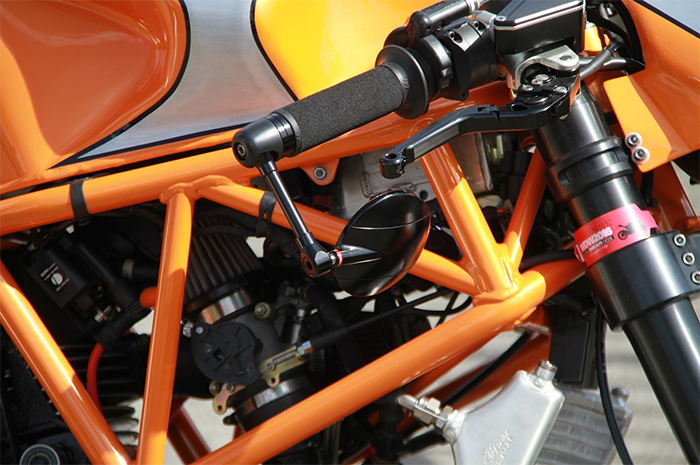 The wheels are a addition I really dig; Marchesini magnesium numbers from a Ducati 888, the same wheels used in World SBK in 1990. How cool?! Overall, while this isn’t exactly how I would build a Ducati cafe racer, I do love it. It looks fun, looks fast, and it’s refreshing to see a Ducati that’s not in a classic ‘Ducati color’. I’m sure some purists will not dig an orange Duc, but that’s fine with me. 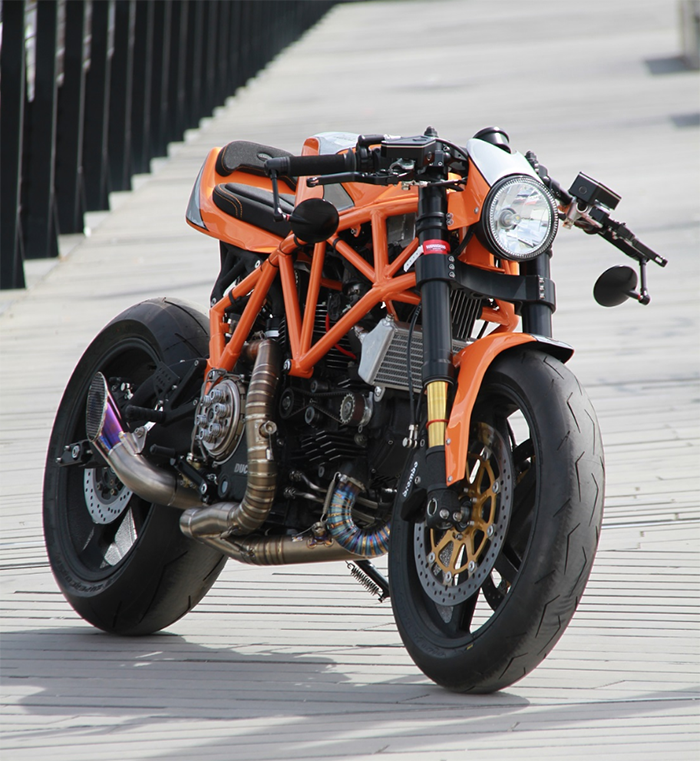