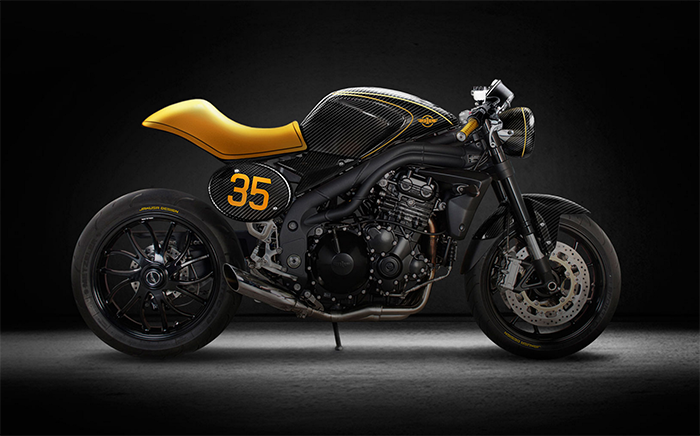 Triumph’s Speed Triple has been one of the long standing naked thats paved the way for many a streetfighter to come. Many absolutely love this machine but one rather objective aspect of the bike has always been its dual headlights.  With most people it’s love or hate, and I typically side with the latter. Personally, I just never fell for them, but maybe that’s just me…

I woke up to an email from The Drive a few days with this striking specimen that had me drooling for some time. Hungarian automotive and industrial designer Tamás Jakus took Hinkley’s bigger streetfighter and gave it the cafe treatment, at least digitally. In his stunning mock up know as Type 35, thankfully, he swapped in a singular headlight. Among the other mods, the most visually striking is its cafe-style seat that for reason, reminds me of a new Norton Commando. 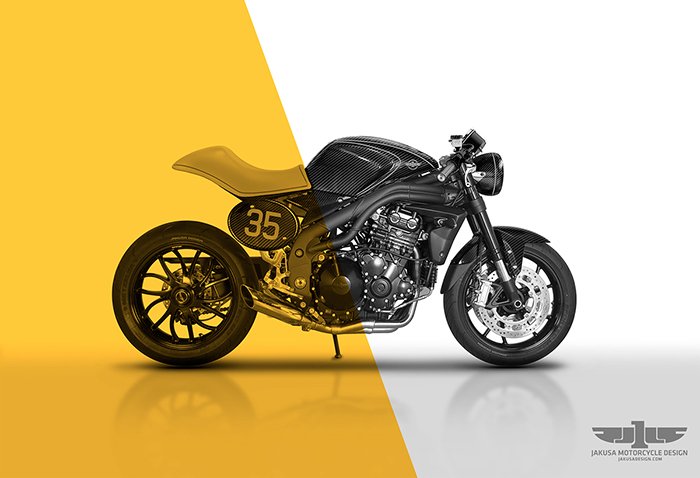 The GP-style exhaust looks rad and would likely sound good while that triple howls through the gears. Everything else just seems to work for me too. You can never go wrong with carbon. The seat color and accent pinstripes work too.

Who thinks he should build this thing? I know I’d like to see it in the flesh.