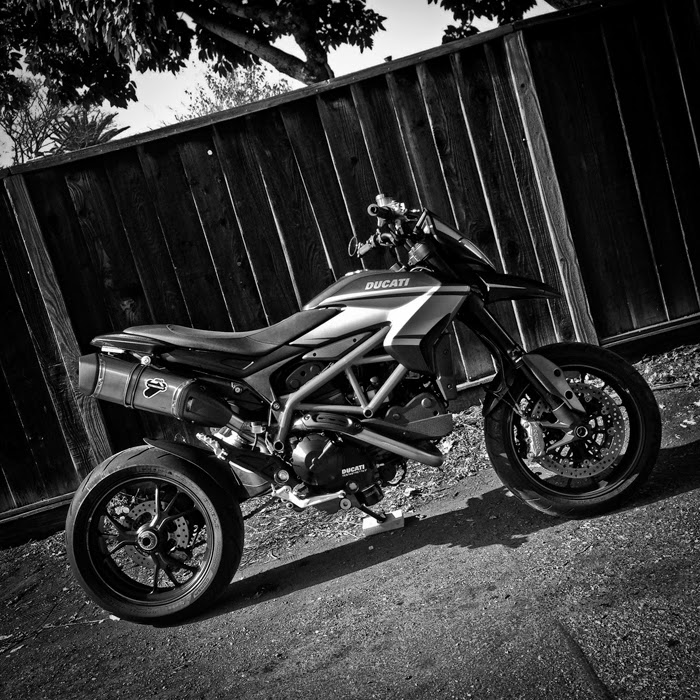 After months of running a little GP-styled exhaust that was louder than the loudest Harley, it was so amazing to hear what this bike was meant to sound like. The Termignoni full race system, with the included up-map, is amazing! It makes the bike smoother all around and has a much better top-end pull. The most noticeable change surprisingly came under deceleration. The sound is pure music and it turns the stock engine braking into a much more gradual process.

While pulling off body work and removing all the necessary parts required to install the new system, we hit a little snag. There was one bolt at the front of the airbox that was tucked near the neck of the frame that proved to be difficult. After pulling the whole front end off, and basically getting this bike down to a frame and motor, we decided we might as well remove the airbox altogether and add in some UNI pod filters. Let’s let this baby really breathe!

We hit another snag trying to get the UNI’s to sit on the manifolds. Whenver the filters were clamped down, they would slide right off! After a few curse words and a little time scratching our heads we realized that by pulling the snorkels out of the airbox and fitting them on the manifolds first, the filters would slip right on. Viola! 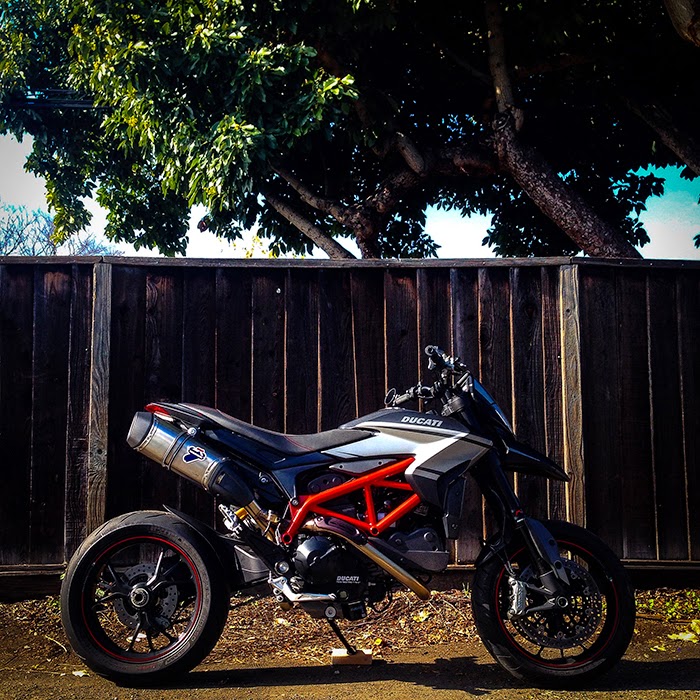 Overall the new Termi’s are a huge improvement to an already awesome bike. Highly recommended mod to any Hyper out there.

And for those of you that are dying to hear them in action; here’s a dark and somewhat shaky cell phone clip snapped moments after we finished. At least you’ll get the idea…