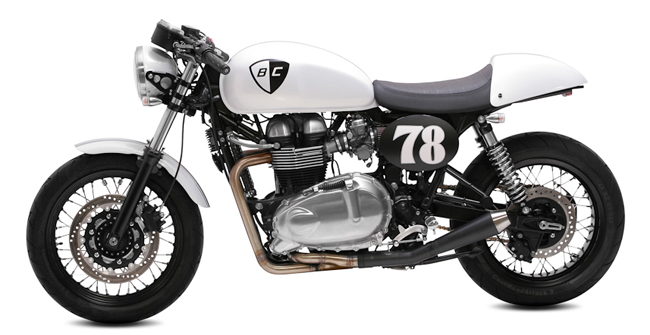 As seen on Cafe Racer

If you watched Season 2 of Cafe Racer you must have seen this bike. British Customs made this clean little Thruxton for the show and then we got to see the Bostrom brothers ripping it around the Malibu Canyons. I saw Bike EXIF’s recent post on this build and was surprised to see some of the comments where people were complaining that this isn’t custom because it’s all bolt-on parts. Newsflash people; that’s British Custom’s business model! They make cool aftermarket parts so that the average Joe can customize his bike into the cafe racer of his dreams without braking the bank. 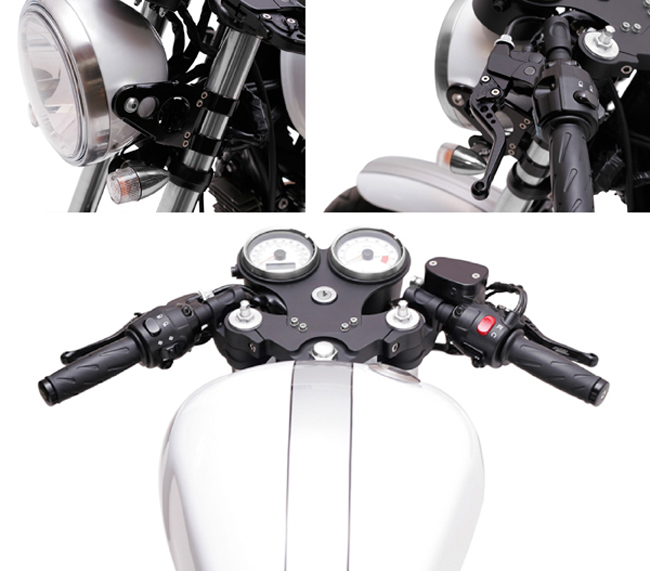 We feel that utilizing some creativity, a personal touch and even some (gasp) bolt-on parts, anyone could build their very own cool custom motorbike but we want to hear your thoughts. How do you feel about it? Does the BC Thruxton classify as a custom bike to you?