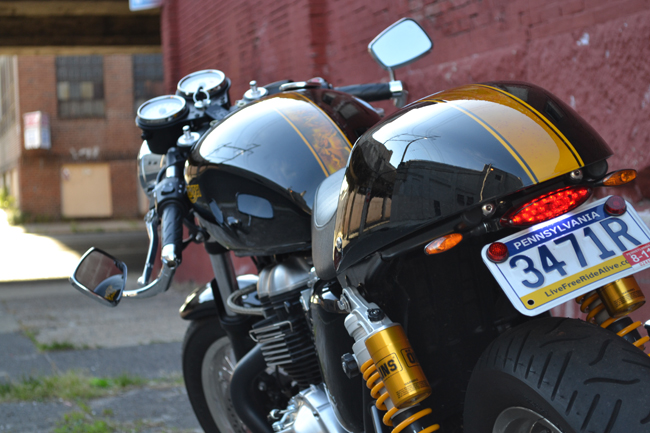 Check out this custom 2011 Triumph Thruxton. Owner Brian purchased his Thruxton in August 2010 and quickly started thinking how he could make the bike look unique. Unsatisfied with the original paint he began to think of his options. Being a big art history fan he chose the painting “Triumph of Bacchus and Ariadne” by Annibale Carracci (1602). After mocking it up in Photoshop he brought his concept to Fred Sicolli at Killer Kreations in Philadelphia. The rest speaks for itself..