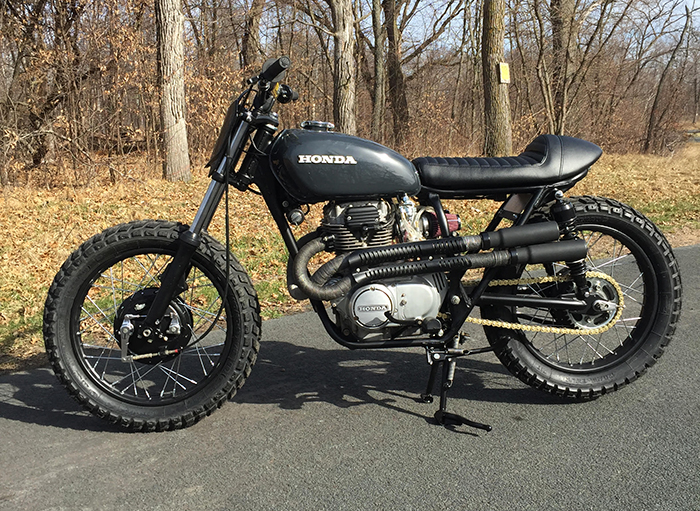 Ever wonder what an AMA Pro Flat tracker might ride around town?

Well, here’s expert GNC Flat Tracker Josh Koch’s custom CL360, and it can be yours! Josh is no stranger to spinning a wrench and his built himself a clean little street tracker that looks like a total blast!

Koch bought this bike last fall as a project bike. It had been sitting around for years and needed some serious love. Josh wasn’t scared of a little work and quickly disassembled the bike, cleared out any rust, re-coated what he could, and put back together better than ever. 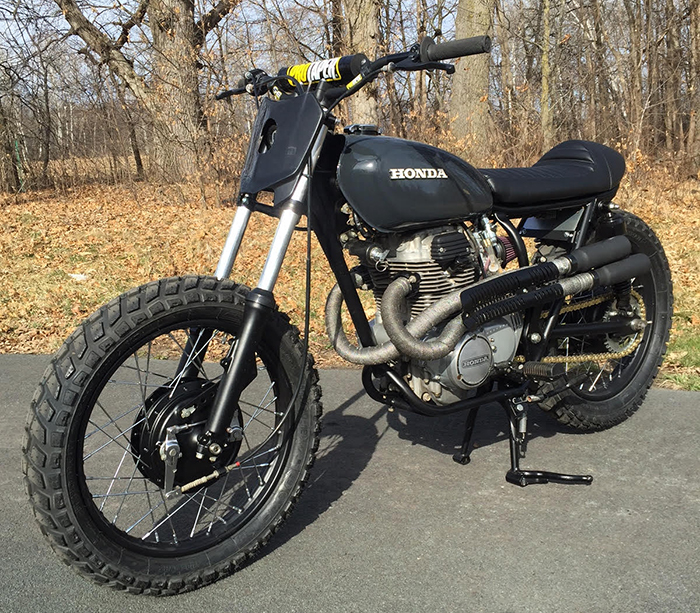 The frame has been de-tabbed and looped in the rear. The front headlight was removed for a tracker feel (naturally) and is now running a number plate off a CRF110. To make it street legal, Koch cut a hole and is running a small headlight through it. Out back, he’s running a bright LED strip light. The seat is a Dime City Cycles unit that conceals a small anti-gravity battery and the majority of the wiring beneath it. The tank was stripped, coated with Redkote and professionally painted. The wheels have been laced up with new spokes. 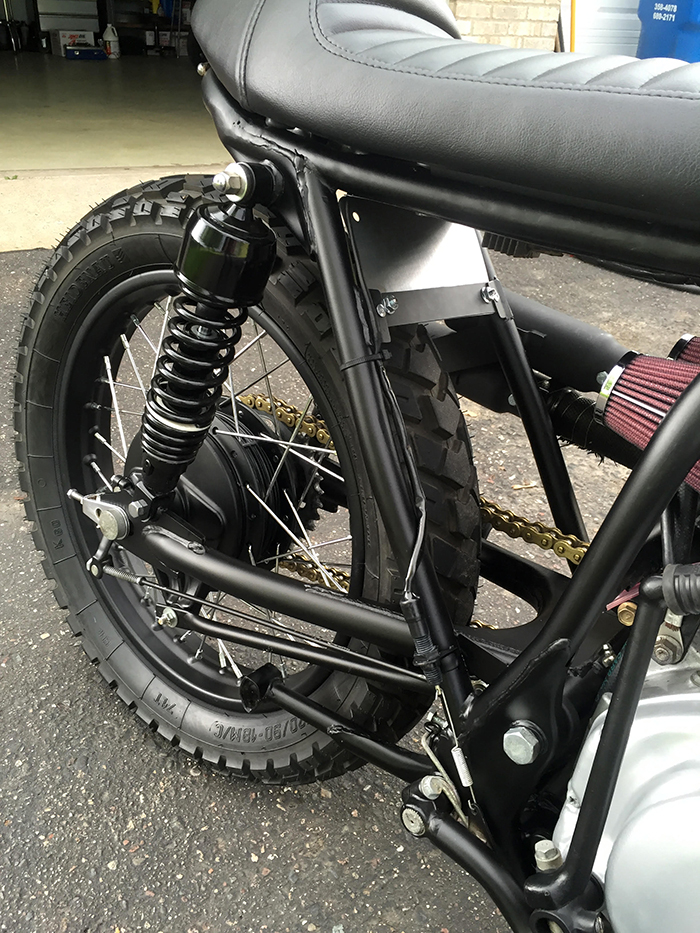 A new petcock and new Mikuni VM30 carbs keep the fuel flowing throughout the machine. He also ran new throttle cables, all new gas lines and hoses. The motor has been cleaned up as much as possible with the outer cases getting a fresh powder coating. New plugs and exhaust gaskets as well. The forks had some pitting but they’ve been filled and rebuilt with new seals. 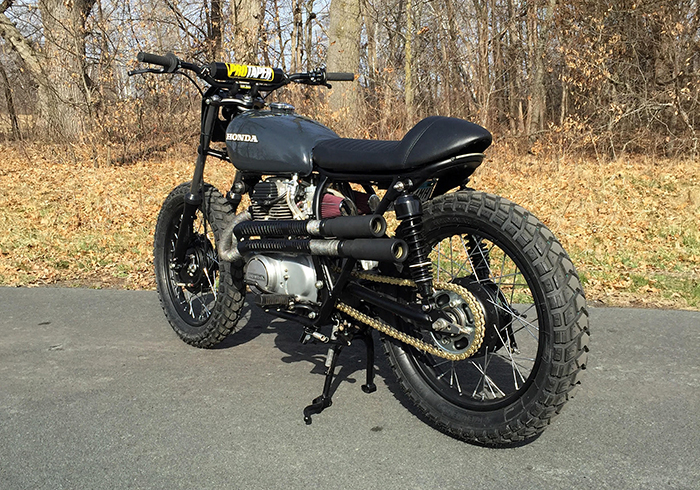 Every bearing on the bike was replaced. New bushings in the hub for the sprocket mount. New tires, tubes, chain, sprockets, shocks, mufflers, bars, controls. Pretty much a new bike from the ground up! 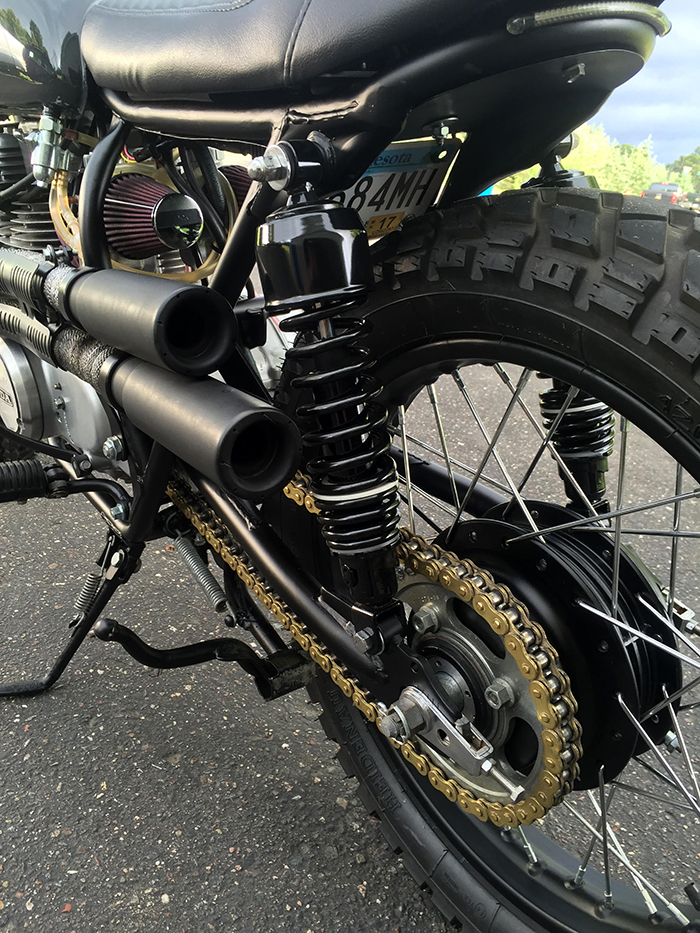 Josh’s CL is available now on ebay – check it out here. If we didn’t already have the Bullitt CB we’d probably get in on the action. Happy bidding!