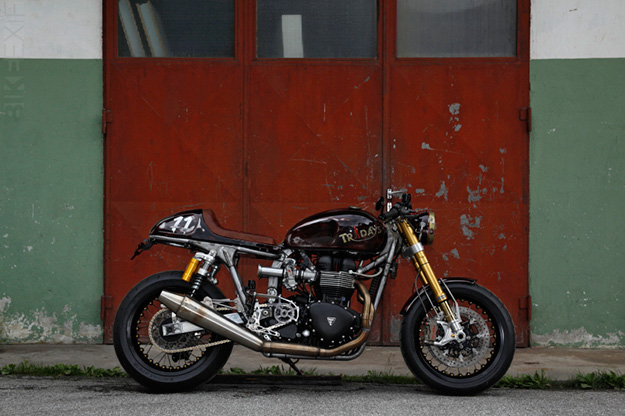 We’re in love with the Tridays-Eleven Triumph

I recently saw this beautiful Triumph Bonneville cafe racer on Bike EXIF and had to share. This is a custom build for Tyrolean screenwriter Uli Brée.  Brée is also the organizer of the Tridays festival held in Austria each year.  Q-Bike of Hamburg modified the frame and developed the engine, which now pumps out 94 hp. That’s an increase of almost 30 hp over stock, helped by radically revised internals and twin Keihin FCR41 carburetors with extended bellmouths. 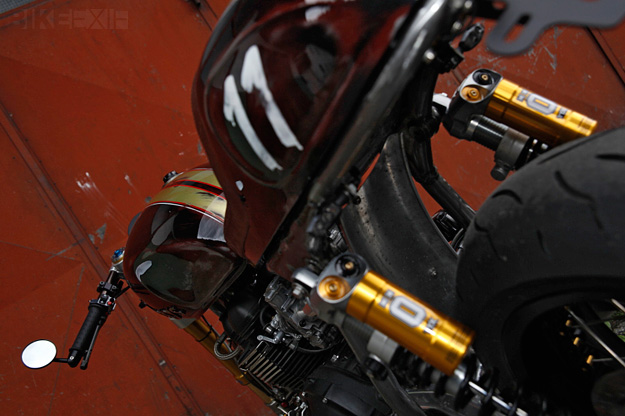 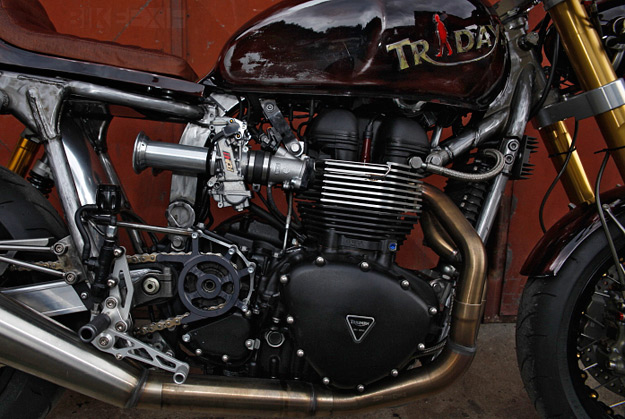 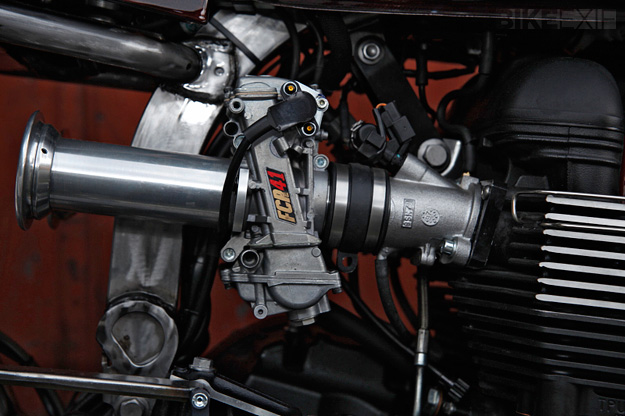 The geometry and suspension was overseen by LSL-Motorradtechnik, who installed top-spec Öhlins forks and shocks, plus LSL wheels, custom triple trees and bars. Finally, the bodywork was designed by Ivo Tschumi in Switzerland, and painted by Michael Schönen of Lackmus. 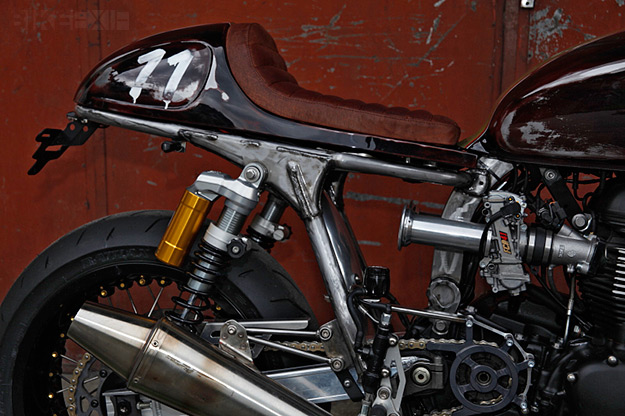 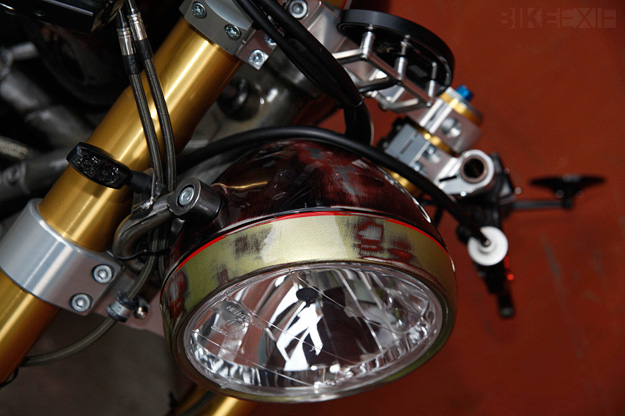