Custom builder Winston Yeh of Rough Crafts has been making waves with his unique and often brutally-styled builds. His latest build, and possibly most visually striking, dubbed the ‘Ballistic Trident’ definitely has the Rough Crafts flair we’ve come to expect. 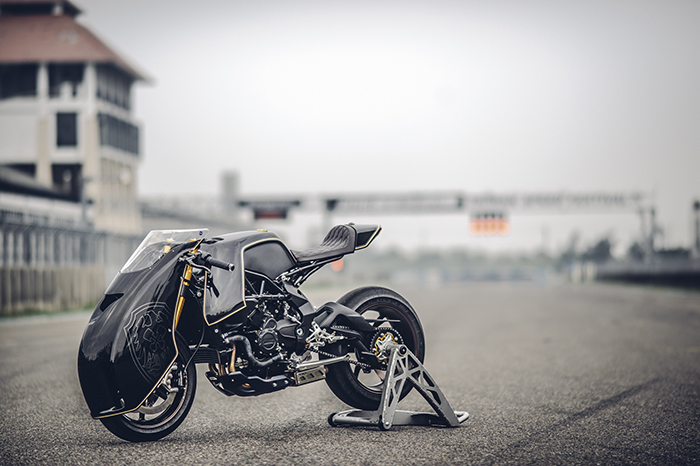 Commissioned by MV Agusta Taiwan, Winston was supplied with a new Brutale 800RR. He set out to capture the MV’s racing heritage and turned to old vintage GP images for inspiration. In the photographs, the first thing that really stood out to him was the old dustbin full fairings that many of the bikes were fitted with. He knew he wanted to incorporate that into the build but also knew he wanted to design around some of the original dustbin’s flaws, like their susceptibility for being blown around by side winds, and for their negative effect on a bike’s turning radius. 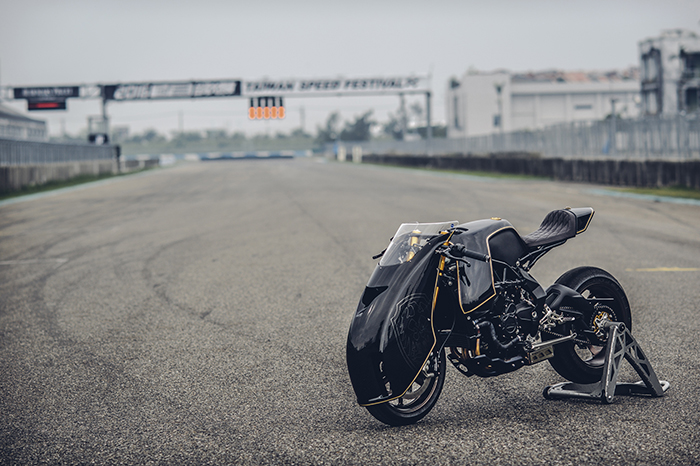 Yeh set out to create a modernized dustbin that turns with the forks and has a much smaller side profile, with a continuous curve that runs from the nose to the tail. The Ballistic Trident’s fairing was designed as a full-scale 3D model, then was carved out of a big chunk of wood, and finally molded into carbon fiber. The whole fairing can be mounted or dismounted quickly, and he has a little clamp to fit a headlight without the fairing so it could be converted to road legal fairly easily. 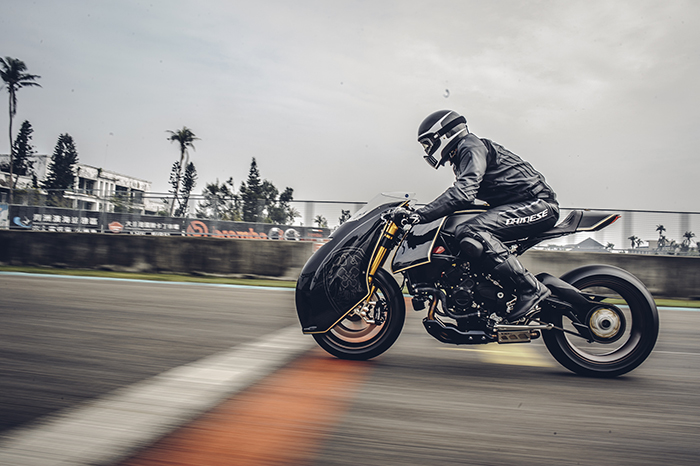 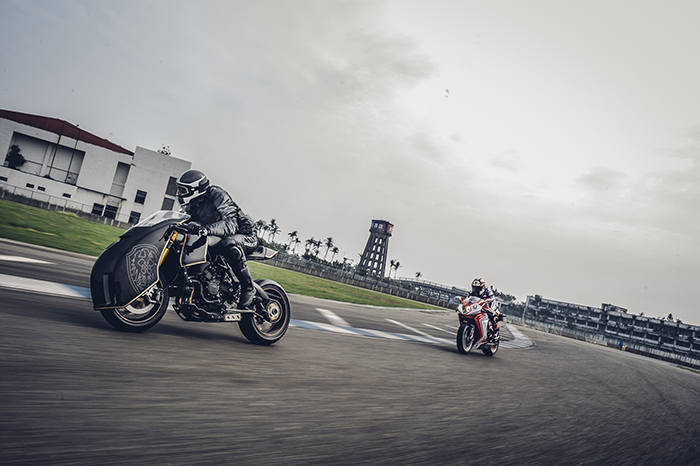 Yeh normally prefers to make his own exhausts but fell in love with a piece by exhaust-makers HP Corse that he couldn’t resist. Their ‘Hydro Tre’ piece is definitely a stunner with its three sweeping exits off the right-hand side. The rest of the components are top-notch including all titanium bolts, Öhlins FGR800 forks up front and an Öhlins TTX out back, Beringer Brakes, and Rough Crafts x Wukawa Industry Wheels. 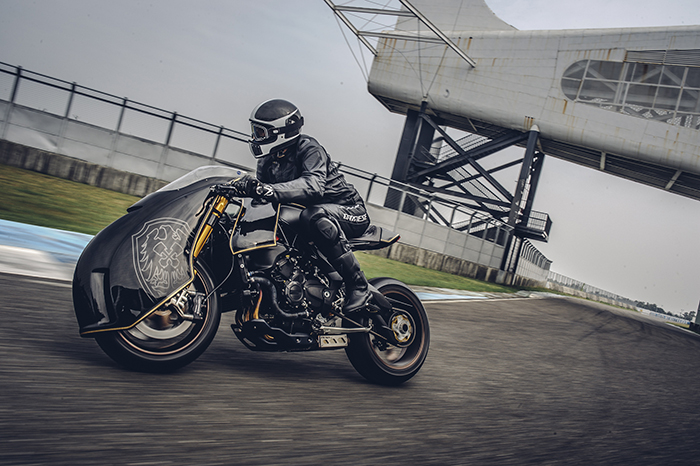 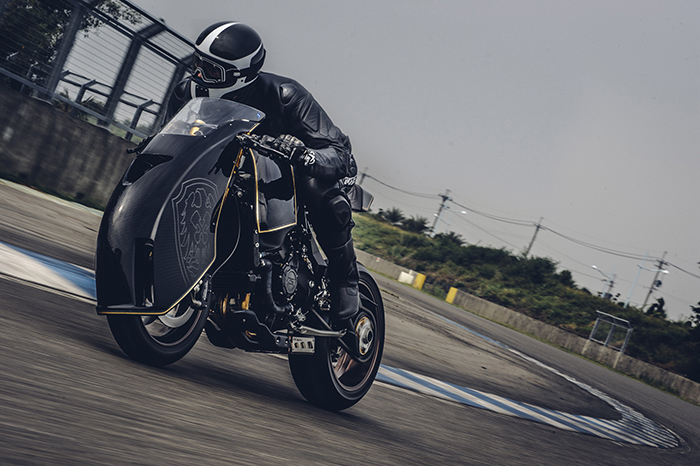 The Ballistic Trident is a visual work of art but it’s also clear that Winston put plenty of thought into functionality as well. When paying homage to vintage race bikes, you’d hope the final outcome would be a bike that could hold its own on the track and it sure looks like he’s accomplished that and more with the Ballistic Trident. 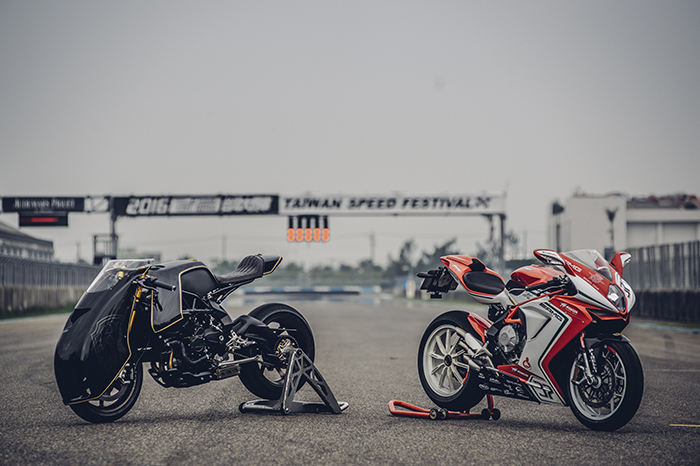 For your pure viewing pleasure, here’s a handful of additional glamour photos of this stunning build. Keep up the killer work Winston, we’re already looking forward to the next one! 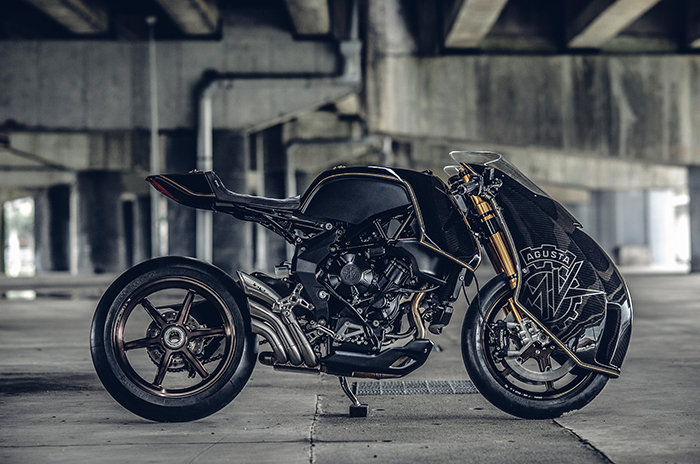 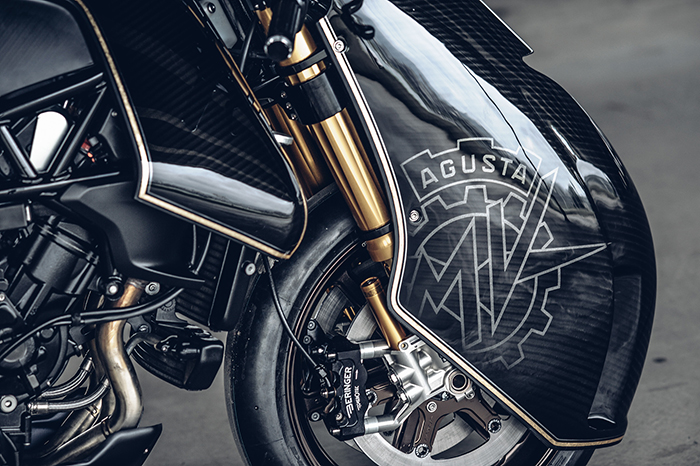 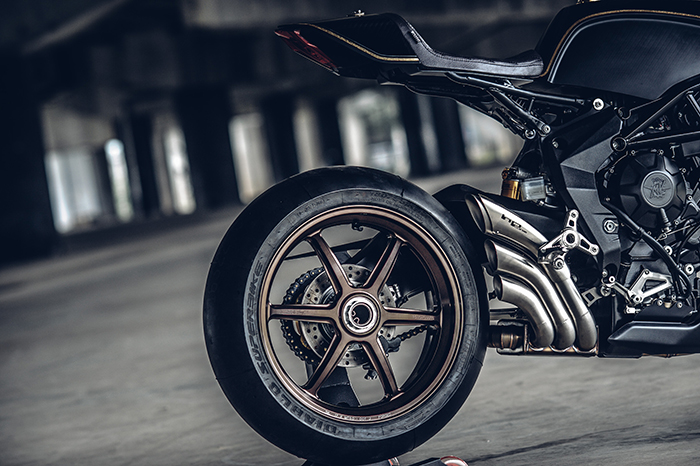 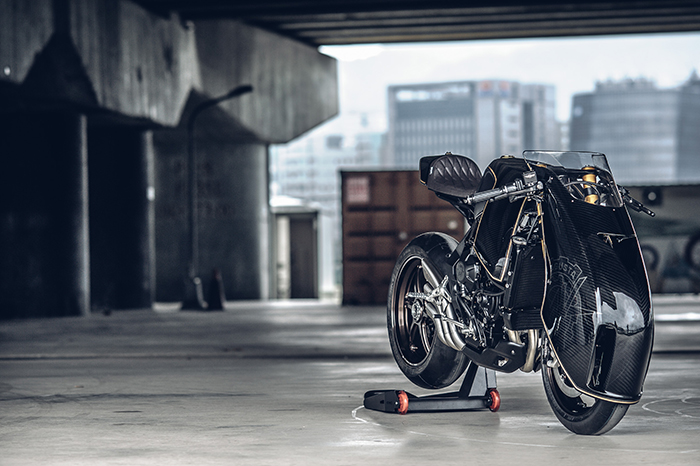 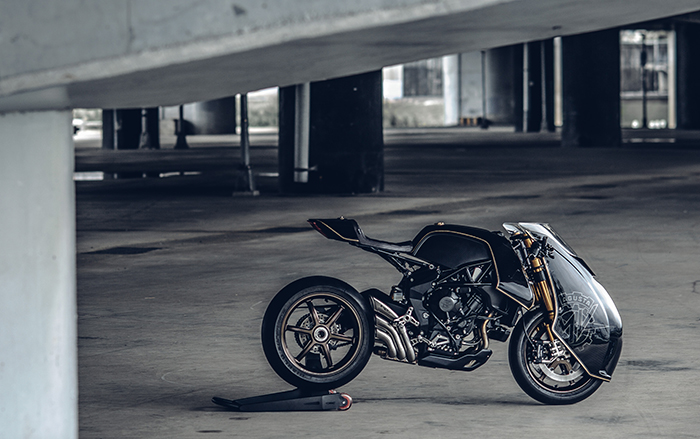 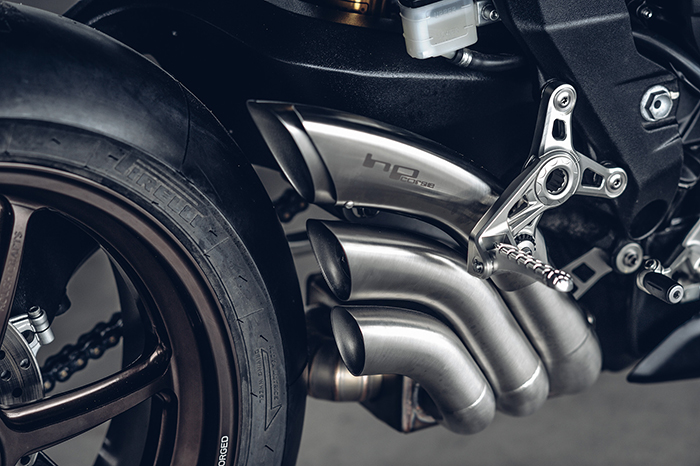 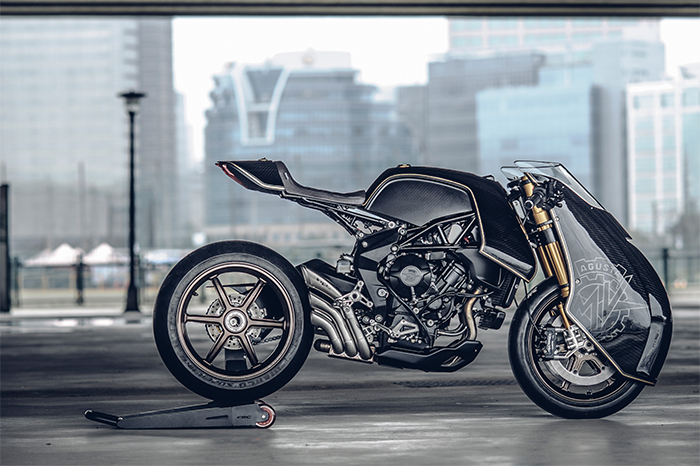 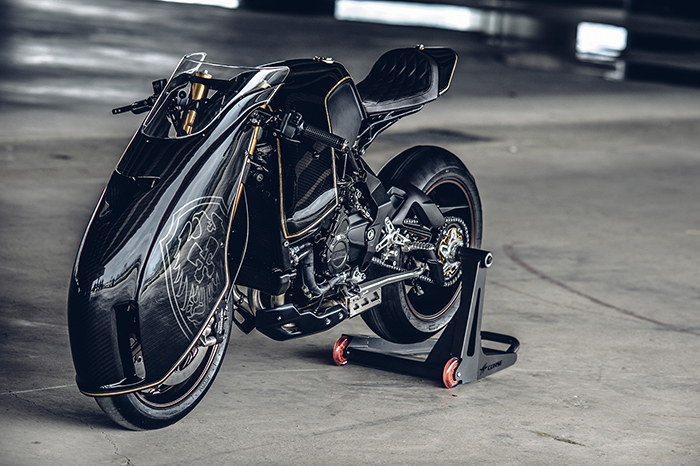 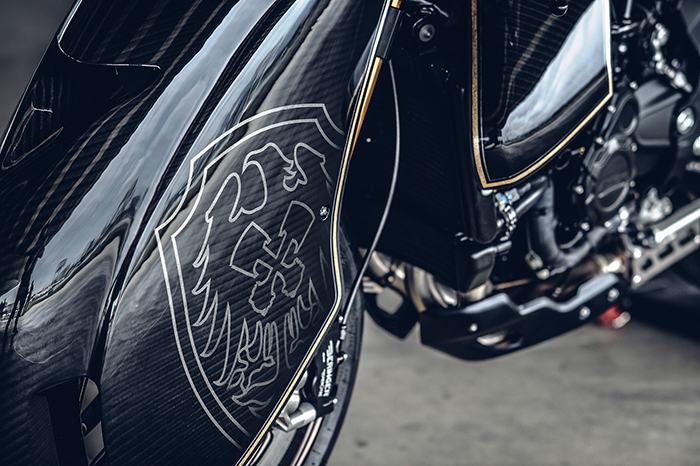 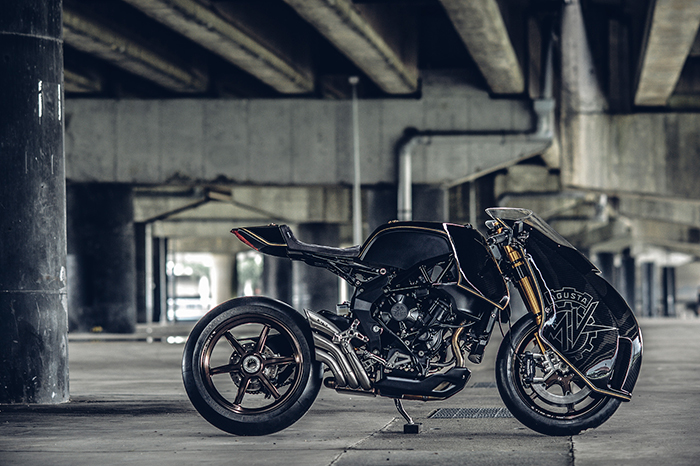